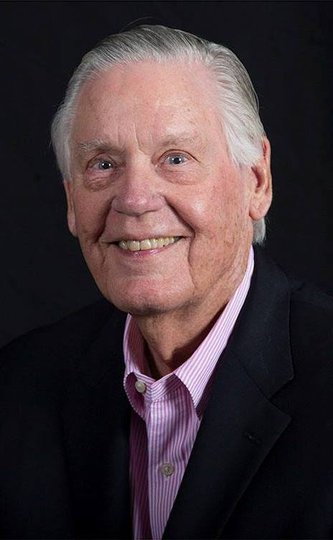 It is one of the most rewarding experiences in my 25 years of churning out columns. And it was a total accident. A happy accident.

You may recall that back in July, I asked my friend Hans Trupp in Brunswick his take on the recently-released “Top Gun Maverick.” He was a Top Gun during the Vietnam war and I was interested in getting his take on the movie and how authentic he found it.

Although I have known Hans Trupp for many years and have even done some business with him, until that column I didn’t realize the extent of his involvement in the war. He flew more than 200 combat missions over North Vietnam from two different aircraft carriers: the USS Ranger and the USS Constellation.

Among the many medals and commendations Trupp received, one stands out in particular: The Distinguished Flying Cross. It is awarded for “heroism or extraordinary achievement while participating in aerial flight” and “involving operations that are not routine.”

That was the case on June 14, 1966, when Lt. Hans Trupp and a colleague aboard the carrier USS Ranger took off in their F4B Phantom jets for a target not yet defined. “It was  3 AM,” he says. “and we had no idea what was going on. But once they tell you to go, you have 2 minutes to be in the air.”

It turned out to be two enemy planes bombing a PT boat trying to smuggle spies into Haiphong Harbor. Both planes were shot down by radar-controlled missiles. “We never had a visual on them,” Hans told me. “It was all on instruments. That was very unusual. We were instructed never to fire without a visual. This was an exception.”

It was also the only time in Naval history when planes launched at night from a carrier in all-weather conditions resulted in a kill of enemy airplanes. And this is where the story takes an incredible turn.

When I wrote about this episode back in July, I received a lot of mail from readers recounting their own Vietnam experiences, including a hand-written note from Fred Washburn in Dawson County who remembered that night very clearly.

Washburn was a seaman working radar aboard the destroyer USS Rogers and spotted two blips on the screen flying around in a circle. He had tracked them from Hanoi down to Haiphong Harbor. “I didn’t know what they were doing but I figured they were up to no good,” he said.

The problem was he had to convince his captain on the USS Rogers that these were bad guys and then get him to call the captain on the lead destroyer, the USS Kuntz, the only ship authorized to communicate with the USS Ranger. Fortunately, Washburn’s persistence paid off and the rest, as they say, is history. Hans Trupp promptly took care of the bad guys.

I shared Fred Washburn’s letter with Trupp who was astonished. “I have had a lot of questions over the years how this all came about and didn’t know until you sent me his letter. There are a million people who could have been running radar that night,” he said, “and it turns out it was a guy from right here in Georgia.”

With the persistence that can only come from a Top Gun-turned real estate mogul, Trupp tracked down Washburn and talked to him on the phone. The next step was a Zoom call and a face-to-face meeting 56 years after that fateful night. I was privileged to just sit and listen.

Washburn, an unassuming man who ran a service station in Albany for 41 years, told me he wasn’t much of a letter writer but that my column struck a chord with him. “I remember the whole thing well,” he said. “Fifteen minutes after the Ranger was alerted, Hans was out there doing his thing. It was the highlight of our whole tour.”

Hans Trupp got the kill and the Distinguished Flying Cross but wanted to be sure one thing about that episode got corrected. “The Kuntz received credit for what happened that night. Until I got Fred’s letter, I never even knew the Rogers was involved. The credit belongs to Fred Washburn.”  You read it here.

People ask where I get my ideas for columns. Sometimes it is pure luck. I had simply asked my friend Hans Trupp what he thought about a movie and ended up with an incredible story that beats any movie you could ever imagine.

You can reach Dick Yarbrough at [email protected]; at P.O. Box 725373, Atlanta, Georgia 31139 or on Facebook at www.facebook.com/dickyarb