Yandex.Direct added a new retargeting condition to the settings – “Only similar users”. This is an opportunity to target ads to a new audience, similar in interests and behavior to the advertiser’s clients.

All you need to do is select a target or segment and the option “Only similar users”. Ads will not be shown to those who have previously reached the goal or hit the segment. 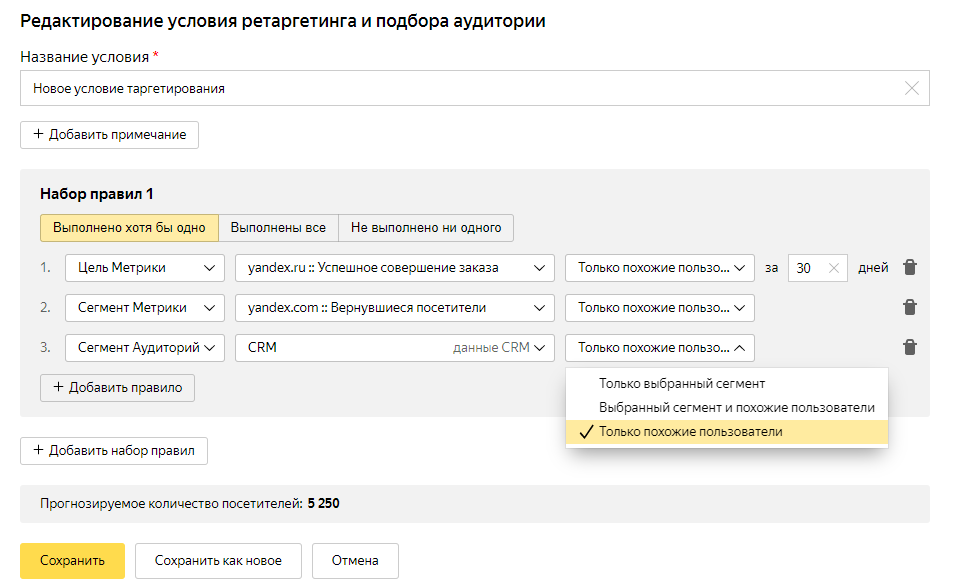 Using the new condition, you can create separate advertising campaigns for different segments of the target audience.

Users who have already been on the site and are familiar with the advertiser’s offers are easier to motivate to buy something. Therefore, you can raise the rates for such an audience.

Similar users are a “cold” and wider audience. Usually they pay less for it than for the return of those who have already been on the site.

For these users, you can set a goal higher in the sales funnel – for example, filling out a form. This way you can gather a new audience with which you can work further.

The new option can also be used in areas with seasonal demand.

A source: Yandex blog for advertisements