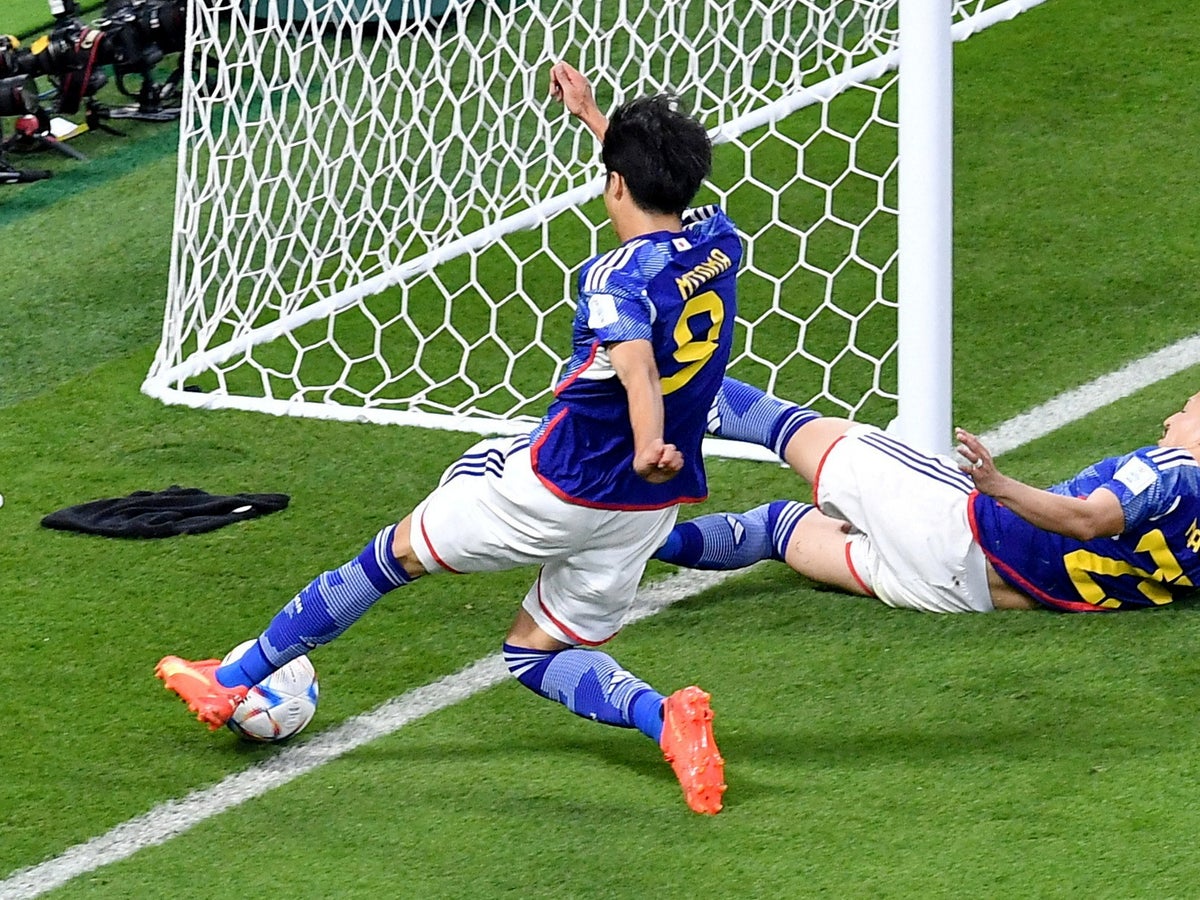 Graeme Souness has floated a conspiracy theory surrounding Ao Tanaka’s winning goal for Japan over Spain after a lack of replays from Fifa.

Gary Neville was left “uncomfortable” by the decision on one of the most dramatic nights in World Cup history to restrict the number of angles, while former referee Peter Walton described the move as “very peculiar”.

Japan ultimately held on for the win and top spot in Group E, a victory that ultimately ensured Germany were eliminated behind runners-up Spain on goal difference.

“We’re getting close to an hour since the incident,” said ITV Football pundit Souness after Japan’s Kaoru Mitoma kept the ball in play before Tanaka finished. “The longer they don’t come up with a picture, that last bit would show me that ball is out of play.

“The longer we don’t see that picture which shows conclusively that it’s not gone out of play, you’d think there’s something untoward going on. It has to be.

“There’s 80 million Germans, right now, going mad that shows that ball didn’t go out of play. I think every TV studio, pundit, people doing your job [presenting] is waiting, why, nearly an hour later are they not showing it? This is not subjective, this is a black and white situation. Show us the pictures.”

While Neville added: “I don’t believe in conspiracies. I just believe in this tournament they’ve just not demonstrated. I’m struggling with it, from that very first offside goal disallowed, Ecuador vs Qatar, I’ve struggled with it, I’ve found it uncomfortable we’ve not been given the correct angles and cameras, it just doesn’t feel right.”

“I’m at a miss as to why they haven’t showed it yet. They’ve got their reasons and only time will tell. I do think the evidence will appear sooner or later whether that ball hasn’t crossed the line.”