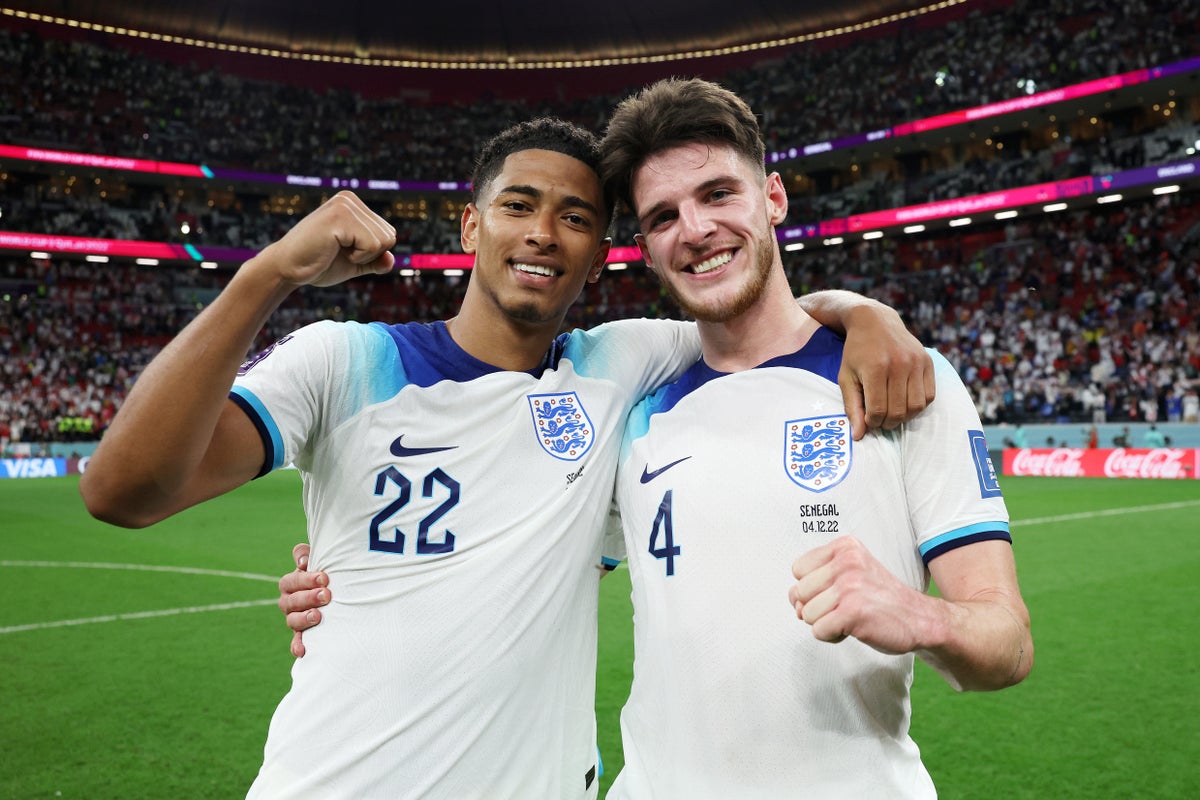 Declan Rice says England are “silencing the critics” and are a better team than Euro 2020, who the rest of the world should be “starting to fear”.

The midfielder added that Gareth Southgate’s side had been “flawless”. Rice pointed to a number of perceived negatives in the team, from scoring to controlling the midfield in big games, and insisted England were now ticking them all off.

“We’re silencing the critics,” he said after the commanding 3-0 win over Senegal in the World Cup last 16. “Going into the tournament, there was a lot of talk that we don’t score enough goals.

“That’s another one we’ve kept people quiet on. There was a lot of scrutiny around the defence and conceding goals, but it’s been solid. We’re going to keep building and pushing.”

Rice said England had evolved since last summer, especially with the introduction of Jude Bellingham in midfield.

“The boys up front, he can bring in an attacker and nothing will change. And the back four has been absolutely solid. We’re building a really nice foundation but it’s down to us now.

“Against the big teams, there has always been a lot of talk on us using the ball. I think in this tournament we’ve pretty much controlled every game. We’ve had a fair share of possession, we’ve moved it really well.

“The opening stages have been really shaky because teams are really trying to stop us playing. But once we get that goal, they have to change. It opens up and then you really start to see us play.”

Rice feels England’s displays so far, where they have scored 12 goals in four games and only conceded two, have not been given as much acclaim as other nations.

“I’ve said it all along, I don’t think we get the credit we deserve in our performances.

“I think if you look at other teams, like Holland and Argentina, they win their games comfortably and they get called masterclasses. With us, it always gets picked off. The negative things always come that way. If you look at the last couple of games, it’s been faultless.

“I think countries, like I said the other day, should be starting to fear us now because we’re a great team.”

Rice, for his part, did stress that all of this will mean little if England do not beat France. He did say that the squad had been watching their games – including before the match against Senegal – and had spotted weaknesses.

“There’s no point buzzing about tonight if we can’t push on and beat France. These are the games we want to play in. They only come round once: England vs France, quarter-final, it doesn’t get bigger than that.

“We’ve got six days to prepare now and I’m sure the world will be watching. We really want to progress.

“Against France, we’ve seen some weaknesses in them that we can try to exploit. It’s set up for a great game.”