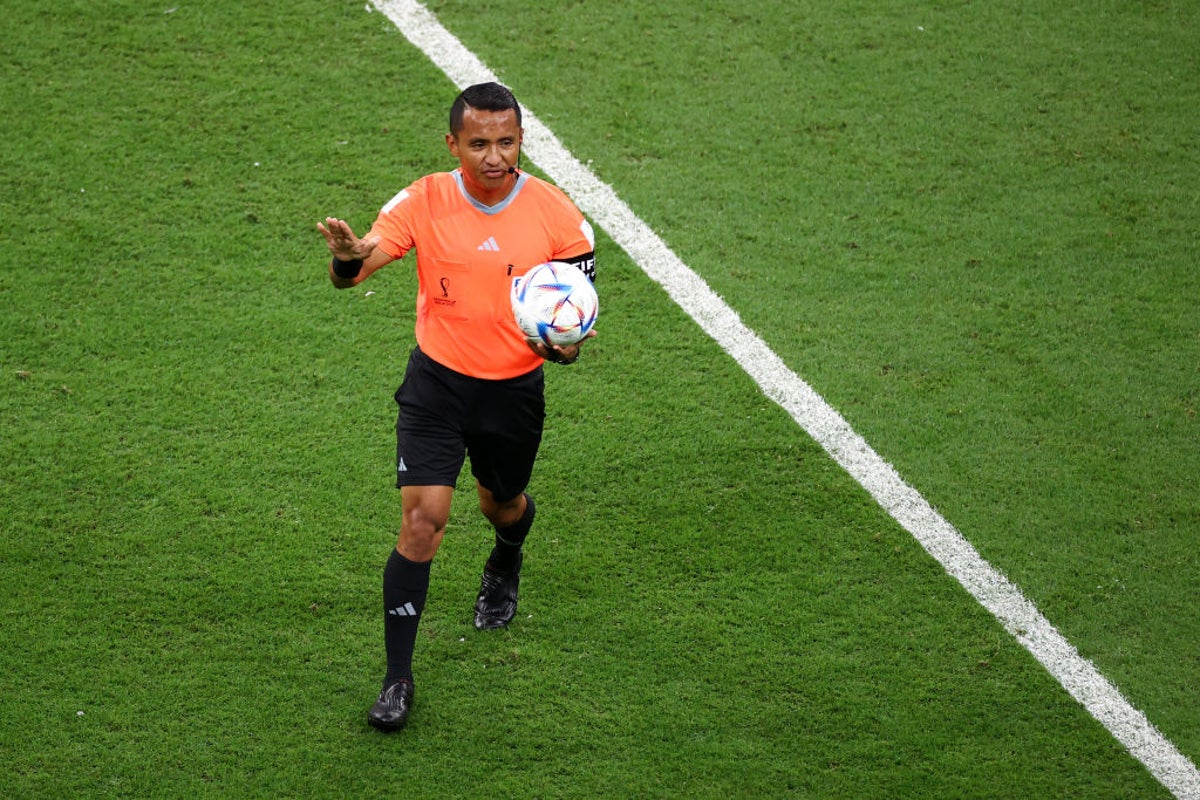 Referee Ivan Barton is in charge of England’s last-16 clash with Senegal at the World Cup.

The 31-year-old referee from El Salvador is making his first appearance at a World Cup and has officiated two matches so far in Qatar: Japan’s shock victory over Germany and Brazil’s 1-0 win against Switzerland.

Barton has been a Fifa listed referee since 2018 and has previously officiated in Concacaf qualifiers, as well as in the El Salvador domestic league.

England have yet to receive a yellow card at the World Cup – the only team to do so.

It means Gareth Southgate has no suspension concerns ahead of the last-16 clash with Senegal.

Picking up two yellow cards at the World Cup results in a one-match suspension. Yellow cards are cleared after the quarter-final stage.