Facebook-owned WhatsApp is suing the Indian government over new regulations that it says could allow authorities to conduct mass surveillance and undermine users’ privacy.

The messaging platform said on Wednesday it had filed the lawsuit in the High Court of Delhi. It argued that India’s new “traceability” rules, which required technology companies to hand over details about senders of private messages, violated citizens’ constitutional right to privacy.

In a blog post, WhatsApp said that traceability rules, which it suggested were being put forward by several governments, would force it to break the end-to-end encryption that concealed users’ messages and would pave the way for “a new form of mass surveillance”. India’s traceability rules were announced in February as part of sweeping new social media regulations that are due to come into force on Wednesday.

“Civil society and technical experts around the world have consistently argued that a requirement to ‘trace’ private messages would break end-to-end encryption and lead to real abuse,” WhatsApp said. “WhatsApp is committed to protecting the privacy of people’s personal messages and we will continue to do all we can within the laws of India to do so.”

The lawsuit was first reported by Reuters. The new rules will allow the government to take down posts it deems offensive, decrypt messages and regulate internet streaming services and online news. 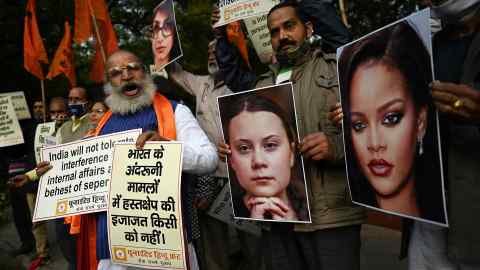 The requirements have heightened tensions with social media companies. Twitter had a high-profile spat with New Delhi this week after it labelled a tweet by the governing party’s national spokesperson as “manipulated media”. Anti-terrorism police visited the company’s offices on Monday after receiving a complaint over the tag.

Last week, India’s IT ministry directed social media companies to curb what it called misinformation by taking down “all the content that names, refers to, or implies ‘Indian variant’ of coronavirus”.

“The government has put its foot down,” said Jayanth Kolla, a technology analyst at Bangalore-based consultancy Convergence Catalyst. “There doesn’t seem to be a middle ground right now to speak about.”

Vivo sets up its first mobile production unit in Pakistan

This LA Company Wants To Be The First Climate Positive Grocer