Twitter is working on new ideas that will allow users to specifically choose the people who can see their tweets. Now a company designer has revealed two features that the company is said to be working on. The first one is the “Trusted Friends” feature. The second idea will aid users who have multiple handles.

As per the tweet, the company is “exploring a bunch of ways to control who can see your Tweets”. The designer shared two ideas while stating that the company is “not building these yet.” 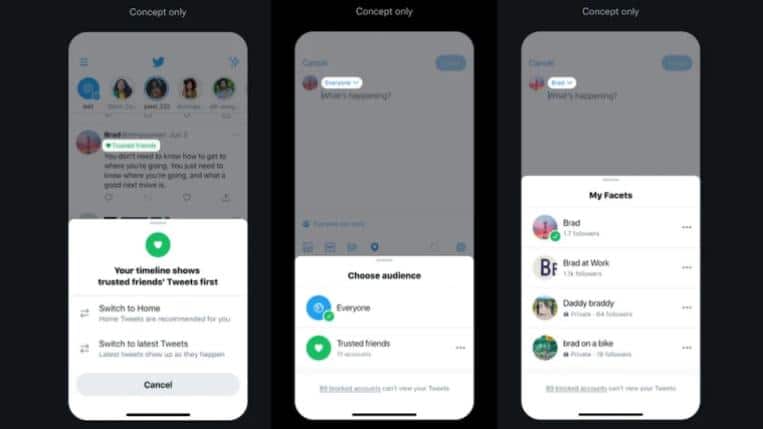 The designer shared two ideas while stating that the company is “not building these yet.” ( Twitter / @a_dsgnr)
The designer tweeted that the second feature may be named Facets and will allow users to tweet from multiple handles from one account. This will eliminate the issue pertaining to switching between multiple accounts. Additionally followers may also have an option to follow “the whole account or just Facets they’re interested in.”

Exclusive Stories has been revealed in several screenshots, and Instagram has also reportedly confirmed the existence of the upcoming feature. The feature is said to be in development and is being tested internally.

Instagram chief Adam Mosseri recently announced that the company is working to release a host of new features including features pertaining to support creators with regards to monetisation on the platform.