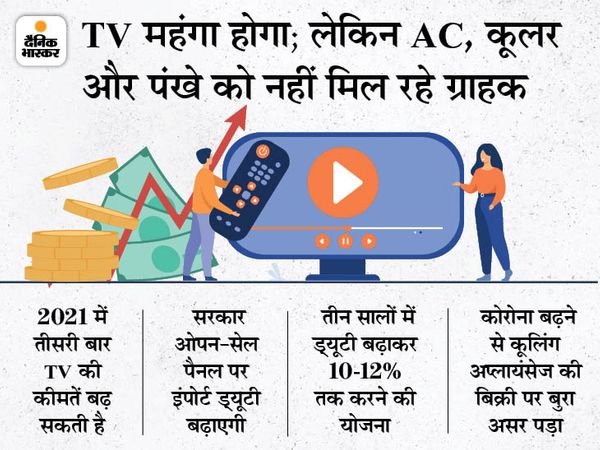 Television (TV) prices are expected to rise in the coming days. Because the government is preparing to increase the import duty on the open-cell panel. The panel itself is used to make television screens. The price of TV may increase by 3-5% due to increase in duty.

Government is preparing to increase domestic manufacturing
According to the report, this duty will be increased a little bit every year, which is intended to prepare TV companies to manufacture these components in India. So far, open-cell panels have been imported from China.

Customers are not getting cooling appliances
Corona’s increasing speed has had a negative impact on the sale of electronic appliances such as AC, cooler and fan. According to a report by Motilal Oswal Financial Services, 70% of AC sales are from January to June, but it has declined from Corona.