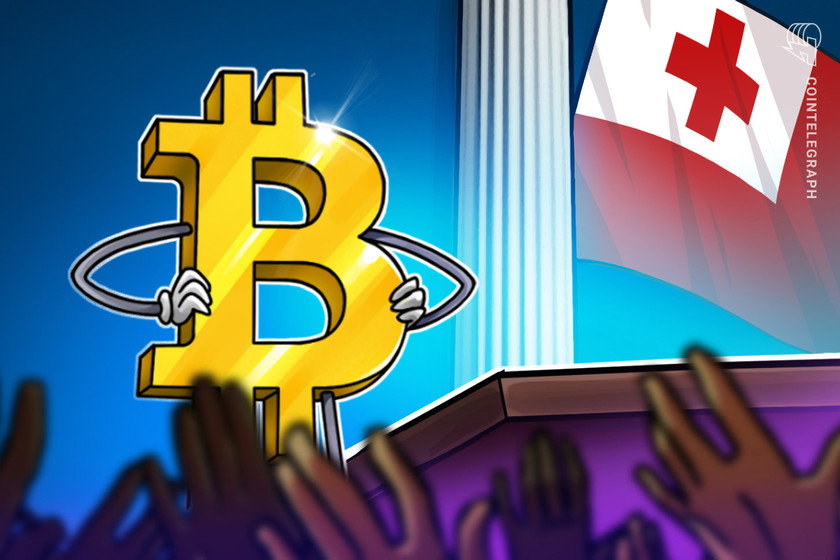 Another domino is lined up to fall down the route to Bitcoinization. On Wednesday, the Pacific island nation of Tonga shared a play-by-play approach to adopting Bitcoin (BTC) as legal tender.

In a series of tweets, Lord Fusitu’a, a former member of parliament for Tonga, released an ETA for Bitcoin becoming legal tender in Tonga. Copying El Salvador’s playbook, the move could onboard more than 100,000 Tongans onto the Bitcoin network.

In his five-point plan, the chairman of the Global Organization of Parliamentarians Against Corruption describes the adoption path:

In a follow-up comment, Fusitu’a said the bill is “modeled on and is almost identical to the El Salvador bill.”

The announcement sowed the seeds for questions, predictions and outright jubilation from Bitcoin Twitter before the Tongan set the record straight. He enthusiastically replied that the timeline for BTC becoming legal tender could happen as early as November or December this year, replying, “Boom! That’s us, brother!” in a tweet.

In 2021, it was widely speculated that Tonga would become one of the next countries to adopt BTC as legal tender. Speculation reached a fever peak following a podcast Lord Fusitu’a undertook with Bedford-based Bitcoiner Peter McCormack.

During the conversation, the then-member of parliament shared the remittance case for adopting BTC as legal tender. He said adoption would provoke:

“A disposable income increase by 30%. With that extra 30%, some (people) are going to be saving it rather than putting it into the economy and stacking sats.”

Tonga is a remote island nation that relies upon remittances from countries, including Australia, New Zealand and the United States. The International Finance Corporation estimates that Tonga receives more income from remittances than any other country in the world, contributing up to 30% of household income.

The remittance use case was one of the primary drivers for El Salvador adopting BTC as legal tender. According to the World Bank, Tonga’s remittance as a percentage of gross domestic product is substantially higher than El Salvador, at 39% vs. 24%, respectively.

Related: El Salvador: How it started vs. how it went with the Bitcoin Law in 2021

Remittance aside, the Lord brought up domestic advantages for adopting the open-source protocol. He agreed that Tonga could create a BTC circular economy and that it’s “one of the few instances in which being a sparsely populated small island kingdom archipelago is an advantage.”

When the islands’ internet infrastructure was brought into question, the Tongan claimed internet and smartphone penetration rates exceeded 90%. The World Bank’s most recent figures — albeit from five years ago in 2017 — show Tonga at 50% internet penetration.

Bringing the islands online may take some time, but Fusitu’a is adamant about his country’s BTC future:

An economy that uses bitcoin for payment at every stage of the supply chain. From the seed to the table. Pay for cassava roots and cattle in bitcoin from the farming supplier all the way to the waitress serving it to you at Kardo’s steak bar and every step in between in #BTC https://t.co/oR48NGzTGm