I always like to pick my favorites from the Electronic Entertainment Expo (E3), and I listed what I liked best at the all-digital E3 2021 trade show last week. But since we know game journalists are full of it, it’s also nice to get a more scientific measurement with a more objective view of who won the industry’s biggest week for marketing new games. We received a couple of reports from Facebook and social media intelligence company Spiketrap that are worth a closer look.

This year it was notable that Microsoft had 12 of my favorite 15 games — a feat I don’t think the company ever accomplished before.

Spiketrap measures publisher impact, or how audience sentiment around top publishers has shifted since their major announcements over the past two weeks. It also captures the top E3 conversations, which ranked the topics that gamers are most heavily discussing, along with their sentiment scores. And it catches the top game announcements, which ranked games based on the sentiment and engagement they generated on the day of their events. 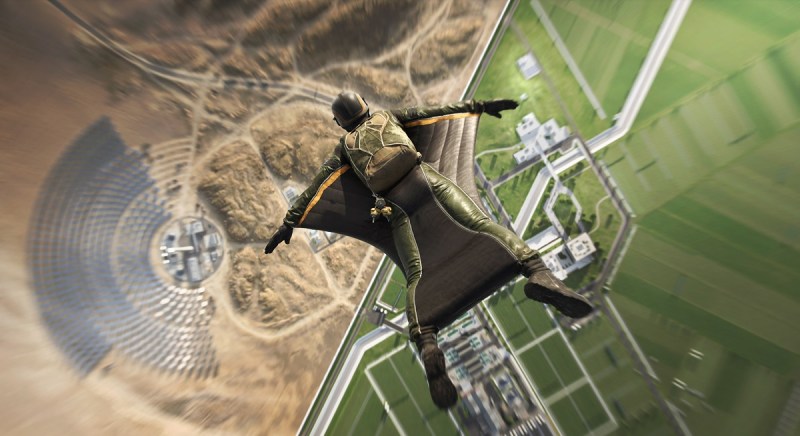 Above: Battlefield 2042 was one of the winners of the E3 media blitz.

On average, publishers who have held showcases in June have enjoyed a 47% lift in engagement volume across social channels. As more fans are discussing their games, sentiment for these same publishers has fallen 11% on average, Spiketrap said.

Electronic Arts saw a significant, 50% lift in audience sentiment since E3. Prior to their June 9 event to tout Battlefield 2042, sentiment around the publisher rested in the neutral territory at 48/100. Since the event, audience sentiment rests solidly in the positive range at 72/100.

Audience engagement around Devolver Digital remains markedly elevated since its June 12 showcase, as Devolver once again had a hilarious show with a lot of satire. Engagement volume was up 62% over the baseline period, and sentiment held steady with slight improvement (rising from 79 to 80).

As for Nintendo, sentiment rose modestly from 73 to 76. Sentiment around Mythical Games also rose modestly, from 71 to 74.

In the first three weeks of June, the overarching conversations showed which games were the most talked about. Nintendo’s Metroid Dread topped the list with 93. Microsoft’s Halo Infinite multiplayer came in second with 88. Nintendo’s The Legend of Zelda: Breath of the Wild 2 scored 82, while “Nintendo saved E3” hit 81. Bethesda’s contributions to the Xbox event hit 75.

Games with less impact include Super Smash Bros. character additions at 70. Guardians of the Galaxy was 57, and Resident Evil: Village DLC scored 47. Any score 60 and above is generally considered positive, Spiketrap said.

On the first day of E3, June 12, the conversation around Mario + Rabbids during the Ubisoft Forward generated significant engagement and enjoyed a rather high audience sentiment score of 84.

The Entertainment Software Association’s warning about co-streaming of official E3 broadcasts — which affected Summer Game Fest creator Geoff Keighley — generated a fair amount of conversation with a relatively low overall sentiment score of 23/100, which is on the low end of the neutral range. That means fans didn’t like that warning.

Before the event got underway, speculations and obviously fake leaks kept fans entertained and enjoyed a solidly positive sentiment score of 77.

On June 13, Microsoft’s Xbox + Bethesda showcase scored a 79. The Square Enix and Marvel event score 58, as Guardians of the Galaxy may have been on the border of underwhelming and positive. Square Enix and Final Fantasy score 69. As mentioned, Halo Infinite multiplayer was the top conversation starter at 91 on that particular day. And Hades coming to Xbox scored 97.

The anticipation around Nintendo’s Day 4 reveal of Super Smash Bros. content hit 75. The Legend of Zelda speculations scored 81. Capcom’s presentation scored only 51. But its Phoenix Wright Ace Attorney franchise scored 96, and DLC for Resident Evil: Village on that particular day was 56. 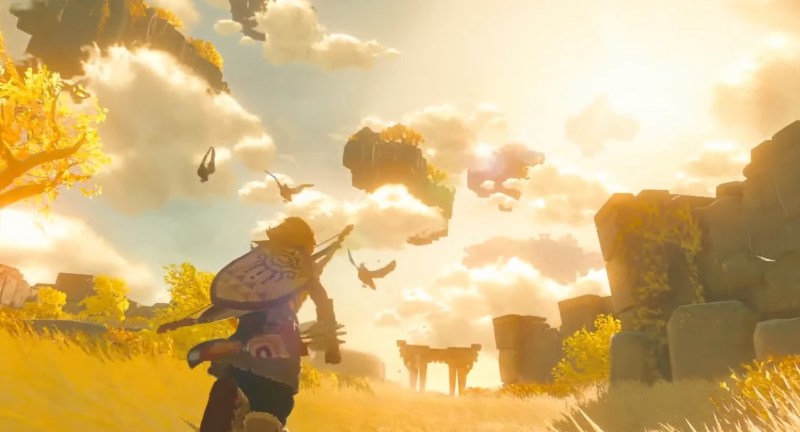 Above: The Legend of Zelda: Breath of the Wild 2.

The reactions to the Nintendo Direct event were quite positive at 83, and the notion that Nintendo saved E3 scored 86 on that day. The debate about whether Xbox or Nintendo had a better event was something that was talked about a lot, and so that topic scored 85. Breath of the Wild 2 scored 85, Metroid Dread hit 93, and Kazuya from Tekken in Smash Bros. hit 87.

Spiketrap tracked over 300 gaming announcements in June. It shared the top games, ranked by audience sentiment, audience engagement, and a power ranking of the two.

Above: The Summer Game Fest saw a spike in audience reaction when Elden Ring was announced.

If we take those games out, then the top game of E3 was Elden Ring with a ranking of 4.86. That game was part of Keighley’s Summer Game Fest, and it had a lot of buzz because it is a joint project of From Software, maker of Dark Souls, and fantasy author George R.R. Martin, the author of A Song of Ice and Fire.

That was followed by Battlefield 2042, which had a ranking of 2.72. Battlefield 2042 was my No. 1 pick because of the environmental destruction possible in the battles. Breath of the Wild 2 was close behind at 2.63, followed by Halo Infinite at 2.28, Kazuya in Smash Bros. at 2.17.

When it came to sentiment, or a positive audience reaction on the day of the announcement, the top game was Metal Slug Tactics at 99, Replaced at 97, Somerville at 97, Tales of Arise at 94, and Forza Horizon 5 at 91. The latter was the winner of the E3 award for most anticipated game at the show. 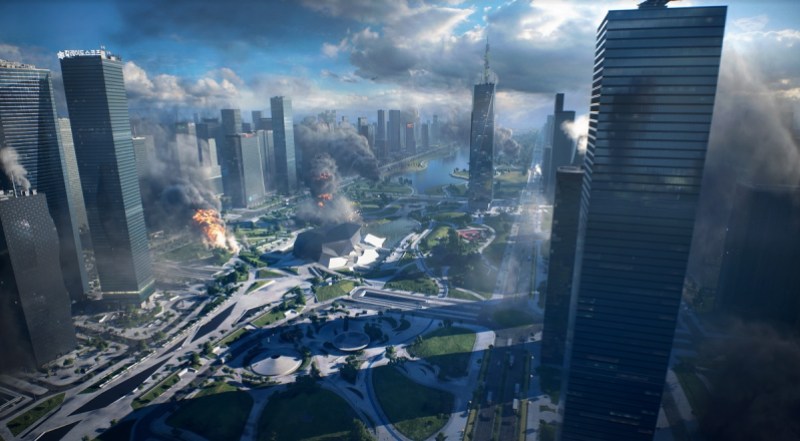 Above: Here’s a view of one of the maps of Battlefield 2042.

Facebook also measured what was trending on the social network during the week of E3. Total engagements from the show (likes, posts, comments, and shares) were 1.2 billion, said John Moloney, gaming marketing manager for the Americas, in a blog post.

The most mentioned games were Call of Duty: Warzone, Fortnite, Minecraft, Valorant, and PUBG Mobile.

The trailers with highest views and engagement on Facebook — something that I view as the most relevant measurement of excitement — were Battlefield 2042, Forza Horizon 5, and Halo Infinite.

The most mentioned gaming publishers and developers were Ubisoft, Bethesda, Activision (which again wasn’t at the show), Capcom, and Square Enix.

Phil Spencer, the head of gaming at Microsoft, remarked that Xbox’s press conference was their most well-attended in the history of the brand.

As for who won E3, well, it was me. That’s because I’m going to get a lot of my favorite games in the next year or two.