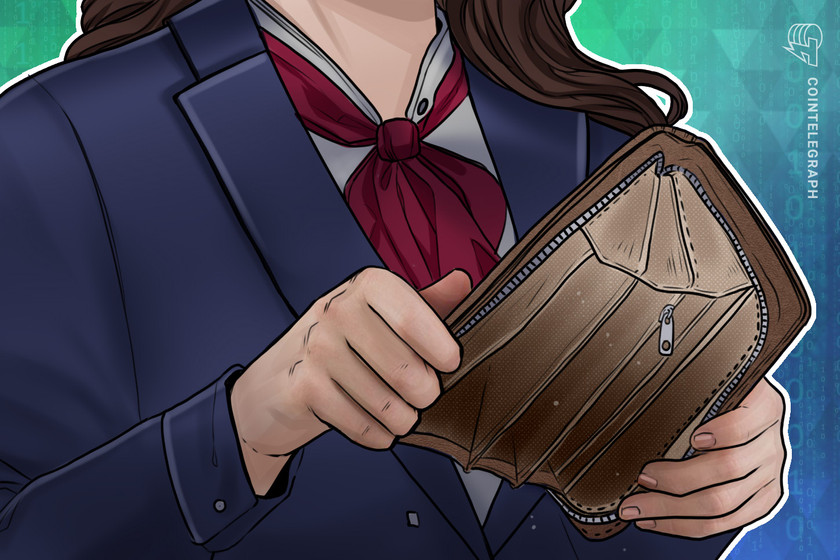 Some of the money from El Salvador’s state-issued Chivo wallets is reportedly missing, according to many Salvadorans posting on social media.

In a Dec. 16 Twitter thread started by user “the commissioner,” at least 50 Salvadorans have reported December losses totaling more than $96,000, following the setup of the Bitcoin (BTC) wallets by the government. Some of these transactions were for as little as $61, but others said they were missing thousands or more.

“There is a security flow on the wallet where money and transactions disappeared,” said Luis Guardado in a direct appeal to President Nayib Bukele. “No tech support and only useless calls, where is my money.”

Watch said in October that 3 million Salvadorans were using their Chivo wallets, roughly half of the nation’s 6.5 million people. Since El Salvador’s Bitcoin Law was first proposed in June, many in the country have opposed the measure for a variety of reasons, including the volatility of cryptocurrencies and claims that they were an unreliable investment for pension funds. Protestors marched through the capital city of San Salvador before the law went into effect on Sept. 7, with subsequent protests seeing some people managing to ransack and burn Chivo kiosks.

Related: President Bukele fires back at critics on ‘Bitcoin experiment’

El Salvador’s president has frequently taken to social media to promote the adoption of BTC as well as related projects, including using geothermal energy from the country’s volcanoes to mine crypto and building a Bitcoin City initially funded by $1 billion in BTC bonds. He also uses the platform to announce his Bitcoin purchases to the world. At the time of publication, the country’s treasury holds 1,391 BTC — roughly $71 million with the price of the crypto asset hovering near $50,000 for the holidays.