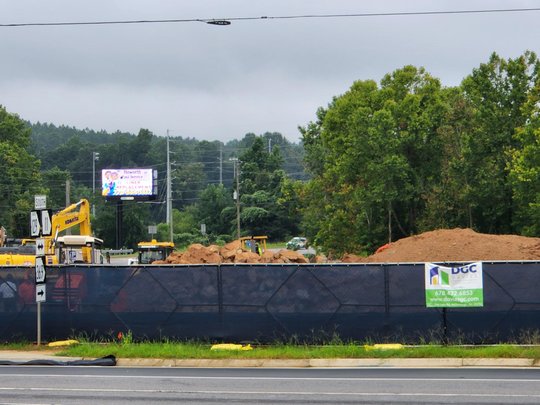 A new casual dining restaurant is coming to the corner of Limestone and Jesse Jewell parkways.

Construction is underway on Ohana, a 3,320-square-foot eatery also featuring a drive-thru. A fence surrounds the property sitting across from McDonald’s restaurant.

Other details about the restaurant weren’t available as of Friday, Aug. 12. Restaurant officials couldn’t be reached for comment.

Matt Tate, deputy director of Gainesville’s Community and Economic Development department, said he understands that Hawaiian-Polynesian cuisine will be served at Ohana.

The restaurant is part of the 75-acre Limestone Greenway project, a multi-use development extending from Jesse Jewell Parkway down Limestone Parkway.

Limestone Greenway, which has been in the works for several years, is starting to see some activity beyond property being cleared and a new roadway built.

A 76-townhome project on nearly 12 acres east of Lakeview Drive and south of Fairview Drive was approved July 19. And a grocery-anchored shopping center, Limestone Marketplace, has been announced off Jesse Jewell Parkway and Victory Street in the historic New Holland community.

Tenants haven’t been named yet, but Limestone Marketplace will feature a 48,387-square-foot grocery store, three 8,400-square-foot restaurants or retail shops and four outparcels varying in size from 1 acre to 1.75 acres, according to Atlanta developer Branch Properties’ website.