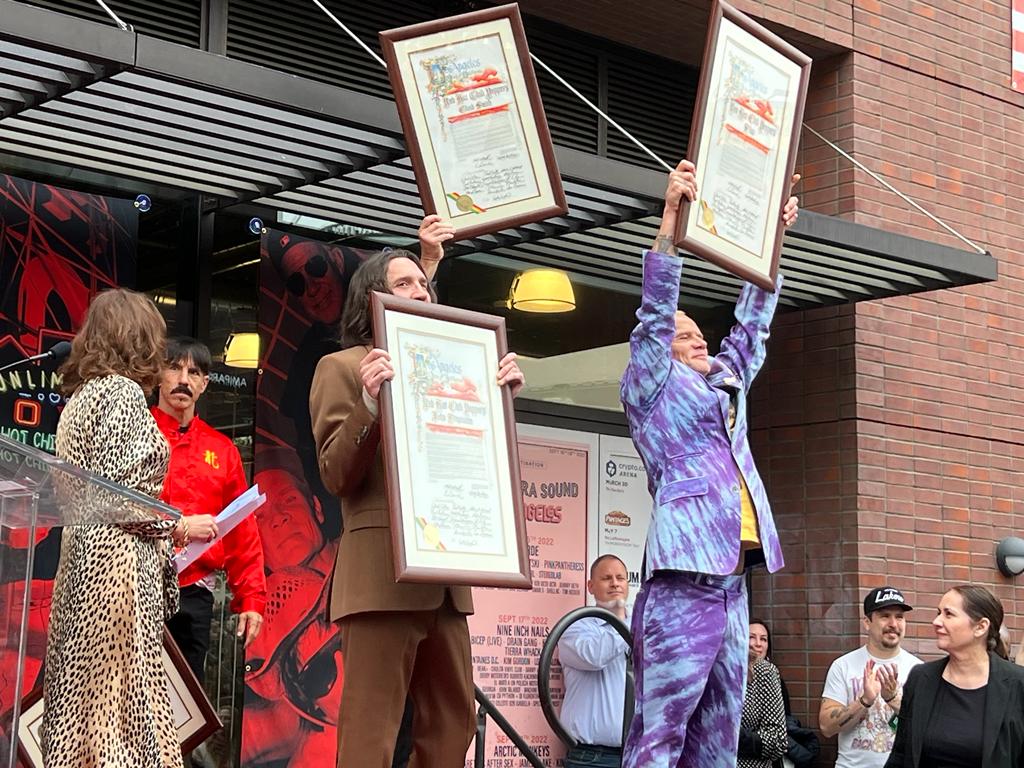 The Red Hot Chili Peppers were yesterday (March 31) awarded with their very own Star on the Hollywood Walk Of Fame.

Band members Anthony Kiedis, Flea, Chad Smith and John Fruiscante attended the unveiling of the star, while speeches paying tribute to the group were made by Woody Harrelson and George Clinton.

Hundreds of spectators turned up to witness the Chiles’ Star dedication ceremony.

One particularly interested spectator amongst the throng was Merck Mercuriadis – the founder/CEO of Hipgnosis Song Management.

As well as snapping a couple of pictures of the Hollywood star unveiling (which you can see above and below) Mercuriadis said in a statement: “Anthony, Flea, John and Chad have now been together for more than 30 years and they’ve made the Chili Peppers one of the most successful and important rock bands of all time.

“They have transitioned to the streaming era like no other and have more monthly listeners [on Spotify] then The Beatles, The Rolling Stones, Jimi Hendrix, U2, The Doors, The Clash and Pearl Jam just to name a few.

“It was beautiful to see these sons of Los Angeles receive the city’s highest honor of a Hollywood star on the boulevard they used to run on. At Hipgnosis we are truly honored to be custodians of their incomparable songs.”