Rainbow Six Extraction is Ubisoft’s new multiplayer entry in the Rainbow Six series, a PvE title that is supposed to be sympatico with Siege. While it takes several elements from Siege, it’s also got a new spin on the gameplay loop. I was able to play several hours of Extraction at a preview event, and I enjoyed it. I do wonder whether it’ll hold player interest in the same way Siege has.

Extraction is set in an alternate universe Earth, where an alien menace called the Archaeans has invaded. The player must put together a team of new and returning characters and go on missions into infested areas to accomplish various goals. These can include retrieving personnel or intel, or killing off as many Archaeans as possible.

Each map is divided up into three areas, each one separated by a rest area. Players have to finish up each sub-map, which have different objectives, and then decide either to continue on to the next area or cut our losses and leave early. A number of different Archaeans will oppose you in your goals, and the game very, very strongly recommends you do not rush into the mission where angels fear to tread. Instead, it encourages team coordination and communication constantly.

I played Extraction for several hours in a single session, under Ubisoft’s supervision. I was permitted to play a handful of maps and several operators, so I think I got a good taste of what the game will be like to play, at least at launch.

A world after Siege

Like Siege, the game is a co-op title that requires communication between players. I swiftly learned that charging in was often not the best option, to the frustration of my teammates, especially since there are consequences to failing in this world (more on that in a moment). You’re going to want to invest in a headset to play Extraction, if you don’t already have one. Several of the objectives demand communication – for example, when you’re extracting someone from the area, you have to literally carry them. This leaves you vulnerable, as you need both hands to use bigger guns. You’ll need your teammates to protect you.

Most of the environments are similar to the ones from Siege, being tight interiors that require careful navigation. The Archaeans can restrict player mobility and often require a stealthier touch. The environments are bigger than those in Siege, but it’s hard not to see where the inspiration comes from. 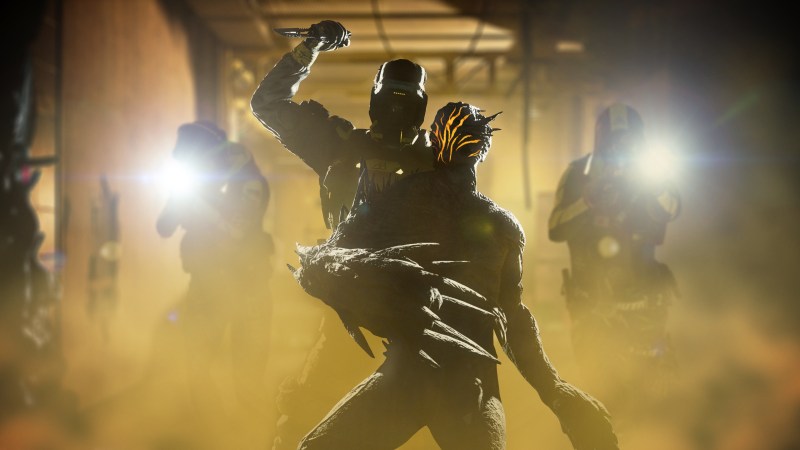 Unlike Siege, Extraction’s gameplay also involves an element of risk and reward. Each gameplay area on the maps has escalating levels of difficulty. After finishing one sub-map, if you’re not liking your odds or your team is too badly injured, you can bug out and get a diminished reward.

This is helpful in part because Extraction’s difficulty, at least on the levels I played, can spike in odd places. Depending on the assignment in each area, I could either breeze through no problem or get annihilated no matter how competent my teammates and I were. I would have to play more of the game to get a sense of whether that was just an odd quirk of the levels I was allowed to play or part of the game’s inherent design.

Assuming, however, that it’s part of the game’s design, then I can see Extraction being quite a tough nut for some to crack. The Archaeans are not a forgiving enemy, and they will swarm players given the opportunity. Player coordination is key, as Ubisoft’s reps told me, in overcoming some of the harder objectives, and everything I saw in the game bore that out.

Who’s got my back? 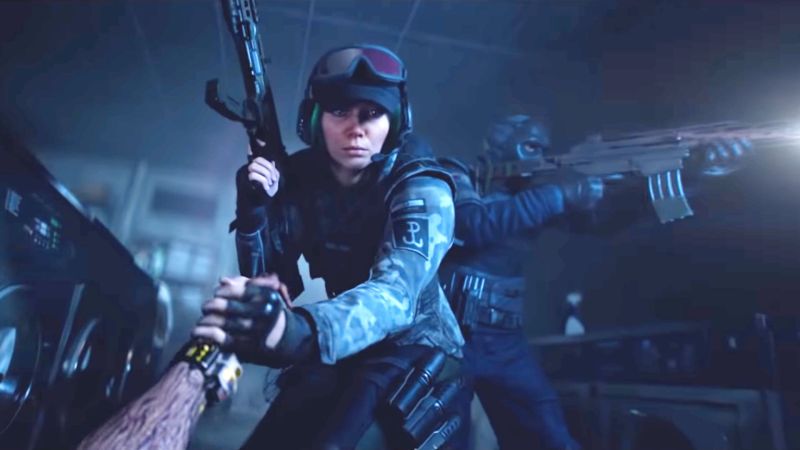 In some cases, the communication element enhanced the gameplay, and really helped us feel like a team. On the occasions when we accomplished our objectives, cleared rooms, and made it to the end of the level undetected, it was exhilarating. And I don’t just mean in the shooting parts. One of my favorite moments came after we’d finished two-thirds of a map and then stood in the extraction zone, deciding whether or not to leave. We ultimately decided we’d rescued the person stuck in the area, and that was more important than any remaining intel, so we decided to leave.

In other cases, the gameplay feels artificially inflated to make things more difficult. For example, when you’re retrieving someone from an enemy area, you have to pull them out of an alien chrysalis, which requires at least one player and a quicktime event. One of the other players has to hold off the Archaeans, while the third has to shoot small energy balls that will move towards the chrysalis and set back your progress.

It feels very forced to have that extra bit in there – why not just have both of my teammates shooting at the Archaeans? My thought at that point was, “I am thoroughly screwed if I ever try to play this solo.” 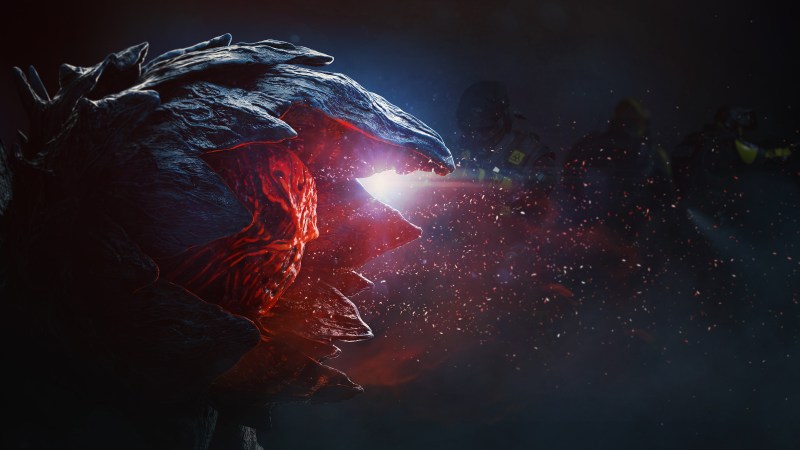 Both the operator design and the gameplay forces players to be jacks-of-all-trades. It’s critical to be proficient in more than one operator, if not all of them, because if you lose a match, you also lose access to the operator you were playing as at the time. Ostensibly this is because they’ve been captured by the Archaeans. You can only regain immediate access to them if you rescue them from the same area with another operator (though I believe they’ll eventually be added back to your roster after a certain amount of time has passed).

This is fine if you’re comfortable jumping between 18 different player characters at any given time. But if you wanted to specialize in just one or two of them, you may find that more difficult. This is also reflected in the character design. While each of the operators ostensibly have Siege-like special abilities, in the moment-to-moment gameplay the majority of them play very similarly.

I’m not really sure if I can recommend this to Siege players, as it lacks the unpredictability and infinite variety of that game’s PvP gameplay. I could see it becoming a bit same-y for players used to that element of Siege. I would have to play more of the game to accurately judge whether the character progression systems and the maps offer more for players.