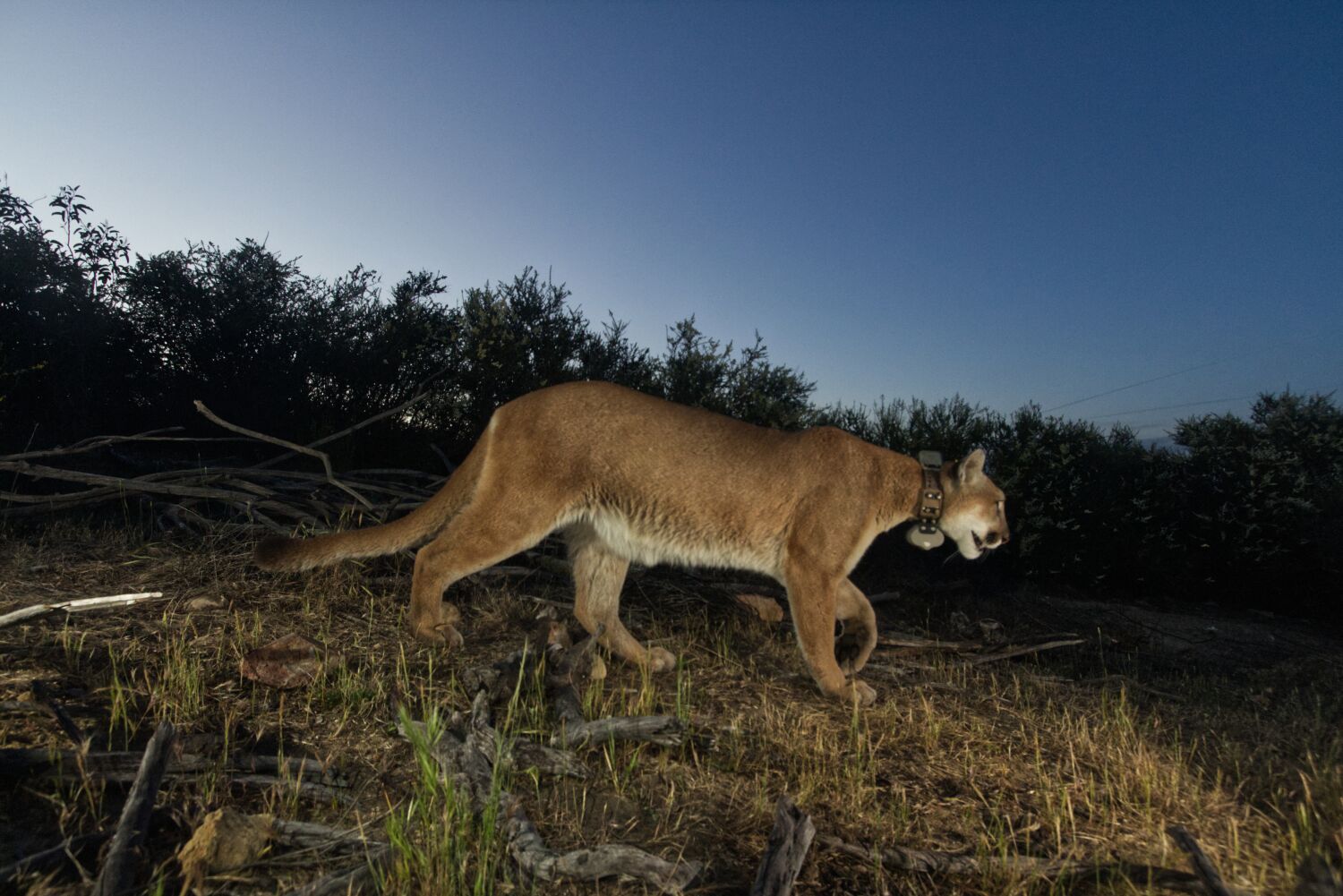 A 5-year-old female mountain lion who died in March is the first mountain lion in the Santa Monica Mountains to die of complications from mange, according to a National Park Service study.

P-65 was found dead on March 4 near a stream in the central Santa Monica Mountains. She was extremely emaciated and her case of mange, a highly contagious skin disease caused by parasitic mites, was severe, especially on her face and head, the park service said.

A necropsy revealed that she had also been exposed to several rat poisons or rodenticides.

In the more than two decades that the Santa Monica Mountains National Recreation Area has been studying mountain lions by collaring and tracking them, several have been found with mange and successfully treated, said Jeff Sikich, a biologist who leads the study.

“All of these animals recovered from their mange disease as best as we could tell from remote camera photos or later examination,” Sikich said in a release. “However, in P-65’s case, we did not know about her disease until after she had died.”

However, studies of bobcats in the Santa Monica Mountains and in the Simi Hills have shown that notoedric mange was a “major source of mortality” for the cats since it was first documented in 2001.

“This research has shown a strong correlation between severe mange and the level of exposure to anticoagulant rodenticides,” the park service said.

The poisons affect the bobcats’ immune systems, making them more susceptible to contracting mange and less able to fight off the infection.

The park service called P-65 “an interesting cat to study” because of her exploits, which included successfully crossing a perilous freeway and surviving a major wildfire.

She was first captured and collared in 2018, and she survived the Woolsey fire that broke out that November. Her home range was “entirely” within the burn area, the park service said.

“During this time she largely used the southeast corner of the burn where there were some sizable, unburned islands,” the park service said.

P-65 was only the second collared female lion to cross the 101 Freeway and move into the Simi Hills before returning to the Santa Monica Mountains a few weeks later.

She gave birth to kittens in 2020, two of whom were killed this year on roadways; P-89 died in July on the 101 in Woodland Hills and P-90 died in August on Highway 33 south of Ojai.