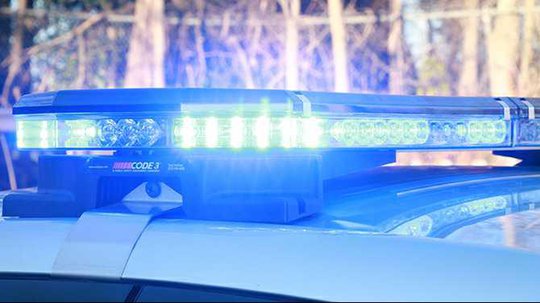 OXFORD, Ga. — Walton County sheriff’s detectives on Monday were continuing to investigate a case in which two Oxford residents were charged with engaging in sexually abusive acts with children they adopted and shooting video of the abuse.

Z. Jacoby Zulock and W. Dale Zulock, whose addresses are in unincorporated Oxford in Walton County, were arrested and charged with aggravated child molestation and sexual exploitation of children after execution of a search warrant at separate locations in unincorporated Loganville and Oxford.

The two suspects are adoptive fathers of the two sibling boys, according to a news release from the Walton County Sheriff’s Office.
Detectives with the Walton County sheriff’s Criminal Investigation Division received information from the GBI about a Walton resident who may have been downloading child sexual abuse material.

They then executed a search warrant on July 27 at an address in unincorporated Loganville based on the information from the GBI’s Internet Crimes Against Children Task Force, the news release stated.

During the subsequent interview with the subject, detectives learned he was receiving and collecting obscene material and that a secondary suspect also lived in Walton County.
Detectives were told that this secondary suspect was producing homemade child sexual abuse material with at least one child who lived in the home with the perpetrator — and found evidence to corroborate the statements, the news release stated.

They then worked to confirm the identity of the suspect and the juvenile victim, and notified Walton County’s Division of Family and Child Services (DFCS) office about the need for emergency protective placement for two young children, the release stated.

Members of the Walton Sheriff’s Emergency Response Team (SERT) then assembled to serve both search and arrest warrants at the Oxford residence just hours after receiving information that there were children in harm’s way, the release stated.
The team then issued a search warrant at 813 St. Regis Way, which is located off Shepherd’s Crossing about one mile north of the Newton County line.

“A small team was dedicated to moving directly to the children to ensure their safety while a team engaged with the adults in the home, securing the scene,” officials said.

During the execution of the search warrant, the officers found evidence that both males — the adoptive fathers of the sibling pair residing in the home — were engaging in sexually abusive acts and videoing the abuse, the news release stated.

Walton sheriff’s officials thanked the GBI and its digital forensic investigators and special agents for providing support and analytics.

The Walton County School System assisted in identifying the young children in the case, while Walton County DFCS and Athens-Clarke County Sexual Assault Nurse Examiners Inc. (ACC-SANE) nurse/advocates provided forensic medical attention and “assurance to the young boys that they were safe,” the release stated.

The case remains open and the investigation continues.

No other information was given about the victims’ ages or how long they had lived with the suspects.

“We also thank the detectives, SERT operators and all other members of the vast network of people involved in rescuing two young children from the men who are now in custody,” WCSO officials said.

The Walton Tribune contributed to this report.