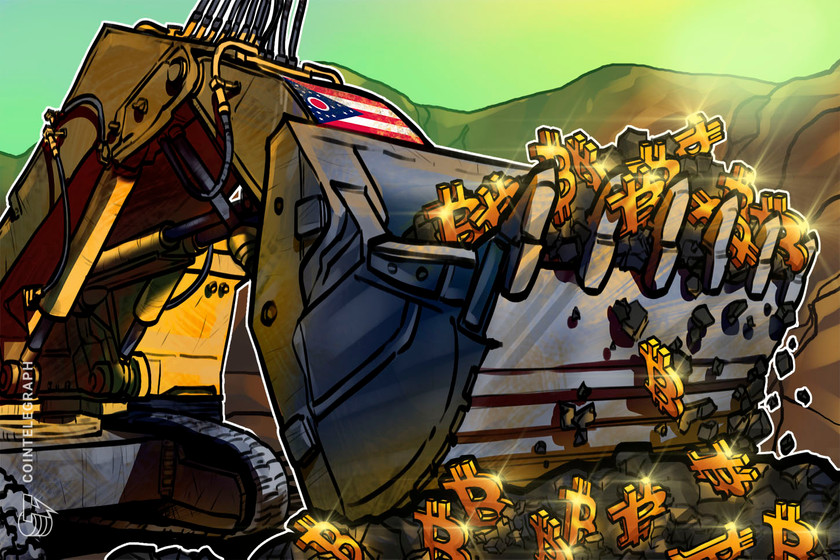 As the company that owns the entire mining pool business operated under BTC.com, BIT Mining set up a joint venture agreement with Viking Data Centers to establish the Bitcoin mining facility.

As part of the JV agreement, BIT Mining will pay $10.84 million in cash to Viking Data with the remaining sum to be settled in cash or company stock.

Following its investment in Viking Data and the subsequent JV agreement, BIT Mining will own 51% of the Ohio Bitcoin mining facility.

The first stage of the facility’s development will see the capacity reach 11 megawatts by Oct. 15, 2021, while the second and third phases will have milestone capacities of 39 and 35 megawatts, respectively.

The Ohio Mining Site is one of many Bitcoin mining facilities set to go live in the United States amid a steady migration of hash power to North American locations.

Following China’s crypto mining crackdown in the summer, miners have been forced to move their equipment overseas.

North American mining establishments have taken the opportunity to expand their share of the market, with major companies purchasing additional rigs for their facilities.

This inventory expansion has also led to significant revenue growth with Riot Blockchain reporting a 1,540% increase in quarterly revenue back in August.

The Ohio Mining Site is also part of BIT Mining’s business expansion, with the company also operating in Kazakhstan, as previously reported by Cointelegraph.