Japan’s Nintendo has said that production of its popular Switch gaming console could be hit by global chip shortages, following a similar warning from rival Sony last week.

At its full-year results on Thursday, Nintendo forecast a 12 per cent drop in sales of its flagship Switch in the financial year ending in March 2022, citing potential issues with procuring important components.

Nintendo’s comments contrast with its performance over the past 12 months, when the Kyoto-based company’s fortunes were boosted by coronavirus pandemic restrictions that forced entire nations into lockdown and increased demand for home-based entertainment.

The company said it expected to sell 25.5m Switch consoles for the fiscal year ending next March. That follows a blockbuster year in which Nintendo sold 28.8m units and benefited from roaring demand for popular first-party titles such as Animal Crossing and Zelda. It also expected sales of Switch software to fall 18 per cent to 190m units.

Worries over the potential hit from chip shortages are broadening. The initial focus of concern was the automotive industry but analysts see a wider range of manufacturers being affected.

Production “might be affected by obstacles to the procurement of parts, including the increase in global demand for semiconductor components”, Nintendo said in its financial statement.

Hiroki Totoki, Sony’s chief financial officer, said last week the group would not be able to dramatically increase the production of its new PlayStation 5 console, predicting that the semiconductor shortage would continue throughout the financial year that started in April.

Nintendo, which is famous for its overly conservative guidance, projected its net profit would fall 29 per cent to ¥340bn ($3.1bn) during the 2021-2022 fiscal year. That came in below analysts’ forecasts of ¥412bn, according to S&P Global Market Intelligence. Nintendo expects revenue to fall 9 per cent to ¥1.6tn. 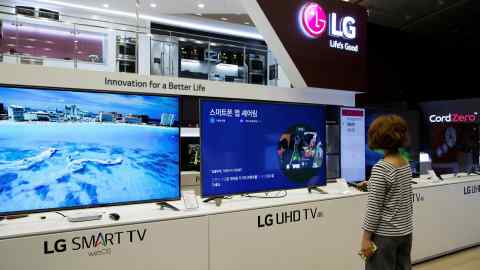 Nintendo also said it planned to appoint Chris Meledandri, the chief executive of animation studio Illumination and producer of the Despicable me franchise, as a non-executive director pending shareholder approval in June.

The choice of Meledandri fits with Nintendo’s recent shift in strategy as its chief executive Shuntaro Furukawa has sought ways to more effectively monetise Nintendo’s intellectual property outside its games console business.

Those efforts include the recent opening of the Super Nintendo World attraction at the Universal Studios Japan theme park in Osaka. In presentations to investors, Nintendo has also described plans for an animated Mario film.

For the year that ended in March, profits from its IP and mobile games rose 11.3 per cent, helping Nintendo’s annual net profit surge 86 per cent to an all-time high of ¥480bn.