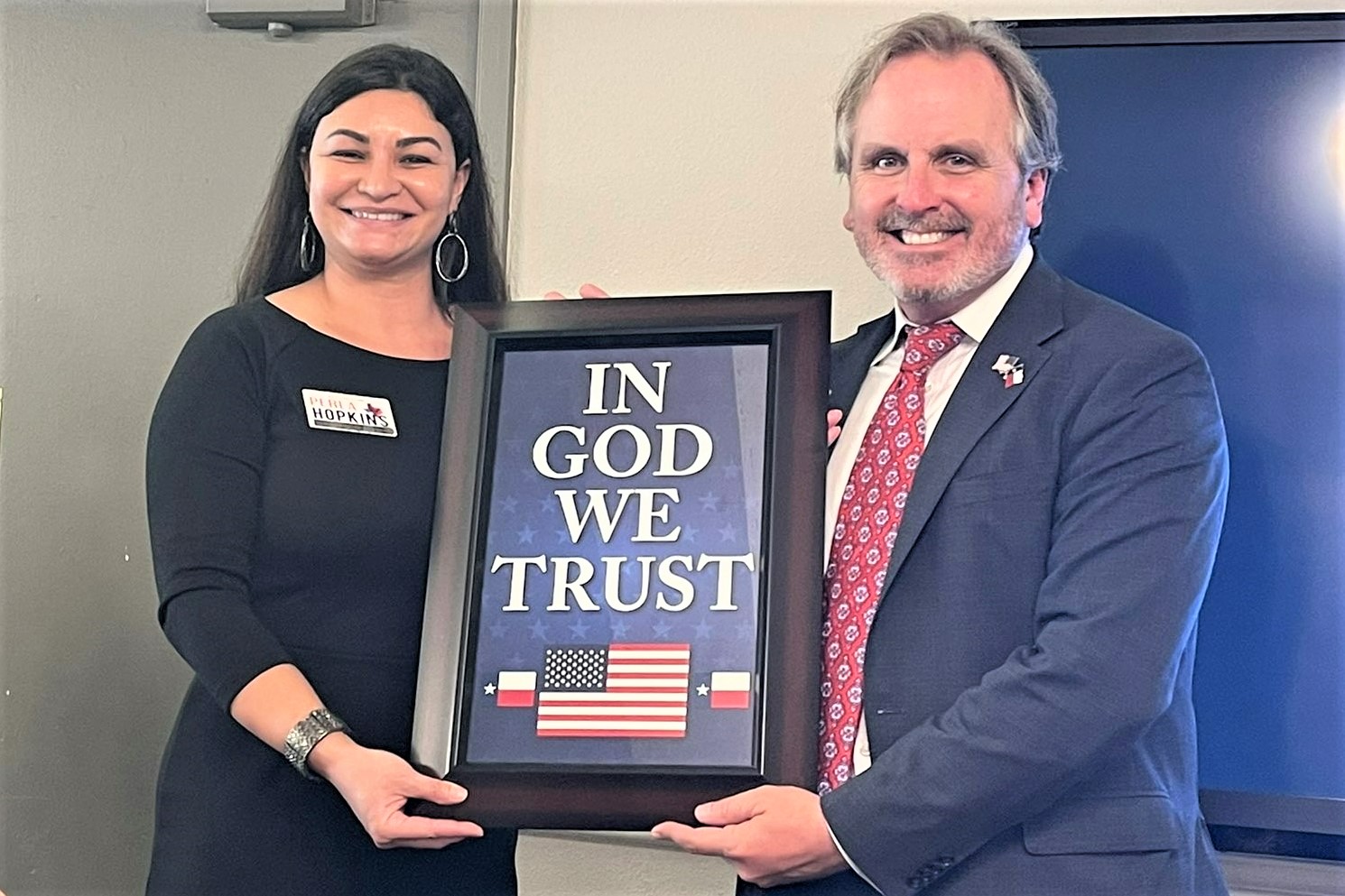 Use of the national motto “In God We Trust” is expanding from its famed placement on U.S. currency to framed posters on public school walls thanks to a Texas law that recently went into effect. Senate Bill 797, which was passed last year, requires that elementary and secondary schools “display in a conspicuous place in each building of the school or institution a durable poster or framed copy of the United States national motto” so long as the signs have been donated to the school district and/or purchased with private donations.

“We just felt like it was a great opportunity to display our national motto in our public schools,” said Tom Oliverson, a Houston area Republican state representative who co-authored the bill, in an interview with KHOU. “This was a idea I had after seeing something similar happen in a couple different states.”

Other requirements for the sign include a representation of the American flag “centered under the national motto,” and a representation of the Texas state flag. However, the use of glitter pens when crafting isn’t strictly necessary. Signs with the phrase have already started popping up throughout schools in Carroll ISD near Dallas-Fort Worth this week after being donated to the district by Patriot Mobile, which bills itself a Christian conservative wireless provider.

During the presentation, the Board receives a signage donation pursuant to SB 797 by Patriot Mobile LLC. pic.twitter.com/Gju3NP0xpR

Soon, similar signs could be spotted around schools in the Houston area. The Yellow Rose of Texas Republican Women posted photos on Facebook this week showing framed signs that volunteers made and donated to a number of Cy-Fair and Tomball ISD schools.

Sen. Bryan Hughes (R-Mineola), who also co-authored the bill, promoted the signs on Twitter Tuesday. “The national motto, In God We Trust, asserts our collective trust in a sovereign God,” Hughes tweeted. “I’m encouraged to see groups… and many individuals coming forward to donate these framed prints to remind future generations of the national motto.”

The national motto, In God We Trust, asserts our collective trust in a sovereign God.

While Oliverson claims that most of the feedback he’s gotten about the signs has been positive, not everyone is enthused about the new state-wide requirement. Cy-Fair parent Aly Fitzpatrick told KHOU that the signs were a “disgrace” and an attempt from Republican groups to hijack public education. “The point is we are America and not everyone does believe in the same God,” Fitzpatrick said. “And telling children that is very confusing.”

In 1956, President D. Eisenhower signed a law declaring “In God We Trust” as the official national motto. The resolution was reaffirmed by Congress as the nation’s motto several times, most recently in 2011.