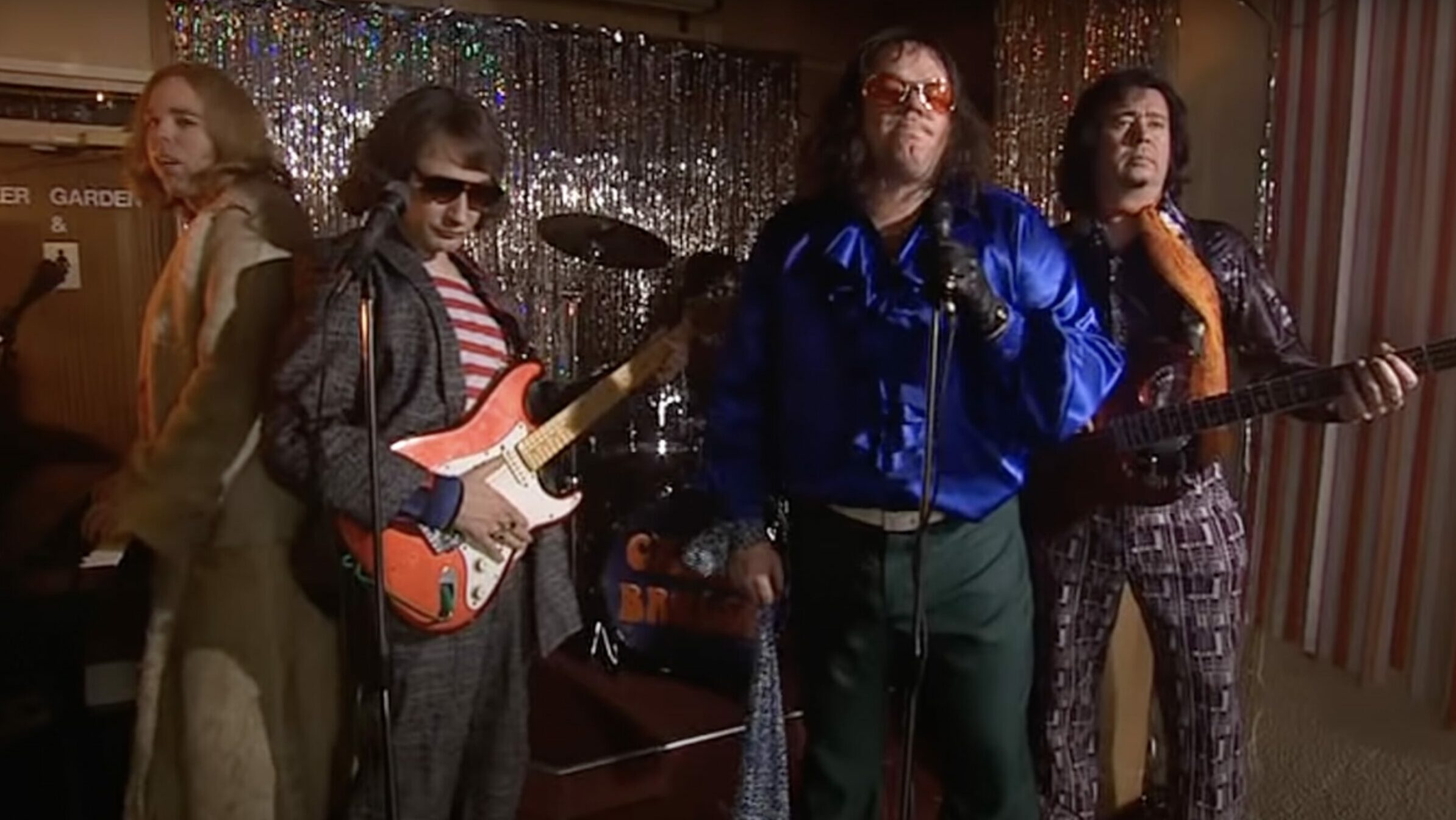 The following MBW column comes from Eamonn Forde (pictured inset), a long-time music industry journalist, and the author of The Final Days of EMI: Selling the Pig, His new book, Leaving The Building: The Lucrative Afterlife of Music Estatesis out now via Omnibus Press.

At the start of March, I went to see Dry Cleaning play at the Forum in Kentish Town, North London (capacity: 2,500).

The day before the show, Dice sent a text to inform me that there would be no merchandise stand at the venue.

Instead, a pop-up shop selling all manner of Dry Cleaning-related items would be open from 4pm until midnight on the day of the show. It was in the Abbey Tavern – a nine-minute walk from the venue. It was, through sheer serendipity, the same day as a Tube strikeso there were a lot of people walking to and from the venue.

The reasons for the band doing this were varied, but at heart this was part of a growing resistance to venues taking a significant slice of merchandise sales.

Something, it appears, is in the air.

In the closing week of 2021, Tim Burgess from The Charlatans tweeted about the fact that certain UK venues take a 25% cut of a band’s merchandise sales when they play there. “A quarter of the full selling price,” he wrote, “Vinyl doesn’t even have that mark up to begin with.”

Added Burgess, “To be perfectly clear about this, often it’s a completely separate ‘concession’ company that the venue deals with as part of a contract. A kid who has never heard of the band sells our stuff, while our merch person steps aside for the night – the whole system needs addressing.”

This prompted the Featured Artists Coalition to set up the 100% Venues directory, listing the places in the UK which do not take any cut from an act’s merchandise sales.

There is a Google Docs spreadsheet that currently lists over 370 venues in the UK who do not charge. Venues can add themselves to the list.

The bulk of those venues listed are under 500 capacity (many even under 200), showing that grassroots venues typically feel a moral and ethical responsibility to not apply stealth taxes to new and niche acts.

Rather than publicly bellyaching about the iniquities of it all, Dry Cleaning were that rare case of an act taking direct action in response to what they regard as the untenable policies of a mid-sized venue in the capital.

While many UK venues are deemed bad, their 25% is nowhere near as bad as the 35% charged by some venues in the US. Over a third of the sale price going on a commission to the venue for them basically allowing the act to have a trestle table at the back? The more you run those numbers, the harder, both morally and economically, they are to stand up.

(It is also important to remember that in most cases these cuts are on the gross take, not the net take.)

For a T-shirt that sells for £15, a UK venue will take £3.75. The act has to pay in advance for the design, manufacturing and delivery of that T-shirt (note also: costs are rising because of Brexit and the need to make merchandise more sustainable as well as sourced from ethical factories).

These artists also have to pay for the people selling the items, thereby adding to their touring overheads. Their manager will get their cut. And the act will be taxed on the gross revenues (which the venue has already taken its cut from).

If they are on a multiple-rights deal, their label could also be getting a share. Leaving the act with… the square root of very little.

“The conundrum is this: either the act takes the hit and accepts that merchandise is now a low-margin business for them; or else they have to pass the costs onto the fans.”

The conundrum is this: either the act takes the hit and accepts that merchandise is now a low-margin business for them; or else they have to pass the costs onto the fans.

Those are the same fans who are paying increasingly higher prices for tickets already and are often hit with “surprise” booking fees and service charges when they get to the ticketing website checkout. Then, when they get to the venue for the show, they are charged premium prices for drinks that stretch the very definition of “premium”.

Someone is benefiting enormously here. It’s just not the artists or the fans.

Conversations with those working in the live business say this is an issue that has “always been around” and has become utterly normalised. It was just accepted as “one of those things” – a sort of venue levy on success. Even though the acts are paying to hire the venue and bring in fans who spend at the bar (which the act does not get a percentage of).

There was, however, an even crueller twist to Dry Cleaning’s stance here.

On the night of their show, it was like stepping back in time. On the way in, there was the lesser-spotted ticket tout, brazenly standing beside the venue selling tickets for slightly more than they would cost to buy normally.

On leaving the venue, there were – and I’m probably making a terrible sweeping generalization here as I am sure they are perfectly lovely to their families – several “shady” gentlemen selling knock-off Dry Cleaning merchandise on the pavement directly in front of the venue.

Some fans clearly did not know about the Abbey Tavern pop-up and, perhaps being confused about why there was no merchandise stand on the way out, mistook these “characterful” vendors for genuine agents working on behalf of the band.

Other fans did know about the Abbey Tavern and shouted out that this was “dodgy merch” and urged the other fans not to buy it.

Their words fell like snow on a roaring furnace. Handfuls of cash were handed over to the rogue traders for garments that will be unlikely to survive the third wash.

Bands now risk nefarious characters capitalizing on their mortal stand against venues by setting up on the pavement outside that very venue to sell knock-off merchandise. And none of that money goes to the act.

Now this bit is pure speculation, so stay with me: It is unlikely these bootleggers are sourcing their T-shirts from factories that pay their staff well and respect workers’ rights. This bit is also pure speculation, so again stay with me: It is equally unlikely these bootleggers pay taxes on their earnings. (But that’s probably okay as I am sure they donate all the money raised to charitable causes…)

Acts are slowly returning after two – long, painful and financially precarious – years of not touring due to the pandemic. Often merchandise is where they can make a bit of a profit to help cushion against future assaults on their earnings.

Venues, of course, will have their justifications for taking that 25% of merchandise sales as they also had a terrible time in the pandemic. Yet it all feels callously inequitable for acts that are still weathering the storms.

If you kick back against the venues and try an alternative, this works like a whistle for opportunistic bootleggers to ride roughshod over your moral stance in order to make money from you. And then rub your face in it. As they laugh.

In this shit business in 2022, it all amounts to different ways for musicians to be taken to the cleaners.Music Business Worldwide