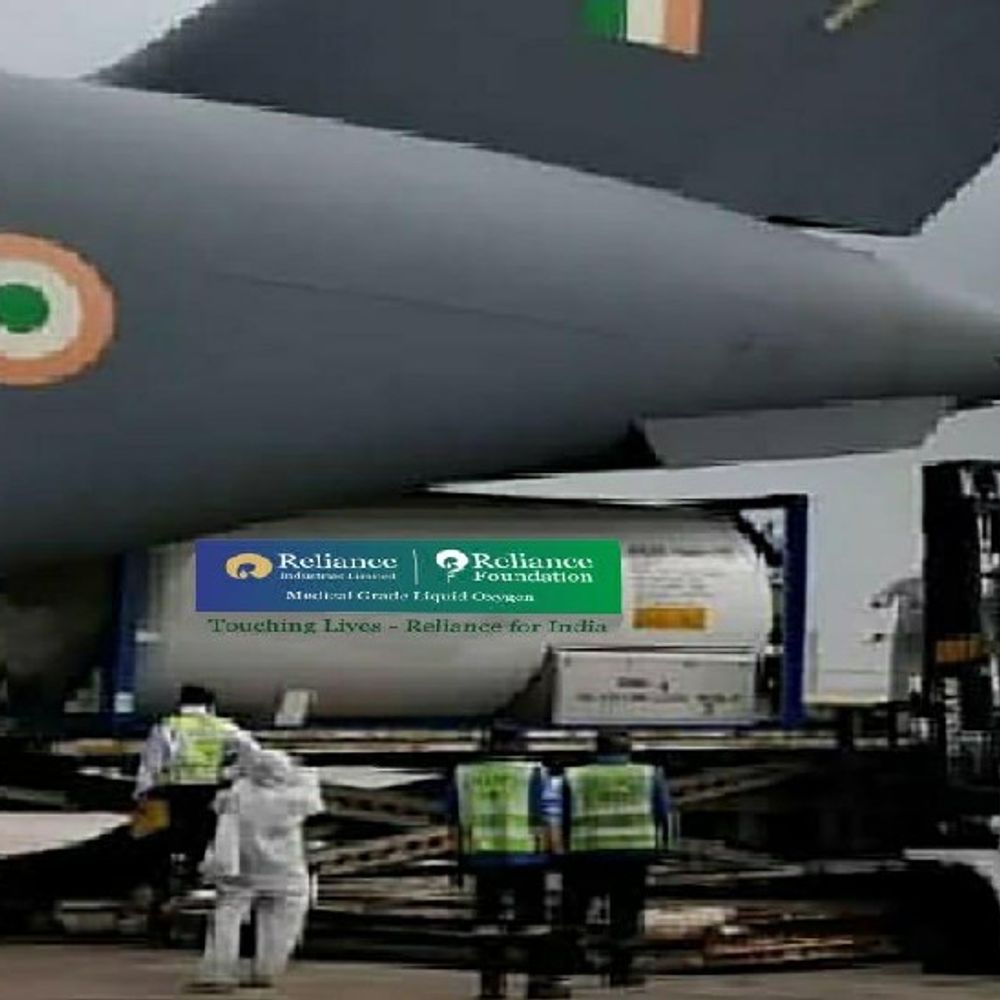 Reliance has increased production of medical grade oxygen at its Jamnagar refinery from zero to 1000 MT. With this much oxygen, an average of 1 lakh patients can be helped every day.

Mukesh Ambani’s company Reliance Industries Ltd is producing more than 1000 MT of medical-grade oxygen per day at its Jamnagar oil refinery. This oxygen is being given free of cost to the worst affected states with Kovid-19. Reliance today alone produces about 11% of India’s medical grade oxygen and 1 out of every 10 patients is being given oxygen.

Reliance is working on a dual strategy

The mission of Reliance is being monitored by Mukesh Ambani himself. Under his leadership, Reliance is working on a dual strategy. The first is to change the process of many of Reliance’s refineries in Jamnagar to produce more and more life-giving oxygen. The second is to increase loading and transportation capabilities so that oxygen can be safely delivered to needy states.

Jamnagar refinery is being supplied

Reliance’s Jamnagar refinery produces products such as diesel, petrol, and jet fuel from crude oil. Medical-grade oxygen was not produced here. But given the rapid growth in the cases of corono and the demand for oxygen, Reliance changed its process and started producing medical-grade oxygen.

Production up to 1,000 metric tons

The loading and supply of oxygen has emerged as a major hurdle in the country. Engineers of Reliance found the solution by converting nitrogen tankers into oxygen tankers. In addition, Reliance airlifted 24 oxygen tankers from Saudi Arabia, Germany, Belgium, Netherlands and Thailand to cement the oxygen supply chain.