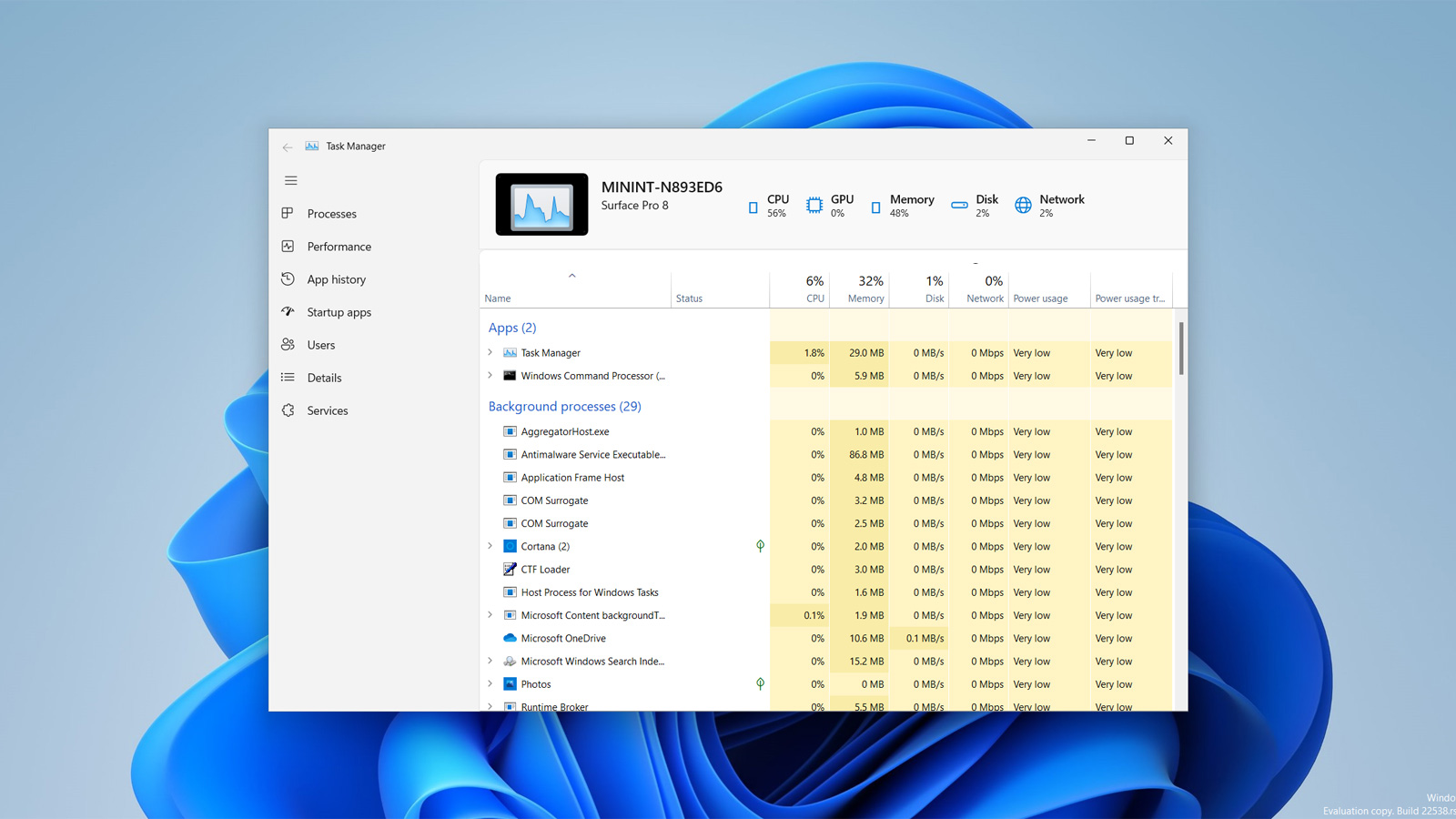 Microsoft is testing a new hidden feature in the latest Windows 11 preview build that rejuvenates the user interface for Task Manager with a new design and modern appearance.

Task Manager is one of the most commonly used built-in Windows apps, allowing users to see how much a process uses CPU and memory, terminate processes, manage auto-starting programs, or simply see what programs are running on a computer.

However, other than a few tweaks and small changes, the Windows Task Manager has remained relatively unchanged since Windows 10 was released.

Discovered by Windows developer Gustave Monce, enabling the feature does not add any new functionality to the program.

However, Task Manager now uses an app-like user interface with a sidebar menu for selecting screens rather than the usual tabbed sections.

In addition, Microsoft is testing a new ‘hero element’ feature that displays a pinned section at the top of the Task Manager that displays the computer’s name, its model, and the current resources being used, as shown below.

The new hero feature is currently static, meaning that it will display the same ‘Surface Pro 8’ information regardless of the device the new version is running on.

While not filled with exciting new features, it is good to see Microsoft update older user interface elements with the new modern feel of Windows 11.

How to enable the new Task Manager in Windows 11

If you wish to test out the new Windows 11 Task Manager, you can join the Windows Insider programs and install the current Windows 11 build (build 22538) or later.

To get this build, you will need to join the ‘Dev’ channel of the Windows Insider program.

Once the latest Windows 11 insider build is installed, please follow these steps to enable the new Task Manager:

When done testing, you can disable new Task Manager feature by running the following ViveTool commands from an elevated command prompt.

Once again, restart Task Manager to rever back to the original version.