Messenger has added a range of new tools to help users celebrate Lunar New Year, including themed stickers and AR effects, while it’s also adding a new way for users to share red letter envelopes in the app via its recently updated 3D avatar tools.

First off, there’s a new sticker pack, designed by illustrator Naomi Otsu, which features a range of tiger images, aligning with the Year of the Tiger theme. 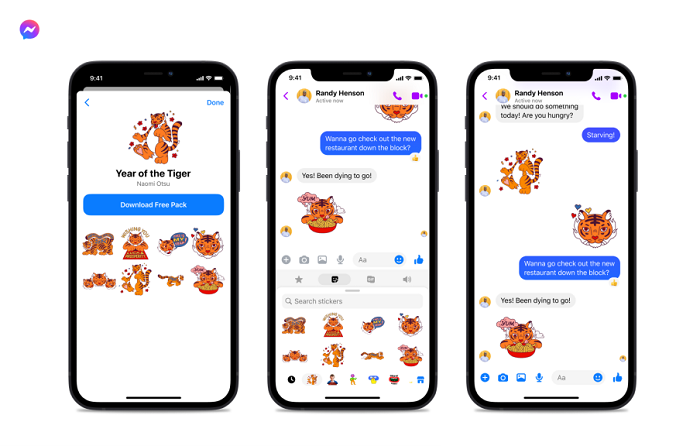 There’s also a new Lion Dance group AR effect – which is not specifically a tiger, I guess. But it’s close. Kind of. 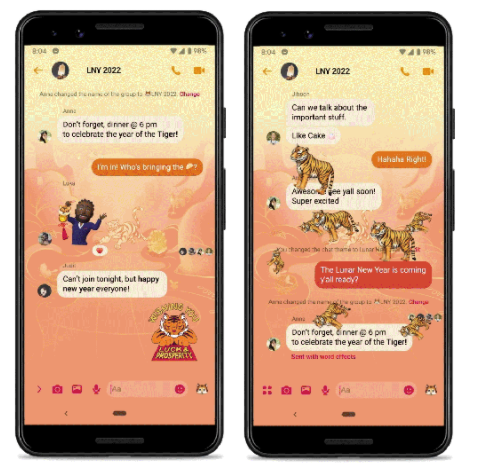 And finally, Meta will also enable people to use their 3D Avatars to send red letter envelopes in the app, tying into its recent update of its avatar creation tools.

“Starting today, people in the United States, Canada and Mexico can use their 3D avatar stickers to send red envelopes, a traditional Lunar New Year gift, to friends on Facebook and Messenger.” 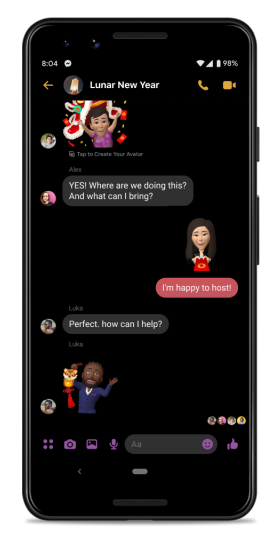 Lunar New Year is a major event on the cultural calendar for billions of people, and these new tools will provide more ways for them to mark the occasion with friends and family within Messenger.

It’s also an interesting first step in the expansion of its 3D avatars, which Meta is hoping will enable users to create digital representations of themselves that they can then use in a wider range of applications, with a view to these characters becoming their digital identity of sorts in the coming metaverse shift.

Which is a long way off (no matter what the rising array of brands want to tell you), but gradually, over time, we’re going to see more and more options for using digital avatars, along with AR and VR tools, which will integrate our experiences from the traditional computer interface, to entirely new forms of connection.

This is another small step, but those steps will eventually add up.