Inclusion has become an increasingly important focus over the past few years, which has changed the way that brands communicate, and how marketing messages should be framed, often through simple language shifts.

It’s an important consideration – according to a recent report from Facebook, only 41% of consumers feel represented in the ads that they see, while younger generations, in particular, are increasingly looking to align with businesses that show an awareness of social issues, and a willingness to align with cultural shifts.

As such, this new guide from LinkedIn could be a valuable companion, with its 7-page ‘Inclusive Language’ pocket guide offering some important points to consider in formulating your brand messaging.

The guide outlines the key elements of an inclusive language approach, and the importance of being considerate in your messaging.

“We define inclusive language as that which does not exclude or stereotype people based on race, sexual orientation, age, gender identity, ability, socioeconomic status, or any other characteristic. In other words, it’s about making your brand feel welcoming and accessible to all.”

The guide raises some interesting points of consideration, many of which you likely never considered. 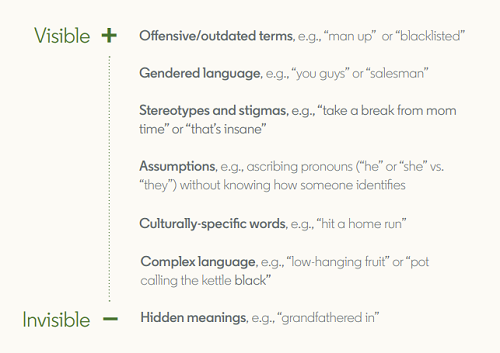 These are more subtle forms of gendered or culturally biased terms, which often seem relatively harmless. But by consciously moving away from such, we’re also lessening any stigma associated with our language, and the inherent associations that come with the same.

The guide also provides specific tips to consider in your approach: 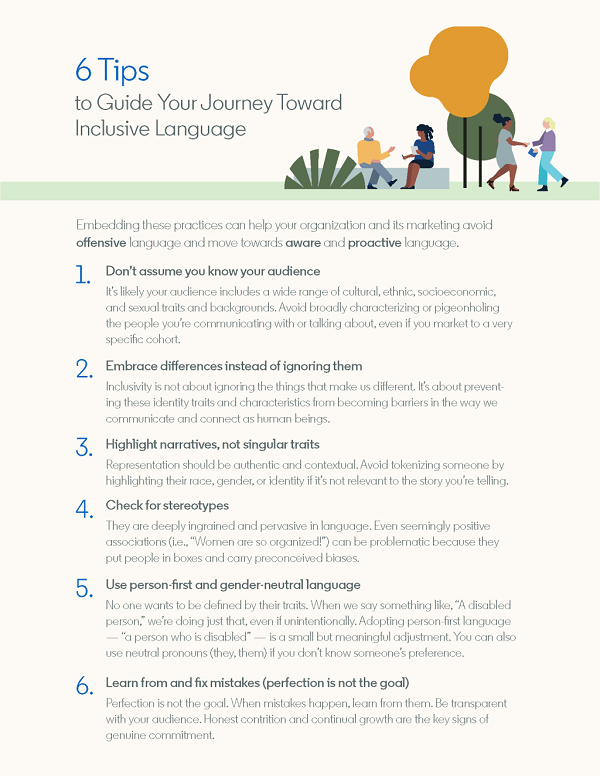 As well as some common examples to keep in mind. 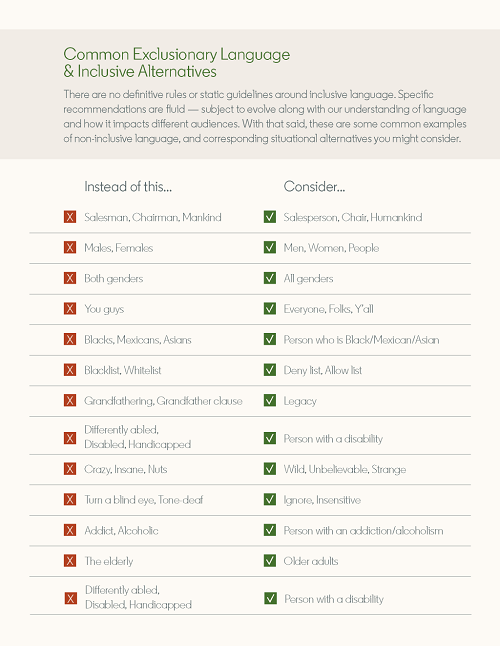 Some of these, of course, feel more obvious, and more concerning than others, but the real point here lies in raising awareness, and prompting more people to consider the language that they use, and the expanded impacts of that in reinforcing outdated norms, which we should be looking to move past.

At the least, it’s worth taking a look at the guide, and making yourself aware of the many examples and considerations at play. That, in itself, will likely be enough to lessen your reliance on such terms, which can go a long way towards reducing the impacts of such use.

You can download LinkedIn’s Inclusive Language Pocket Guide here, while LinkedIn also has a new LinkedIn Learning course on inclusive language as well.

Slack to include Clubhouse-like audio rooms, stories in its next update