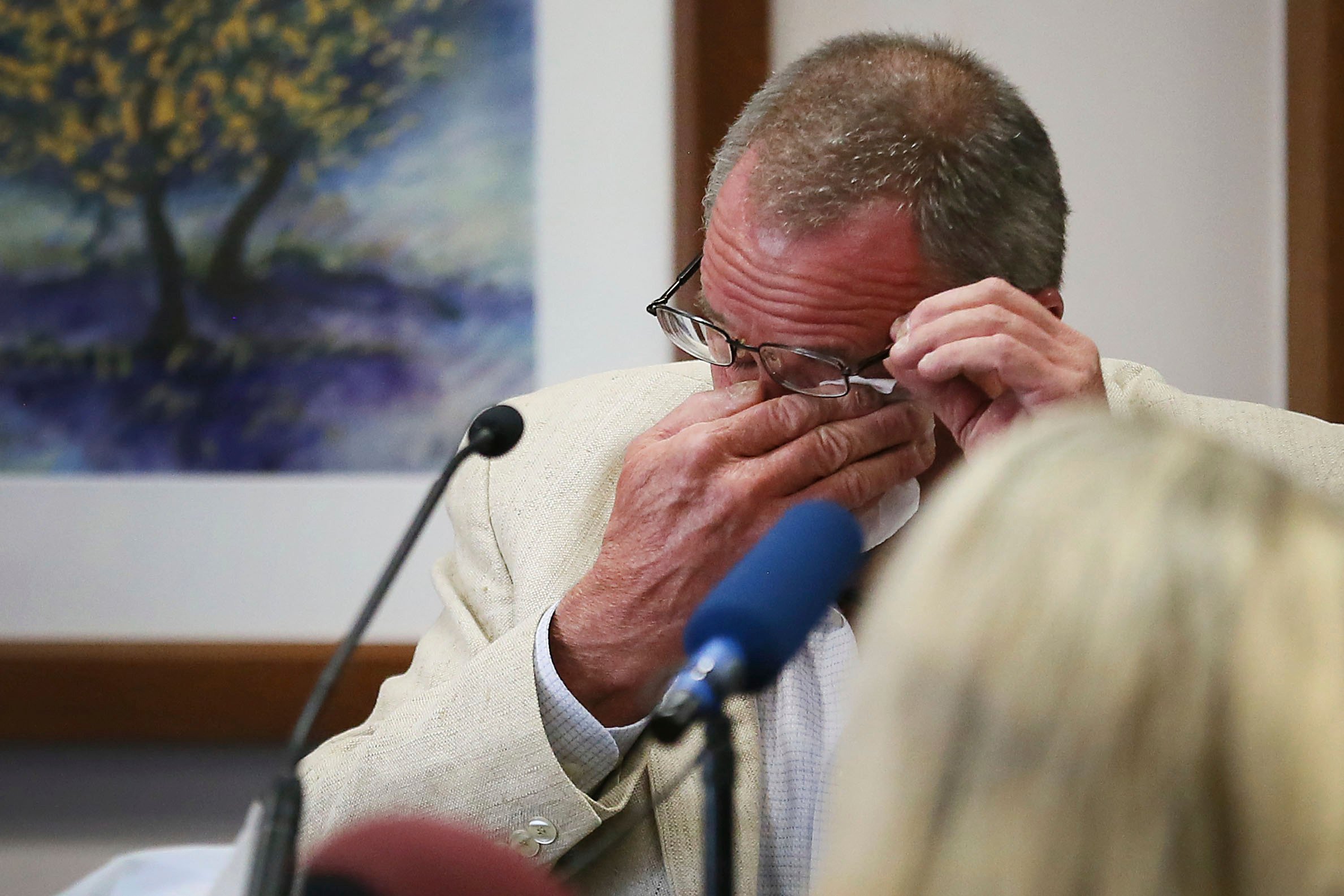 As the first of several defamation trials against Alex Jones comes to an end, we should never lose sight of the suffering of the plaintiffs, the Sandy Hook families. Jones, creator of the Infowars media empire, has made a career out of spreading lies and conspiracy theories. The mental torture, stalking, and death threats received by the survivors in Newtown, Connecticut, at the hands of Jones and his fans, are a reminder of the terrible power of disinformation.

“A lot of folks are centering Alex when they should be centering the bravery and catharsis of Neil Heslin and Scarlett Lewis,” said Dan Friesen, cohost of the Knowledge Fight podcast, which has devoted more than 700 episodes to critically examining Jones.

This is a tall order, because making himself the center of attention is one of Jones’ most carefully honed skills. He’s an expert at saying and doing things so outrageous that the progressive left can’t help but share them—always in horror and disgust, but reaping him new viewers and more clicks nonetheless. (Even the Texas Observer is not immune from dwelling on Jones’ antics.)

The media showed restraint in covering the Jones v. Heslin trial—Friesen described it as the opposite of a media circus. Even so, most of the coverage focuses on Jones’ moment by moment behavior in court, from chewing gum to the incredible ineptitude of his legal defense team in inadvertently releasing two years of Jones’ text messages to the plaintiffs. This is understandable: Jones is as terrible as a bloody car crash, and we can’t look away. However, along the way, we forget the victims of his carnage—in this case, Sandy Hook parents Neil Heslin and Scarlett Lewis. It’s also important to recognize the tactics Jones used for years while avoiding taking responsibility for the harm he caused so we can be less susceptible to them in the future.

(Infowars did not respond to the Observer’s request for comments.)

Michael Edison Hayden, senior investigative reporter and spokesperson for the Southern Poverty Law Center, told me he struggles to put into words his disgust at Jones and those who followed him in spreading the Sandy Hook conspiracy after the 2012 mass shooting. The massacre claimed the lives of 26 people at the Newtown, Connecticut elementary school, with the majority of the victims between the ages of six and seven. Jones and Infowars popularized the preposterous idea that the shooting had been faked to promote gun control measures; he and his guests repeatedly claimed the children may have been “crisis actors” who were still alive and unharmed.

“Imagine you’re a parent and you lose your child in that way and then, in the darkest moment of your life, this man comes along and leads what is essentially a mob to torment you, and he does it for money,” said Hayden, who has kids of his own.

In the immediate aftermath of the tragedy, many of Jones’ followers and fans harassed and even stalked the survivors. The threats continue to this day. Lewis and Heslin reportedly went into hiding during the trial after multiple disturbing acts of intimidation, including one in which a driver forced a car carrying Lewis’ son JT and his girlfriend off the road. Lewis told CT Insider that, while initially fearful of confronting Jones in court, she ultimately relished the chance.

“Sitting across from him, and looking into his eyes and literally speaking directly to him gave me my confidence,” Lewis told reporter John Moritz. “I felt just tremendous, I felt courage.”

Jones seemed determined to maximize victims’ families’ suffering by dragging out every stage of his many trials for years. He interfered with the discovery phase, sent unprepared and incompetent people to represent his companies at depositions, and delayed legal proceedings through numerous other means, including repeatedly firing his legal counsel. The courts finally served up default judgments against him in the Sandy Hook cases—a rare occurrence and a sign of how radically he violated legal norms.

“It’s painfully obvious that, at every step of the way, there was an attempt to push this down the road, hoping the plaintiffs would just say, ‘This is too much,’” Friesen said.

It got to the point that even the judge in the current case, Maya Guerra Gamble, was visibly fed up with Jones during the livestream of proceedings. At one point last week before Jones took the stand,  she declared, “If at any time I feel like a performance is being given, or this is being used for some purpose other than the trial, I will potentially throw out the news media.”

In another incident, she had to reiterate to Jones that lying isn’t allowed in court.

“She’s been incredibly fair given the circumstances, because for years there has been constant disrespect of the legal process by Alex and his attorneys,” Friesen said. “If you know the fuller picture, she was showing the patience of a saint.”

Jones uses the same delay and distract tactics repeatedly whenever he’s in legal trouble. In another case against Infowars, Jones and editor Kit Daniels misidentified the 2018 shooter who killed 17 people at Marjory Stoneman Douglas High School in Parkland, Florida as Marcel Fontaine. Fontaine died in an apartment fire in May 2022 while awaiting the resolution of his defamation case. His estate plans to continue the lawsuit.

“That was another case [Jones] was very much set to lose,” Friesen noted. During a deposition, Daniels burst into tears, acknowledging his and Jones’ guilt.

Although plaintiffs Heslin and Lewis won a substantial sum of money—over $40 million in compensatory and punitive damages—Friesen emphasized that it wasn’t about profit for the parents.

“Their hope was to affirm their child’s existence and create a consequence for Alex that was meaningful enough that he won’t do this to other families in the future,” he told the Observer.

However, both Friesen and Hayden believe that Jones is incapable of learning his lesson. He’s already spread dangerous lies about the Uvalde shooting.

In this regard, the effectiveness of the lawsuits will come down to their ability to cause financial damage to Jones—and whether they send a signal to others of his kind about the consequences of slander and libel. Infowars’ parent company, Free Speech Systems, recently filed for bankruptcy, but the Southern Poverty Law Center documented that Jones received 8 million dollars in Bitcoin donations between April and May. Although many Bitcoin transactions can be publicly tracked, Hayden said Jones took significant steps to obfuscate the donation’s final destination.

“Jones’ ability to survive financially hinges on two things,” Hayden said. “One, how successful will he be at being able to hide and obscure his money.”

The second factor, Hayden explained, is Jones’ value to the well-funded fascist movement that’s gathering power in the U.S. With Infowars successfully spreading the GOP’s anti-LGBTQ+ and anti-public education talking points, and with a hotly contested election months away, Hayden fears there could be rich donors willing to spend millions to keep them in operation.

“Is someone willing to foot the bill for what Jones has done, to keep him going? Are people willing to throw him a lifeline?”

While the financial consequences might be dire for Jones, Hayden noted that many others will continue to emulate the toxic media techniques they learned from Infowars.

“I don’t necessarily see an end to this whole corrupt economy on the right in which the worst possible people are constantly being pushed in [our] faces to create a reaction and to generate all kinds of social media attention. That doesn’t seem to be going away.”