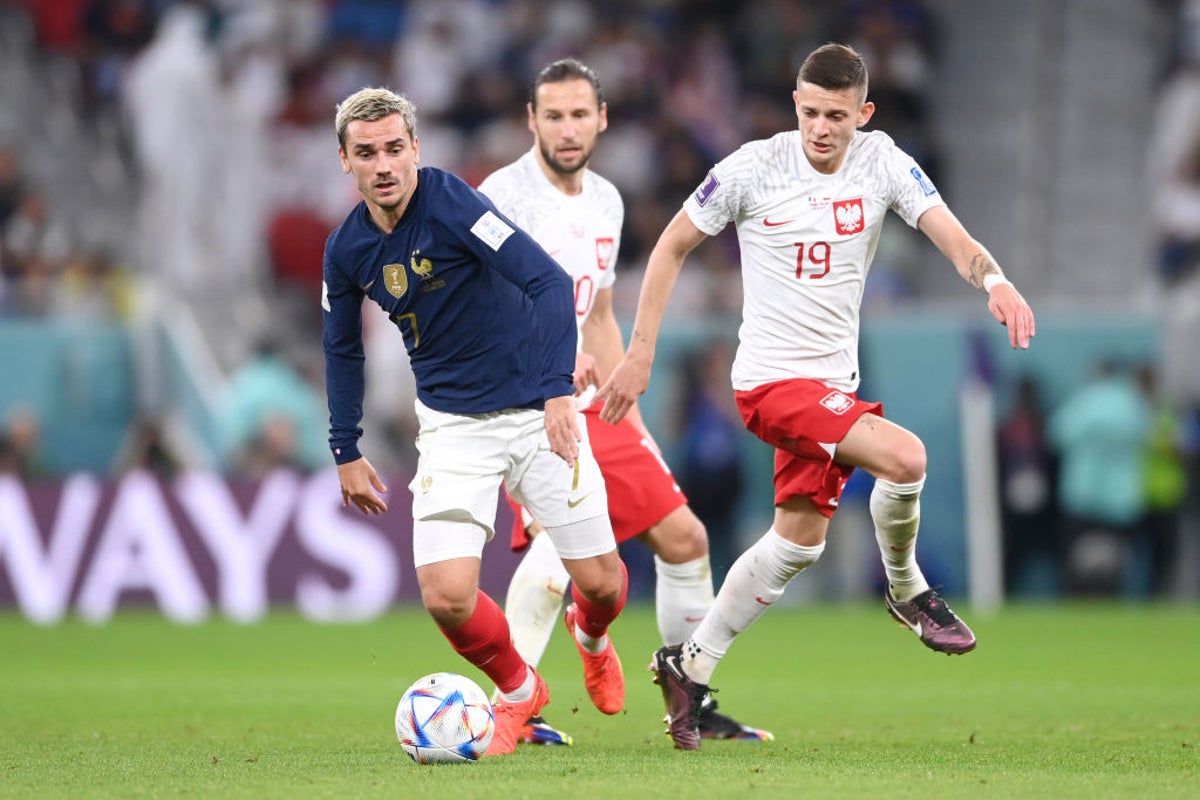 If France can go on to win the World Cup in Qatar they will make history by becoming the first reigning champion to defend their title in 60 years. Naturally, then, their title defence has in many ways come to mirror their 2018 campaign in Russia. They have gone back to the tried and trusted under Didier Deschamps: the exceptional Kylian Mbappe has renewed his partnership with Olivier Giroudexcept this time both are scoring. Antoine Griezmann has been reborn, with his influence resonating around the side.

There is a key difference, however. While their performances in the group stages were more electric in Qatar than they ever were in Russia, perhaps this display in the 3-1 win over Poland was, on paper at least, a return to the safer approaches of four years ago. The opportunities Poland were able to create in an awkward first half, though, showed that there is not the same stability within the side – particularly without the presence of Paul Pogba and N’Golo Kante in midfield. It is now the axis of Aurelien Tchouameni and Adrien Rabiot that allows Griezmann to roam forward and find space, setting up chances for Mbappe and Ousmane Dembele to attack on the wings.

But what Poland were able to do in the first half of this knockout match should create some encouragement for other World Cup contenders. Before Giroud’s opening goal, there was a 15-minute spell where Poland controlled possession and the midfield. Poland had been accused of “anti-football” as they surrendered any desire to have the ball in the 2-0 defeat to Argentina, a result that was still enough for them to qualify from the group stage. There was more ambition here, as Poland deployed a five-man midfield and committed runners forward to support Robert Lewandowski.

They thrived, most of all, in the spaces that Griezmann can often leave behind. Tchouameni was impressive in the group stages but the Real Madrid midfielder was often left isolated and vulnerable to the press.

Poland were also committed to staying in their shape and allowed Griezmann to drift in order to keep their line.

This resulted in Poland being able to press France higher up the pitch when they had the opportunity. It eventually led to their best chance of the first half, after Hugo Lloris was forced to clear under Poland pressure. From the throw, Poland pushed forward and Lloris had to save from Piotr Zielenski, with Raphael Varane then clearing off the goal-line.

Poland’s emphasis in packing the midfield meant that Griezmann was not receiving the passes between the lines when he tried to float into pockets of space, which increasingly led to the forward dropping deeper in order to look for the first-time ball behind the Poland defence.

However, this was also an area where Poland struggled and was where the opening goal came from. Just before half-time, their defensive shape was ragged with Giroud, Mbappe and Griezmann close together and occupying the back-line. A ball was fed forward to Mbappe, who dropped in and then played it around the corner, with Bartosz Bereszyński playing Giroud onside as he ran off the shoulder.

It certainly would have changed the Poland team talk, but their first-half had been one of improvement. After having just 24 per cent of possession against Argentina, Poland had more than double that against France and had the majority of the ball in the first half.

From a France perspective, it was clear where adjustments needed to be made and Griezmann was much sharper in the second half. Griezmann brought more energy off the ball and began to help Tchouameni and Rabiot by picking up loose balls in midfield, as well as on the edge of his own box.

He also started to find the spaces behind the Poland midfield, which led to France finding the passes out wide to Mbappe and Theo Hernandez on the left. With France also a goal up, Griezmann also had more space in front of him where he was able to bring his dribbling into play.

With Mbappe, there isn’t a more dangerous team on the counter-attack at the World Cup than France, as they showed to devastating effect in the second half. Griezmann’s defensive improvement in the second half was also shown by his clearance downfield from inside his own box, which Giroud brought down and led to the first of Mbappe’s two goals. The 23-year-old now has five for the tournament and it could be down to his individual quality that leads Blues to another World Cup. He is undoubtedly the star of his team, with Griezmann playing the support role in midfield. It will worry England, if they beat Senegal, but Poland have also shown where the gaps can be found.