HP unveiled its new Omen 45L desktop gaming PC along with a series of other gaming products at CES 2022.

The 45L desktop comes with Omen CryoChamber, a new cooling system for the central processing unit (CPU) that enables players to overclock, or run the machine at higher-than-usual specs.

HP also updated its Omen 16 and Omen 17 laptops with new chips and added a coverage plan to protect a gamer’s rig.

Alex Cho, president of HP Personal Systems, said in an interview that gaming is growing and becoming a bigger part of culture.

HP noted that 2.7 billion people play games, or nearly 35% of the global population. Women make up about 60% of all new gamers, and 30% of new gamers are under 25, showing that it’s taken firm hold as a generational form of entertainment and social connection being passed down.

About 84% of gamers state they play to connect with others of similar interests, and 80% use gaming to meet new people. HP said 77% play games to stay in touch with friends. 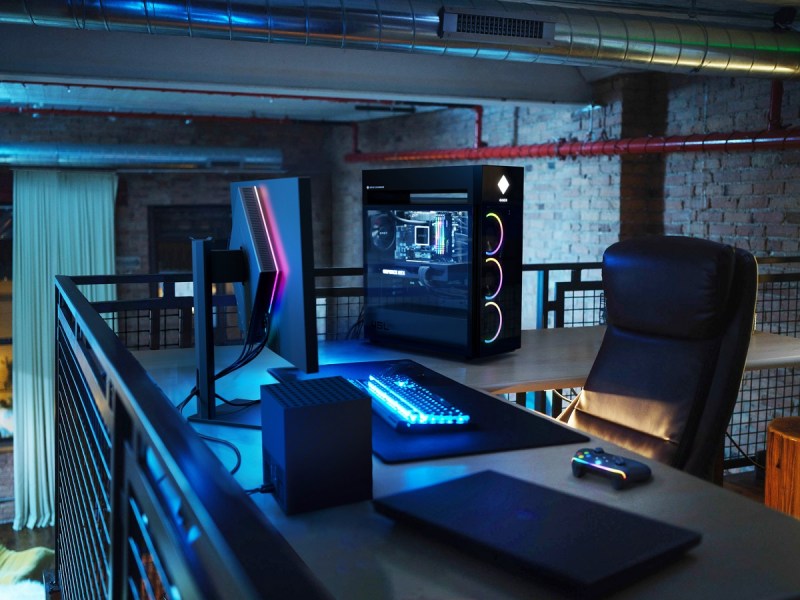 Above: HP says gaming is more diverse than ever.

The OMEN 45L desktop’s cooling compartment sits up to 43 millimeters above the main tower interior and houses up to a 360 millimeter all-in-one liquid cooler, which results in CPU temperatures that are 6°C lower at full load over an identical model without this feature.

It works by pulling in colder ambient air from outside the desktop to cool the radiator instead of utilizing air within the main interior actively heated by the CPU, graphics processing unit (GPU), and other components. The Omen Cryo Chamber can also be used as a handle to easily move the unit around.

HP will also make the Omen 45L chassis available for do-it-yourself gamers in recognition of the trend for gamers building their own machines. It has up to an 800-watt Cooler Master 80 PLUS Gold ATX power supply. The HP Omen Gaming Hub comes preinstalled on it for tweaking the system. It starts at Best Buy at $1,900 and is available on January 5. 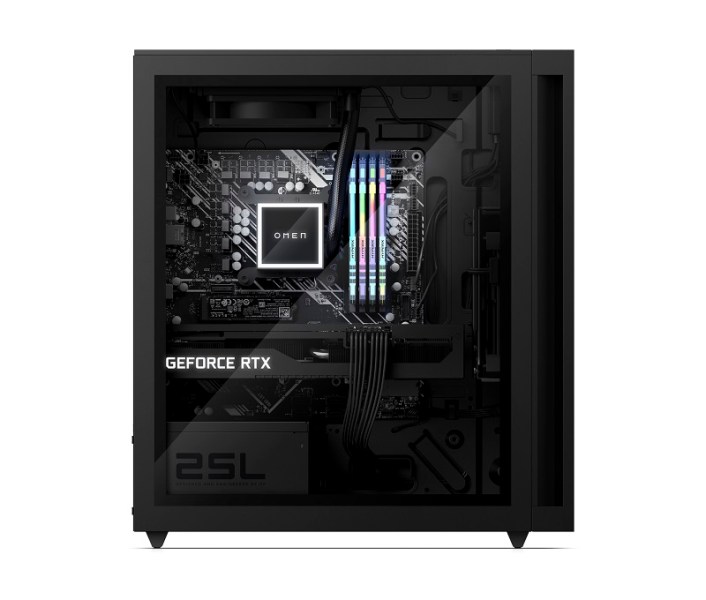 HP also has its Omen 25L desktop with new components including a new 120-millimeter front fan, a ceramic white case, and optional tempered glass side.

The Omen 25L desktop has a tool-less tower design. The insides feature RGB lighting via Omen Gaming Hub. Thermals have been further improved with the addition of a 120-millimeter front fan. It can use graphics up to the Nvidia GeForce RTX 3080 or up to the AMD RadeonRX 6700 XT graphics card.

It can also use the latest 12th Gen Intel Core i7 processors, or up to the latest AMD Ryzen processors. It will be available this spring. The price isn’t available yet. 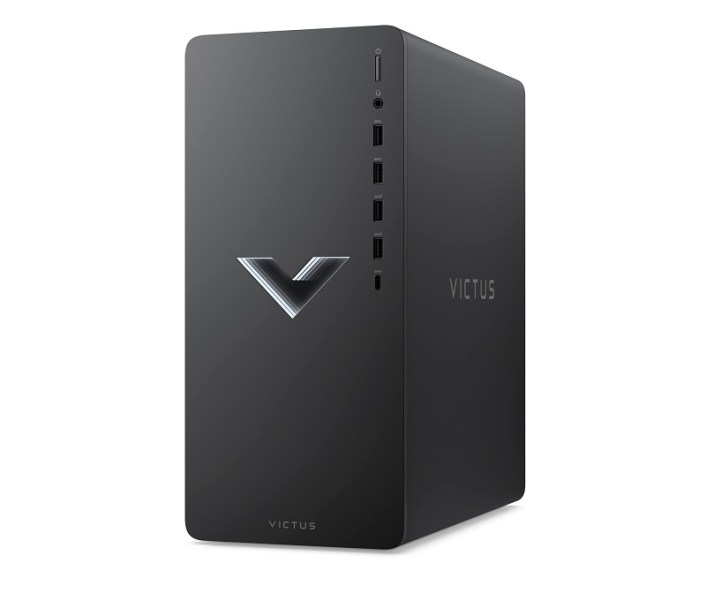 Above: The Victus by HP 15L desktop is targeted at mainstream gamers.

The Victus by HP 15L desktop is the line’s first desktop and features a compact design with two color options in Mica Silver and Ceramic White, along with the introduction of a customizable RGB “infinity mirror” logo.

For sustainability, it uses post-consumer recycled plastic in the bezel, water-based paint, along with being Energy Star certified and EPEAT Silver Registered. It will be available in February.

Gaming monitor for PCs or consoles 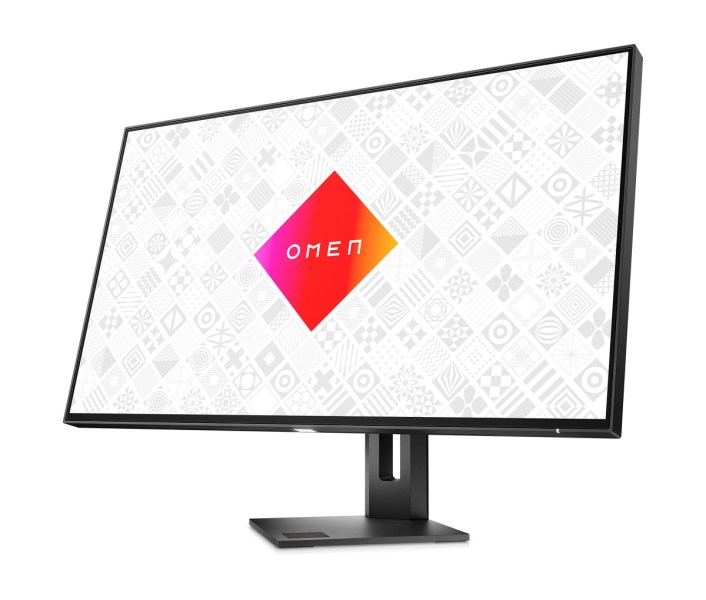 Above: The 27-inch Omen gaming monitor.

And HP has also unveiled its Omen 27u 4K Gaming Monitor, which has HDMI 2.1 connectors and works with game consoles. It has integrated speakers and an ARGB-lit rear for ambiance.

It is built for plug-and-play operation with game consoles. HP said the 4K gaming market is rapidly expanding with year-over-year growth of 257% in the U.S. It has a one-millisecond refresh rate and operates at 144Hz. It gets rid of screen tearing with AMD FreeSyncPremium Pro technology. It has 450 nits brightness and true 8-bit color. And it has support for 4K, 120 Hz, and VESADisplayHDR 400 via an HDMI 2.1 cable connection. It comes with integrated speakers.

The Nintendo Switch is likewise supported at its max-capable specifications. It has a four-sided micro-bezel design, and it has HP Eye Ease with Eyesafe certification to reduce eye strain while playing. It will be available this spring for $700.