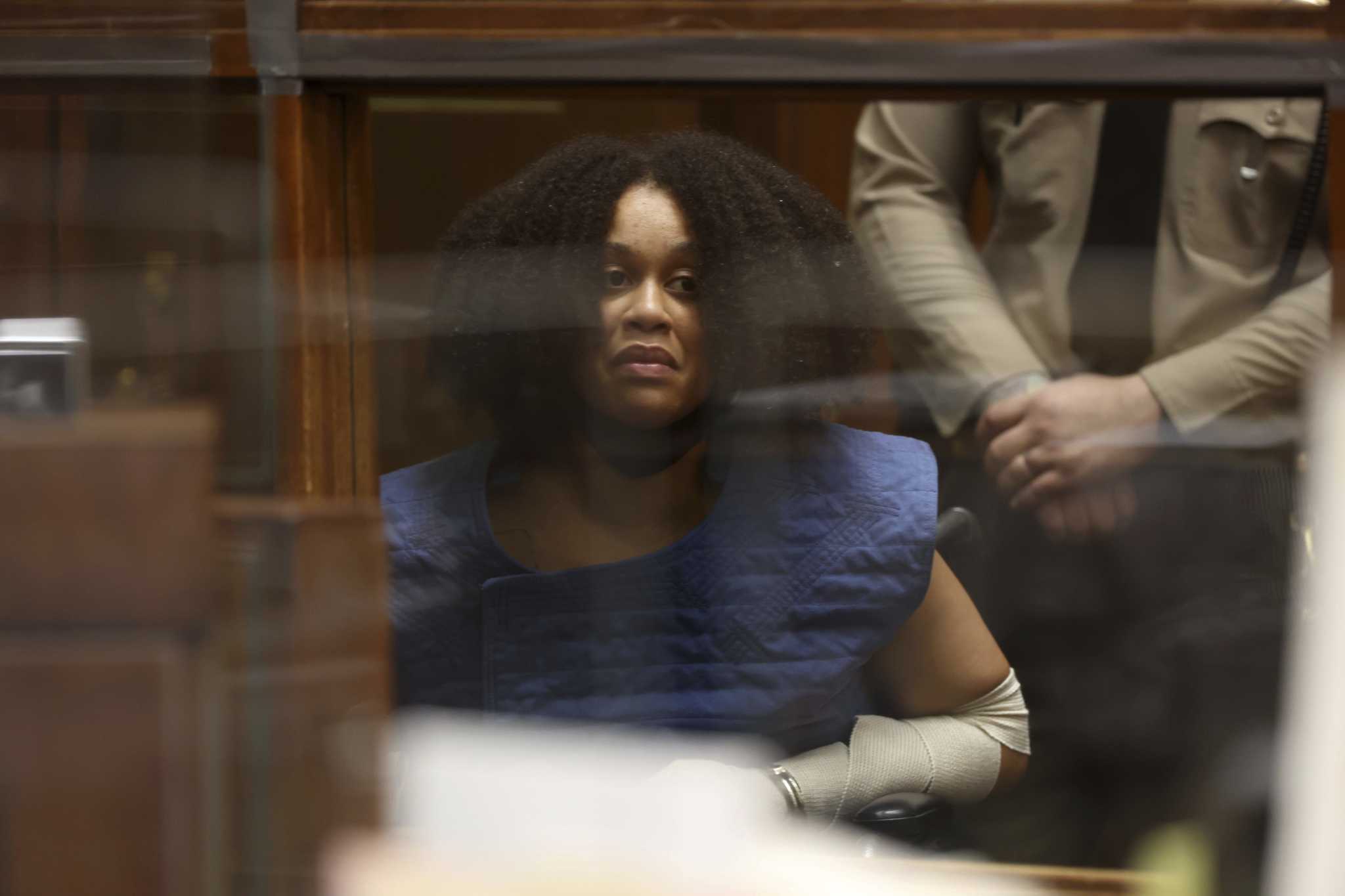 According to court documents obtained by NBC Los Angeles, prosecutors with the Los Angeles County District Attorney’s office filed a motion opposing bail reduction and release for Nicole Linton, a 37-year-old nurse from Houston currently held on $9 million bail for her alleged engineering of a fiery high-speed car wreck that killed five people, including a pregnant woman, and caused eight injuries at an intersection in the Los Angeles neighborhood of Windsor Hills on August 4. Linton has been charged with the murder of six people, including the unborn fetus.

Linton’s lawyers previously argued that their client, a traveling intensive care nurse then stationed at Kaiser Permanente Los Angeles Medical Center, lost consciousness in the moments before the crash. Remarks and details included in Friday’s filing dispute these claims, citing data recorded by the electronic control unit (ECU) in Linton’s car that registered her speed at 122 mph five seconds prior to the accident. The documents state that the ECU in Linton’s Mercedes-Benz recorded her steering wheel at a level position and her foot pressed fully on the accelerator for at least five seconds prior to crashing into cars moving through the intersection. At the point of impact, Linton was traveling 130 mph, according to prosecutors’ documents.

“This NASCAR-worthy performance flies in the face of the notion that she was unconscious or incapacitated,” the filing states.

The prosecution’s filing also states emergency room doctors who treated Linton in the immediate aftermath of the crash did not report any signs of seizure or impairment that would cause her to lose consciousness while driving. The filing comes as Linton’s lawyers seek her release on bail and potential housing in a mental health treatment facility. The prosecution is arguing for her to remain in custody until her trial.

In addition to murder charges, Linton faces five counts of vehicular manslaughter after her Mercedes-Benz ran a red light and plowed into multiple cars at the intersection of La Brea and Slauson avenues about 10 miles south of downtown Los Angeles. The crash killed Asherey Ryan, 23, her 11-month-old son Alonzo Quintero and her fiancé Reynold Lester. Also killed in the collision were Ryan’s unborn child, as well as Nateshia Lewis, 43, and Lynette Noble, 30.

August court documents filed by Linton’s attorneys Halim Dhanidina and Jacqueline Sparagnafor detailed their client’s history of mental illness and struggles with bipolar disorder. In May 2018 Linton was cited for disorderly conduct after jumping into a police squad car while suffering an acute panic attack. She was later committed to a psychiatric unit where she was prescribed medication to combat her bipolar disorder. Linton’s attorneys maintain that she began refusing to take her medication after the outset of the COVID-19 pandemic, causing her mental health to gradually worsen in recent years. On the day of the accident Linton allegedly appeared naked during a FaceTime call with members of her family while on a lunch break from her work at the hospital, her attorneys claimed.

“In the days and hours leading up to the events of August 4, Nicole’s behavior became increasingly frightening,” Dhanidina and Sparagna stated.

A bail review hearing for Linton is scheduled in Los Angeles County court this week.