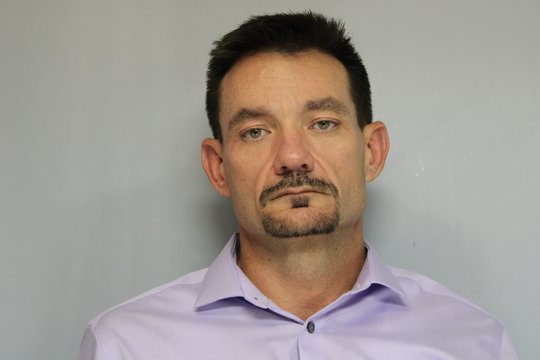 A Hall man was charged with perjury after testifying in a divorce proceeding that his daughter was dead. Later in that hearing, the daughter told the court she was not dead.

The Hall County Sheriff’s Office said Powell “knowingly and willfully made a false statement, claiming his daughter was deceased, when in fact, she was alive and well” during a July 7 judicial proceeding before Judge Matt Leipold.

Powell said during the hearing that they belonged to his 20-year-old daughter who stayed with him for a couple of weeks, according to a transcript of the hearing.

Powell said the daughter died in 2021.

With the hearing held via Zoom, Burruss then called Powell’s ex-wife, who testified that their daughter was not dead.

Burruss then called Powell’s daughter, who told the court she had not died and that she last saw Powell around Christmas 2003, according to the transcript.

The Sheriff’s Office did not have any information on the motive in the case, and Northeastern Judicial Circuit District Attorney Lee Darragh declined to comment on how the case was referred for prosecution.

Darragh said perjury cases are “rare” in his office but would be pursued when appropriate.

Perjury carries a maximum penalty of 10 years in prison.

When contacted by The Times, Burruss said the issues concerning the civil matter “are sensitive and ongoing” and that he could not comment.

The Times reached out to Powell’s attorney during the divorce case, Michael Crunk, via phone and email for comment, but those requests were not returned.