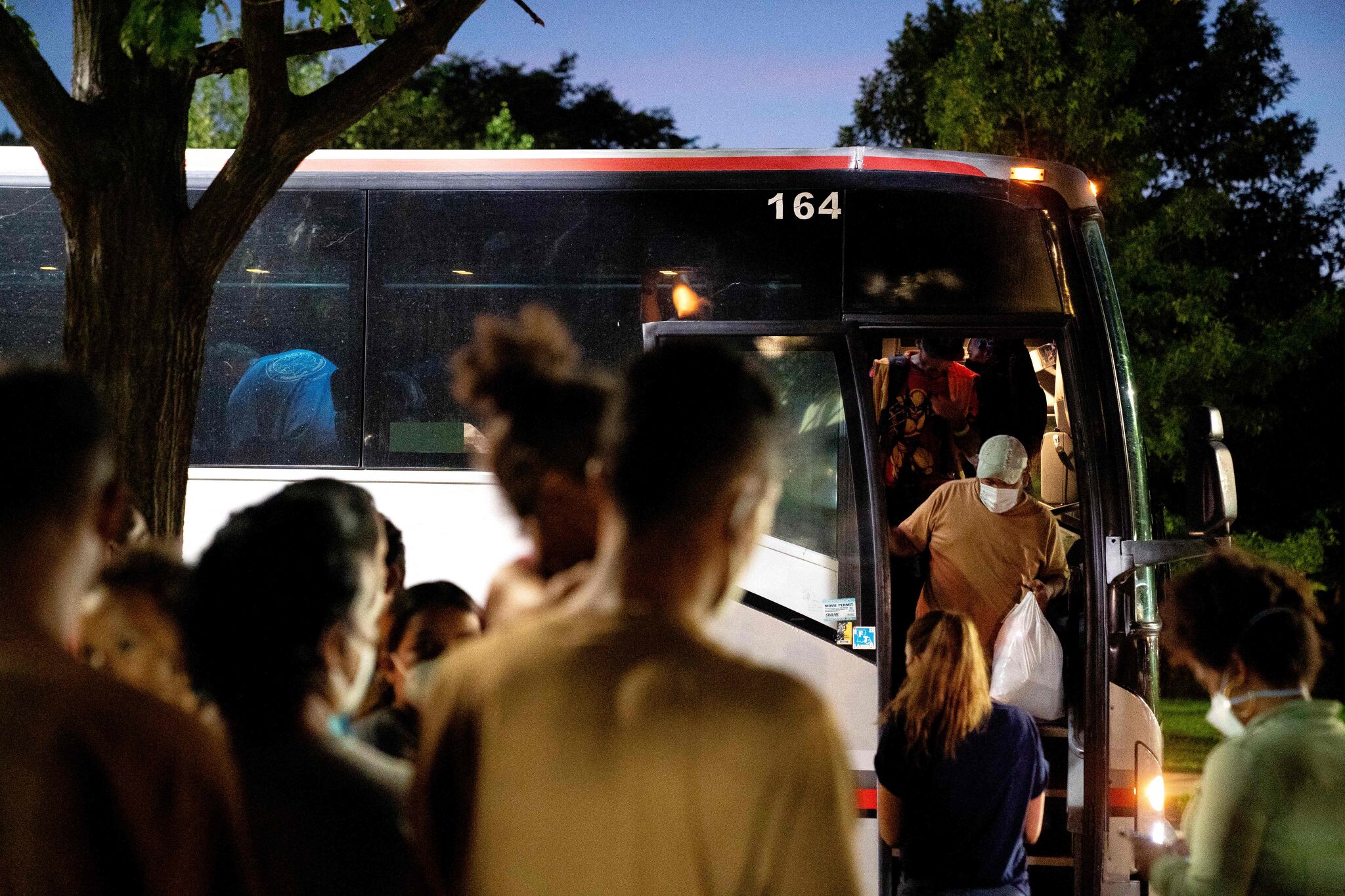 Gov. Greg Abbott announced Friday that Texas is now busing migrants from the Mexican border to New York City, the state’s latest confrontation with an East Coast city over the influx at the border.

Abbott’s office said the first bus to New York City would arrive Friday morning at the Port Authority Bus Terminal. It comes months after Texas began offering migrants bus rides to Washington, D.C., where the mayor, Muriel Bowser, has said the city is now being overwhelmed.

“In addition to Washington, D.C., New York City is the ideal destination for these migrants, who can receive the abundance of city services and housing that Mayor Eric Adams has boasted about within the sanctuary city,” Abbott said in a news release. “I hope he follows through on his promise of welcoming all migrants with open arms so that our overrun and overwhelmed border towns can find relief.”

The back and forth is steeped in political tensions as the Republican governor — running for reelection and considered a potential presidential candidate — tries to show that Democratic mayors are not as sympathetic to the plight of migrants as their party claims to be. Abbott’s critics have said he is using migrants as pawns in a cynical plot that does little to actually solve border problems.

Caught in the middle is President Joe Biden, who Abbott has long blamed for the border situation. Bowser has turned to the administration for help, asking last month for the Department of Defense to deploy the National Guard to her city.

“The migrant crisis facing our city and our country through cruel political gamesmanship from the governors of Texas and Arizona must be dealt with at a federal level,” Bowser wrote to the administration, referring to busing that has also been initiated by Arizona’s GOP governor, Doug Ducey.

Abbott sent a letter Monday to Adams and Bowser inviting them to the border region to “see firsthand the dire situation.” In rebuffing Abbott’s invitation, a spokesperson for Adams said Abbott should focus on helping “asylum seekers in Texas as we have been hard at work doing in New York City.”

Abbott has been unapologetic amid the backlash.

“They cannot handle the number of people coming in,” Abbott said Thursday during a speech in San Angelo, referring to Washington. “And all I have is bad news for them, because there are an increasing number of buses leaving every single day going to Washington, D.C. — and there may be some other locations on the horizon.”

This story was originally published on The Texas Tribune.