Google has released an update to its Lighthouse site auditing tool. In version 8.0, the weighting of the main site performance indicators in the final grade has changed. The update is already running in PageSpeed Insights. 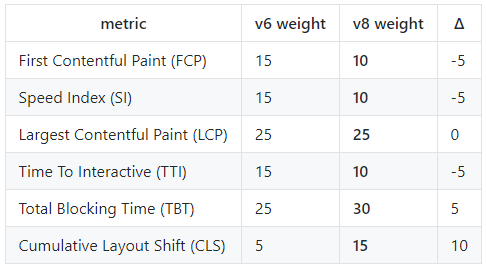 It is expected that as a result of this update, the majority (60%) of site owners notice positive changes according to their resources.

Google also showed the difference in ratings between different versions of Lighthouse.

Google also updated API Lighthouse. It now uses the new CLS metric definition by default. An older version of this metric will be available for a limited time.

As a reminder, in early June, the updated CLS earned в Search Console.