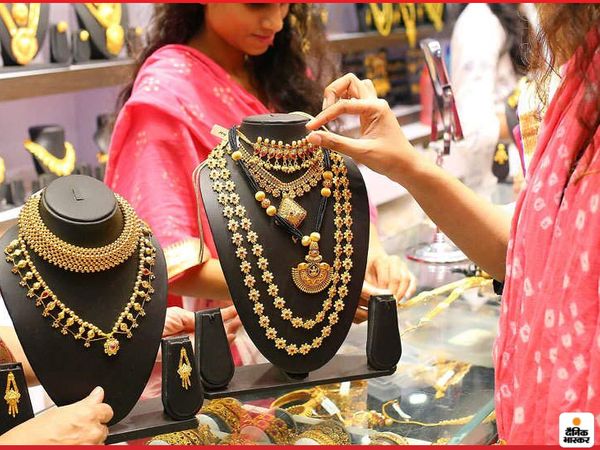 Today, gold prices have come down for the third consecutive day. Today, gold has become cheaper by Rs 433 and has reached Rs 46,950 per 10 grams. According to the website of the Indian Bullion and Jewelers Association, gold has become cheaper by Rs 856 so far this week. Talking about MCX, gold is trading here at around 2:00 pm at Rs 46,974. However, experts believe that there is no need to bother with this drop in gold, in the coming days, gold can go from 55 to 60 thousand.

China increased gold imports
Weakness in the dollar and approval of banks to import gold in China may see a rise in gold and silver in the coming days. China is the largest gold market. After this, India’s number comes.

Gold can go from 55 to 60 thousand
Anuj Gupta, Vice President (Commodity and Currency), IIFL Securities, says that due to Corona, there is an uncertainty around the world. In such a situation, gold can be benefited. In the coming months, gold can again reach 55 thousand. Ajay Kedia, director of Kedia Commodity, estimates that if the same trend prevails, gold can reach 60 thousand rupees in the next 5 to 6 months i.e., Diwali.

Gold is expensive when inflation increases
When inflation increases, the value of the currency decreases. At that time people keep the rupee as gold. In this way, gold is used to reduce its effect when inflation is prolonged for a long time. According to the RBI, if the second wave of corona in the country is uncontrollable, then long-term restrictions on movement will continue. This will affect the supply chain. Inflation may increase if this happens. In such a situation, they also indicate the rise in the price of gold.