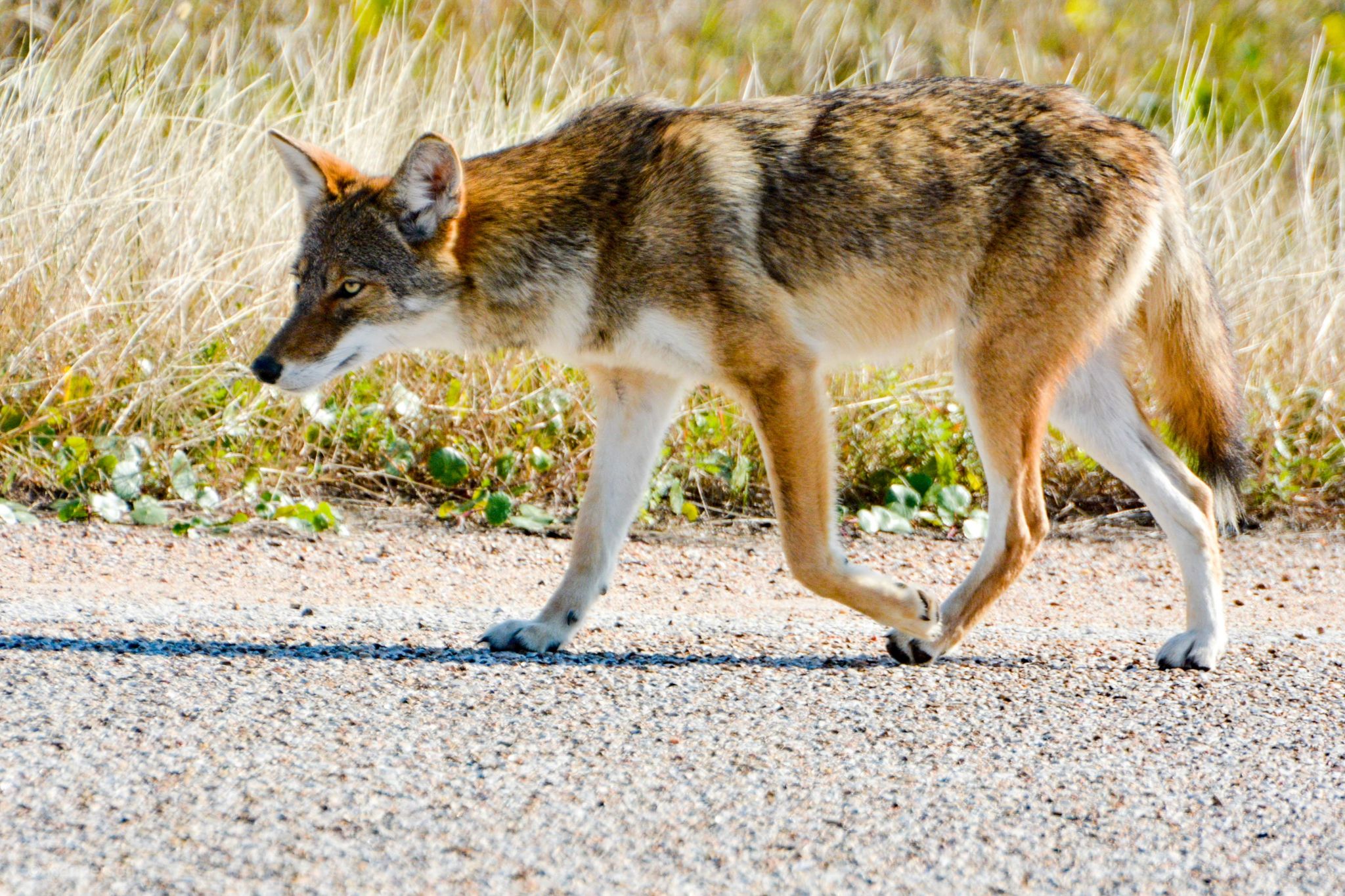 Scientists say Galveston Island’s rare species of “ghost wolves” are a hybrid of historic red wolves and coyotes, meaning that the rare canines could be the key to reviving one of its ancestors.

The findings on ghost wolves, which resemble coyotes, were presented by researchers with the Gulf Coast Canine Project and Galveston Police Animal Services Division during a town hall Wednesday, according to a report by Matt Dougherty of KHOU 11.

“I got to watch him hunting the sand dunes for rats,” said Josh Henderson with Galveston Island Animal Services as he showed a video he took of a ghost wolf, Dougherty reported. “The amount of rats an adult coyote can eat is absolutely a blessing for the island.”

The animals are descendants of historic red wolves that previously roamed the southeastern United States, said Dr. Kristin Brzeski, an assistant professor at Michigan Technological University, per KHOU 11. “Due to persecution by humans, habitat loss, disease and then hybridization with encroaching coyotes, the species was basically isolated right here,” she said.

Red wolves have not been seen in the Lone Star State since the 1980s, the Houston Chronicle reported earlier this year. Only about 20 full-blooded red wolves still exist, belonging to a pack closely monitored in North Carolina, Brzeski said, according to KHOU 11. There are red wolves in captivity, but researchers say the captive population is not sustainable due to inbreeding. However, the missing genetic material that could help the species survive could be on Galveston Island.

At least four distinct groups of ghost wolves have been found living in Galveston, spanning the entire island from East End to Jamaica Beach, researchers said, according to KHOU 11. Some that were studied were found to have around 70 percent of red wolf DNA while others have less.

A possible ghost wolf was recently captured in a video shared by the Texas Parks and Wildlife Department. The clip shows a coyote-like creature playing in the dunes of Galveston Island, likely looking for a snack, TPWD said in the post. “We can’t tell for sure if this coyote is one of the ‘ghost wolves’ of Galveston (coyotes with red wolf DNA), but it joins all the other wildlife that live among the dunes,” the agency wrote.

Other examples of red wolf ancestry have previously appeared in Texas. The TPWD previously reported that a wild-caught, captive-raised coyote in the Panhandle was tested in 2019 and shown to have as much as 35 percent red wolf genetics.