Markets were braced for volatility in US petrol and diesel prices on Sunday as the country’s biggest fuel pipeline remained shut down following a cyber attack.

The Colonial Pipeline, which carries 45 per cent of the fuel consumed on the US East Coast, was taken offline on Friday, restricting the movement of gasoline, diesel and jet fuel from refineries on the Gulf coast to markets such as Atlanta, Washington and New York.

The disruption comes as Americans begin travelling more with the lifting of coronavirus restrictions, and just ahead of the US driving season, the country’s peak demand months.

“We’re realising the gravity of it is maybe worse than what we’d expected,” said Patrick De Haan, head of petroleum analysis at data provider GasBuddy.

De Haan said he expected a “slight impact” when electronic trading resumed on Sunday evening, with prices rising by a few cents. But if the pipeline was not quickly reopened the impact on prices could become more severe in the coming days. 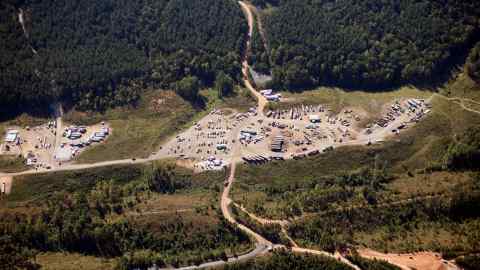 “There’s still a little breathing room, we’re starting to run low on it. But Monday, Tuesday if there’s no news, you know we’re dealing with something fairly significant.”

The pipeline is the country’s biggest conduit for refined products, spanning more than 5,500 miles from Pasadena, Texas to Linden, New Jersey and New York Harbor, with capacity of 2.5m barrels a day, or almost 15 per cent of total US demand. It serves some of the country’s main transport hubs, including the country’s busiest airport, Hartsfield-Jackson in Atlanta.

Gasoline demand in areas served by the pipeline rose by about 4 per cent on Saturday compared with the previous week, according to GasBuddy, indicating a degree of panic buying as consumers fretted over the potential for a prolonged outage.

The shutdown may trigger another rise in US petroleum imports, exposing the country’s energy vulnerability despite a decade of soaring domestic and gas production.

“The base case is that it’s resolved quickly, but if not US gasoline and diesel prices will have to rise very significantly to draw in sufficient imports from Europe,” said Robert Campbell, head of oil products research at consultancy Energy Aspects.

The federal government could also temporarily waive the Jones Act, which prohibits non-US-flagged vessels from shipping goods between US ports, to allow fuel to be transported from the US Gulf to the eastern seaboard, analysts said. Rules requiring gasoline to include biofuels could also be lifted temporarily to make it easier to produce more gasoline if a shortage emerged, said Campbell.

Refiners in the US Gulf Coast that use the pipeline to ship products eastward would be forced to trim back fuel production, he said.

Large pipelines increasingly rely on automation to monitor flows and pressure, and control batches of deliveries of petroleum products, increasing the disruption that can be caused by a computer hack.

“This is definitely not a schoolboy prank. This is a highly sophisticated attack on a piece of critical infrastructure,” said Campbell.

President Joe Biden was briefed on the situation at the weekend, and the White House said the federal government was “working actively to assess the implications of this incident, avoid disruption to supply, and help the company restore pipeline operations as quickly as possible”.

The attack came as the White House was preparing for another round of negotiations with legislators about the president’s proposed $2.3tn infrastructure package.

Biden and the Democrats say unprecedented federal spending levels on everything from broadband access to subsidised childcare are needed to help propel and sustain an economic recovery. But Republicans have pushed for a slimmed-down bill more tightly focused on traditional infrastructure projects, such as roads, bridges and tunnels.

Adam Kinzinger, a Republican congressman from Illinois, on Sunday said the attack on the Colonial pipeline underscored the importance of investing in critical infrastructure and energy projects.

“This needs to redouble our efforts as a country to get past our internal divisions . . . and focus on things like critical infrastructure in the future,” he told CBS News. “Because this is only going to continue to happen more often if we’re not careful.”