Facebook is looking to help Messenger users get into the Halloween spirit with a new set of themed AR effects and new video backgrounds and stickers for your text and video chats.

First off, Facebook’s adding four new ‘haunted worlds’, available on both Messenger and Instagram, which will enable users to explore Halloween-themed AR features in each app.

In addition, Messenger users will also be able to try a new Halloween 360 background and sticker pack: 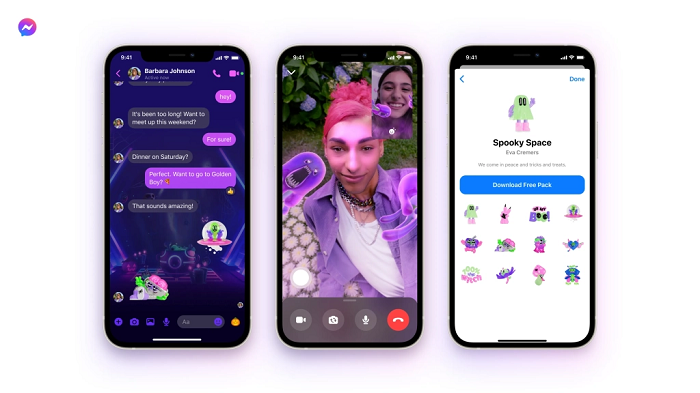 On Messenger Kids, users will be able to add Halloween frames and stickers to their shared images, while they’ll also be able to adopt virtual pet ghosts which will live in the AR environment. 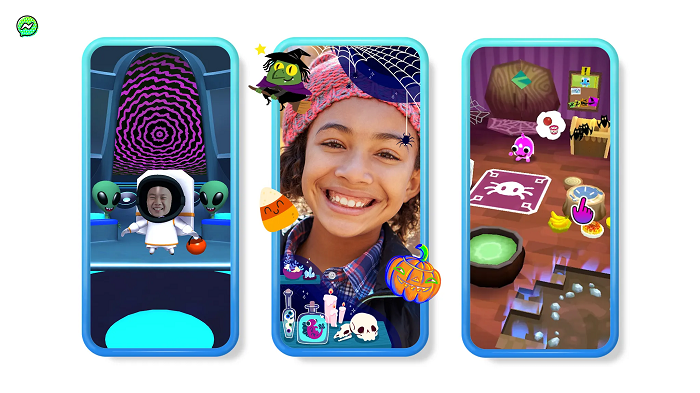 In addition to these seasonal updates, Facebook’s also looking to expand the use of its new Word Effects, which it announced back in August. The option sees specific emojis tied to your use of certain terms in your chats.

“Now, when you send standalone messages like “goodnight,” “congrats” and “jk,” you’ll see an option to create a word effect for that term, including a suggested emoji pairing.” 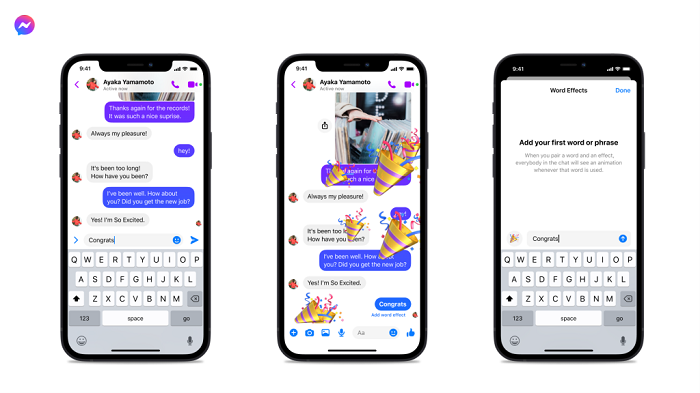 As you can see here, when you use a trigger word, as defined by you, a flood of your chosen emoji will float up the screen. Which seems like it could get annoying real fast – but either way, Facebook’s keen for more users to try it out, and the prompts will certainly help to raise awareness.

And finally, Facebook’s also adding some new themed backgrounds, including Dune and a relaxing ‘care’ visual, while it’s also adding James Bond Soundmojis to celebrate the release of the latest Bond film. 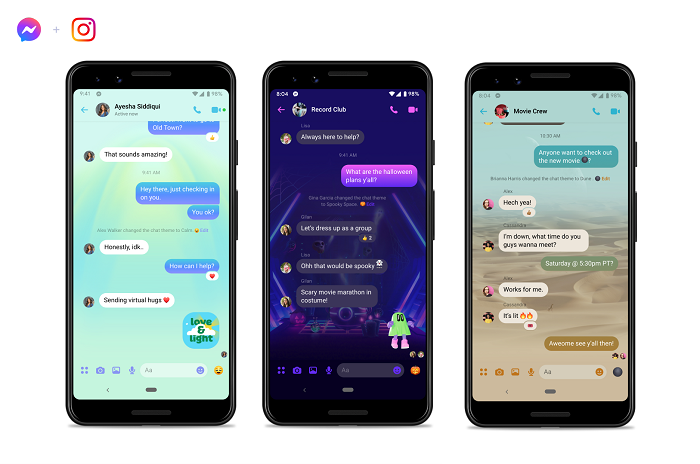 The options could help users get into the spirit of the season, while the additional background options add more creative consideration for your chats, along with Word Effects.

The new features will be rolling out in Messenger from this week.