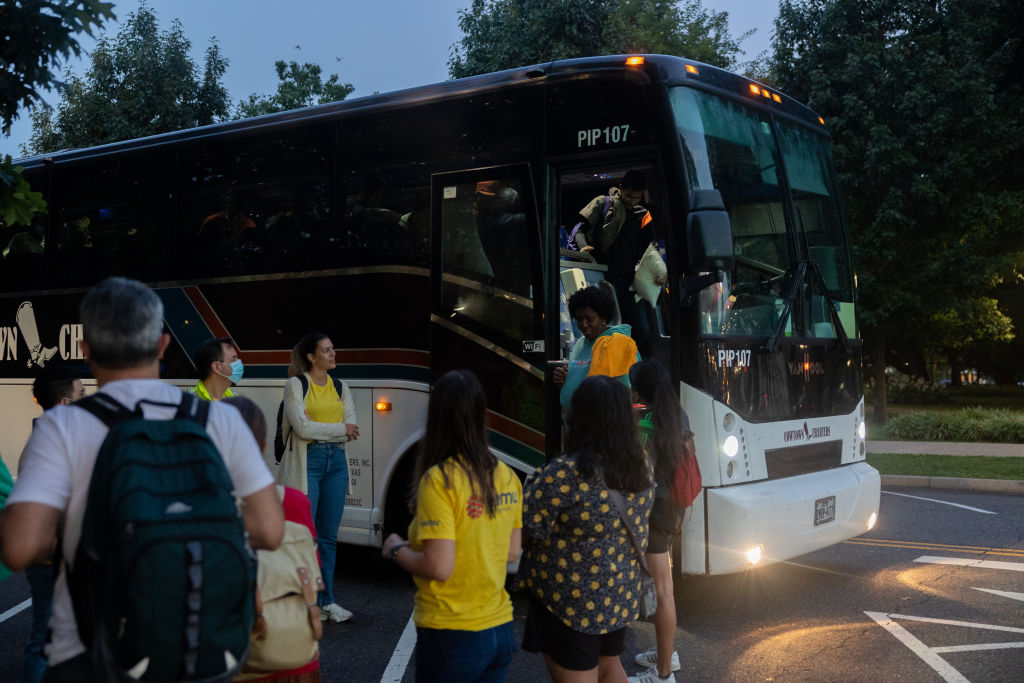 Abbott has bused more than 3,000 immigrants to New York City and more than 900 to Chicago as of late August, according to Reuters. Abbott, who is running for reelection in November, has bused the immigrants as part of the campaign to bring attention to the U.S.-Mexico border. The number of immigrants Abbott has bused pales in comparison to El Paso, across the border from Juarez, Mexico.

El Paso has bused about 7,000 immigrants to New York City since late August and sent more than 1,800 to Chicago, Reuters reports. To be more exact, El Paso has bused 7,330 immigrants to New York City and 1,960 to Chicago from August 23 to October 5, according to data from a spokesperson with the city. That is a total of 9,290 across 196 charter buses.

El Paso is currently led by Democratic Mayor Oscar Leeser and represented by Democratic members of the state and U.S. congress. El Paso is also hometown to Democratic gubernatorial candidate Beto O’Rourke. The El Paso native has called on President Joe Biden’s administration to end the Donald Trump-era COVID-19 health policy, Title 42, which has been used to expel over a million immigrants. He has also said that he is in support of Border Patrol.

Border Patrol has encountered nearly 154,000 Venezuelans along the U.S.-Mexico border in the first 11 months of this fiscal year, which is a 216% increase year-over-year, according to the Tribune.

El Paso’s Democratic leaders say that the immigrants are bused to New York City and Chicago voluntarily, a claim that has also been made by Abbott. New York officials told Reuters that coordination could be better between states, saying discussions should be had beforehand about the number of immigrants and if they have to be transported to New York.

Now, three immigrants who were flown to Martha’s Vineyard are suing DeSantis, saying that they didn’t know they were headed to the Massachusetts’ vacation town until they arrived. Another report alleges that the immigrants were provided fake flyers that promised housing, clothing, food, and work for the immigrants.