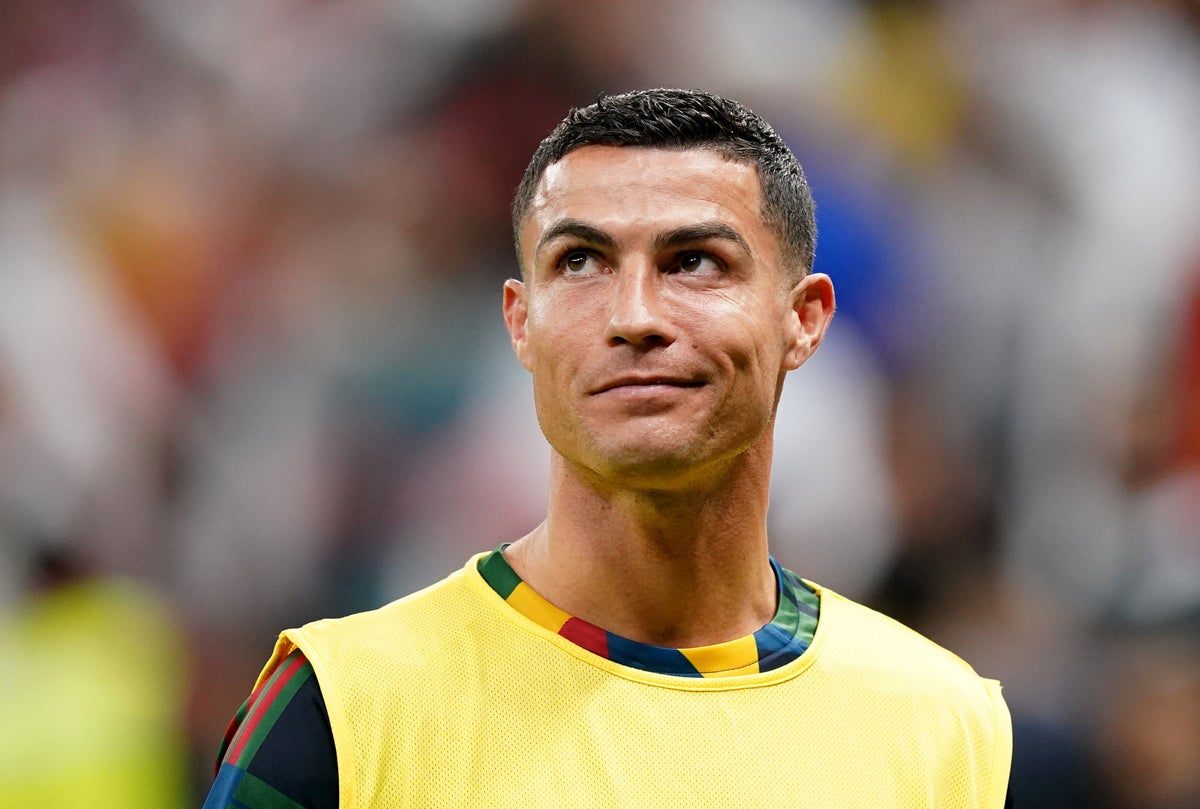 Sometimes the end comes gradually, sometimes suddenly. And sometimes both. Two weeks to the day since Cristiano Ronaldo left Manchester UnitedPortugal left him out. Discarded by club, dropped by country, Ronaldo should not search out Piers Morgan to cry betrayal again. As Goncalo Ramos did his finest Geoff Hurst impressionstarting a World Cup on the bench and scoring a hat-trick in the knockout stages while standing in for a great, Ronaldo found himself replaced by a revelation.

When the chant of “Ronaldo” rang around the Lusail after an hour, it was a tribute, rather than a rebellion. The most contentious call of Fernando Santos’s managerial career was starting to look the best. When Ronaldo entered the fray for the final 18 minutes, it was to deafening ovation, but after a seismic shift in the pecking order. The player many think is the finest ever is now the understudy to a prospect who was uncapped three weeks ago.

As Portugal scored at least five goals in a World Cup knockout game for the first time since Eusebio instigated a comeback against North Korea in 1966, Ronaldo received proof his country, like his former club, are better off without him on the pitch.

A few days ago, he may have relished the thought of Portugal’s centre-forward scoring three goals here, but it was Ramos. He would have savoured the idea of a veteran scoring with a bullet header, but it was Pepe. Ronaldo celebrated it enthusiastically, prompting the inevitable quips that he was trying to claim it, but even as Portugal surged into the quarter-finals, it raised the prospect that if they do win the World Cup, it will be lifted by Pepe.

As Santos found an even older captain, in Pepe, and a far younger striker, in Ramos, who turned three the last time Ronaldo sat out a meaningful tournament game for his country, it felt unfair to burden a rookie with the pressure of replacing him. Instead, Ramos looked undaunted. He lashed a ferocious effort in, supplied a predatory near-post finish and then dinked a shot over Yann Sommer. Each, like Pepe’s header, like Rafael Leao’s injury-time curler, was a finish a man with 819 career goals could have supplied but Ramos provided the movement Ronaldo cannot and Portugal ran riot. Joao Felix set up two of his goals, combining wonderfully with the newcomer. Finally a squad brimming with attacking talents played to their considerable potential. They looked more vibrant in Ronaldo’s absence.

Which is not entirely his fault. Even his chiseled physique cannot move as sleekly as a 21-year-old’s. Yet a tournament that began with Ronaldo becoming the only man ever to score at five World Cups has taken on a chastening feel. Lionel Messi has rarely looked better in an Argentina shirt. Kylian Mbappe, at 23, has already scored more World Cup goals than Ronaldo. Inside 17 minutes, Ramos had more goals in its knockout stages than Ronaldo has now mustered in 532 minutes, dating back to 2006. Even when he found the net in his cameo, Ronaldo was offside: increasingly he is, in a bid to compensate for a loss of pace.

If he is now being consigned to the past, he is also a link with it. Dead rubbers apart, the last World Cup or European Championship match he did not begin was the 2004 win against Russia, 6,747 days ago and when Ramos was a toddler. Eras end at World Cups, but few have lasted as long. The Russia game was closer in time to Diego Maradona’s seminal summer of 1986 than the current day.

Teamsheets occasionally convey a historic feel. This did. Photographers crowded around a dugout, ready to capture the picture of a substitute in a bib. The famous No 7 shirt was in his hand, not on his back. Even after kick-off, Santos had to wave them away from the bench. The cameras caught the stony stare into the distance of man perhaps contemplating his footballing mortality for the first time. Ronaldo is a self-made player, a construct of his own willpower, the teenager with the tricks who transformed himself into the most prolific goalscorer in the game’s history.

Given the stature of his achievements, it is understandable if it is hard to reconcile himself to a new reality. At least, after a descent marked by dissent, he reacted better here: he was warming up when Portugal scored their third and fourth goals, greeting Ramos’s second with a big grin and Raphael Guerreiro’s emphatic finish by clapping. Unlike in Manchester United’s win over Tottenham, he did not refuse to come on.

Portugal’s dynamism showed his demotion was a footballing choice, not the product of a feud. But if performances were the determining factor, petulance scarcely painted Ronaldo in a good light. Certainly Santos was left unimpressed by his reaction to his substitution against South Korea. The temptation is to think his presence in that game was an attempt to try and pad out his statistics. That may be unfair, but rampant selfishness helped propel Ronaldo to such heights. It was a feature of his World Cup.

But this was a sudden swing in tone. Portugal abandoned the charade of pandering to Ronaldo. Their previous visit to the Lusail was pockmarked by their indulgence of the pretence he had scored a Bruno Fernandes goal, both the midfielder and the manager reluctant to admit the obvious. Such, it seemed, was the power of Ronaldo.

Yet it has waned in a year of untold indignities; he was omitted for two Manchester derbies, disappearing to Portugal for the first, not brought on in the second. He went unwanted when he advertised his services in the summer. He has looked blinded to the evidence of his own decline, ageing gracelessly in a hubristic 2022 when opinions elsewhere changed.

Some 70 per cent of And she was readers polled wanted Ronaldo dropped; the notion a legend weakened the team was first anathema and has now become accepted, just as the vast majority of United fans backed Erik ten Hag. His managers have moved on and Ramos has cemented Portugal’s case for change. And so, for the first time since Ronaldo was the back-up to Luis Figo and Simao Sabrosa at the start of Euro 2004, he finds himself a reserve for Portugal.