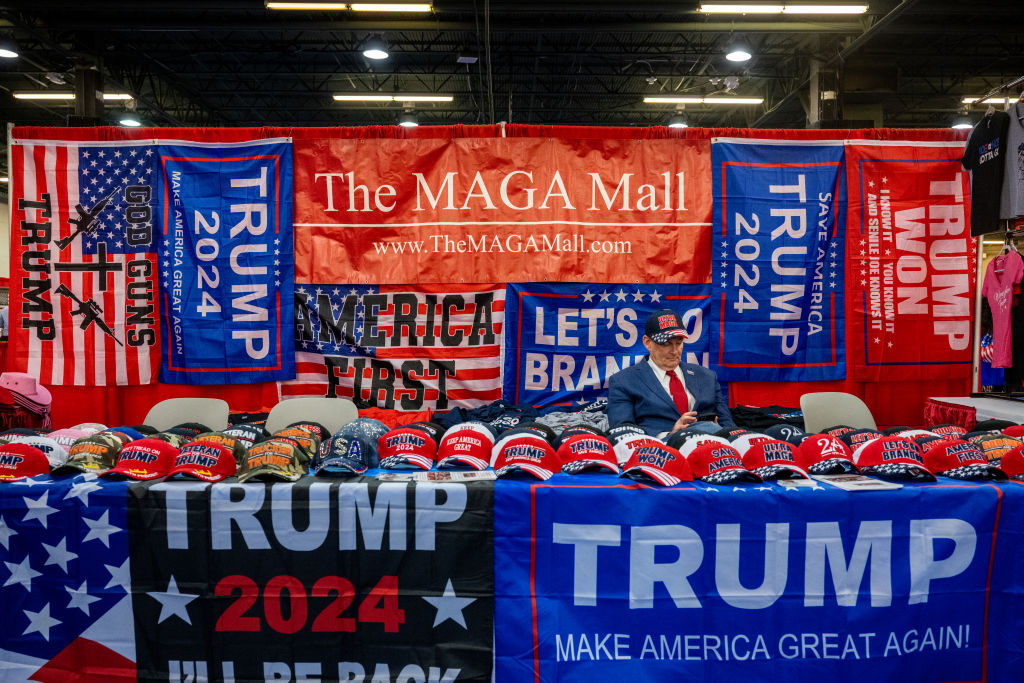 There was a lot of political news coming out of Dallas this weekend as far-right, conservative figureheads had a lot to say at the Conservative Political Action Conference (CPAC). Most of the wild highlights made the rounds on social media before making headlines, most of which had people saying conservatives are “saying the quiet things really loud.”

The tweet that went viral Monday morning, August 8, was a six second clip of a digital banner that flashed across a stage at CPAC on Sunday, August 7, which the announcer reads aloud: “Ladies and gentlemen, ‘We Are All Domestic Terrorists.'”

The banner was introducing the name of a panel that supposedly was to to be “tongue-in-cheek,” Texas Monthly reported. One of the panelists was Julie Pickren, a state board of education candidate from Houston who attended the MAGA rally in Washington D.C. on January 6, 2021.

Whether it was casual transphobia from Texas Sen. Ted Cruz, or foreign leaders who have promoted white supremacist ideologies, here’s a brief run-through of what happened at CPAC Texas this weekend.

This weekend, Cruz continued to attack gender identity by mocking pronouns at CPAC by repeating a remark he made at the college-aged conservative conference Turning Point USA in Tampa, Florida, in June.

“My name is Ted Cruz, and my pronouns are kiss my ass,” Cruz shouted.

The remark, seen in the video above, was met with cheers from the Texas audience.

Video of MGT and Jan. 6th convict Brandon Straka at CPAC. He talks about his reasons for the theatrics. The last shot is 😂😂😂 pic.twitter.com/pECsbUIh2O

There was a “demonstration” at CPAC that featured a man crying inside of a fake jail cell on Friday, August 5. That man was Brandon Straka, a self-proclaimed liberal turned conservative and fan of former president Donald Trump, who founded the #WalkAway campaign. Georgia Rep. Marjorie Taylor Greene joined Straka in the jail cell while people outside prayed over them.

Straka told the Daily Mail in the video above that he felt people who participated in the January 6 riots and were convicted on various charges were “suffering unduly.”

It should be noted that Straka himself was sentenced to three months of home detention for his involvement in the January 6 riots at the U.S. Capitol. Leaked court documents also show that Straka provided information to the FBI on other riot participants.

Trump calls swimmer Riley Gaines up on stage and tries to give her a kiss. She flinches and pulls away. pic.twitter.com/zKSZMAEF2Y

“Keep men out of women’s sports”

Another CPAC clip that went viral was when Trump called former University of Kentucky swimmer Riley Gaines to the stage on Saturday, August 6, when speaking against transgender athletes participating in women’s sports, misgendering them when saying “We will keep men out of women’s sports.”

The video tweeted by Ron Filipkowski, a Republican turned Democrat attorney, alleges that Gaines flinched and pulled away from Trump when he tried to kiss her.

“Basically all I want to say is that it takes a brain, and common sense, and 5th-grade biology-level understanding to realize this is blatantly unfair,” Gaines said after the awkward moment.

Gaines took issue with NCAA swimmer Lia Thomas being nominated for NCAA woman of the year in July. Thomas is a transgender woman.

“This war is a culture war”

Conservatives gave Hungarian prime minister Viktor Orbán a standing ovation on Thursday, Aug. 4, who a week earlier said that  Europeans “do not want to become peoples of mixed race.”

“This war is a culture war,” Orbán said. “We have to revitalize our churches, our families, our universities, and our community institutions.”