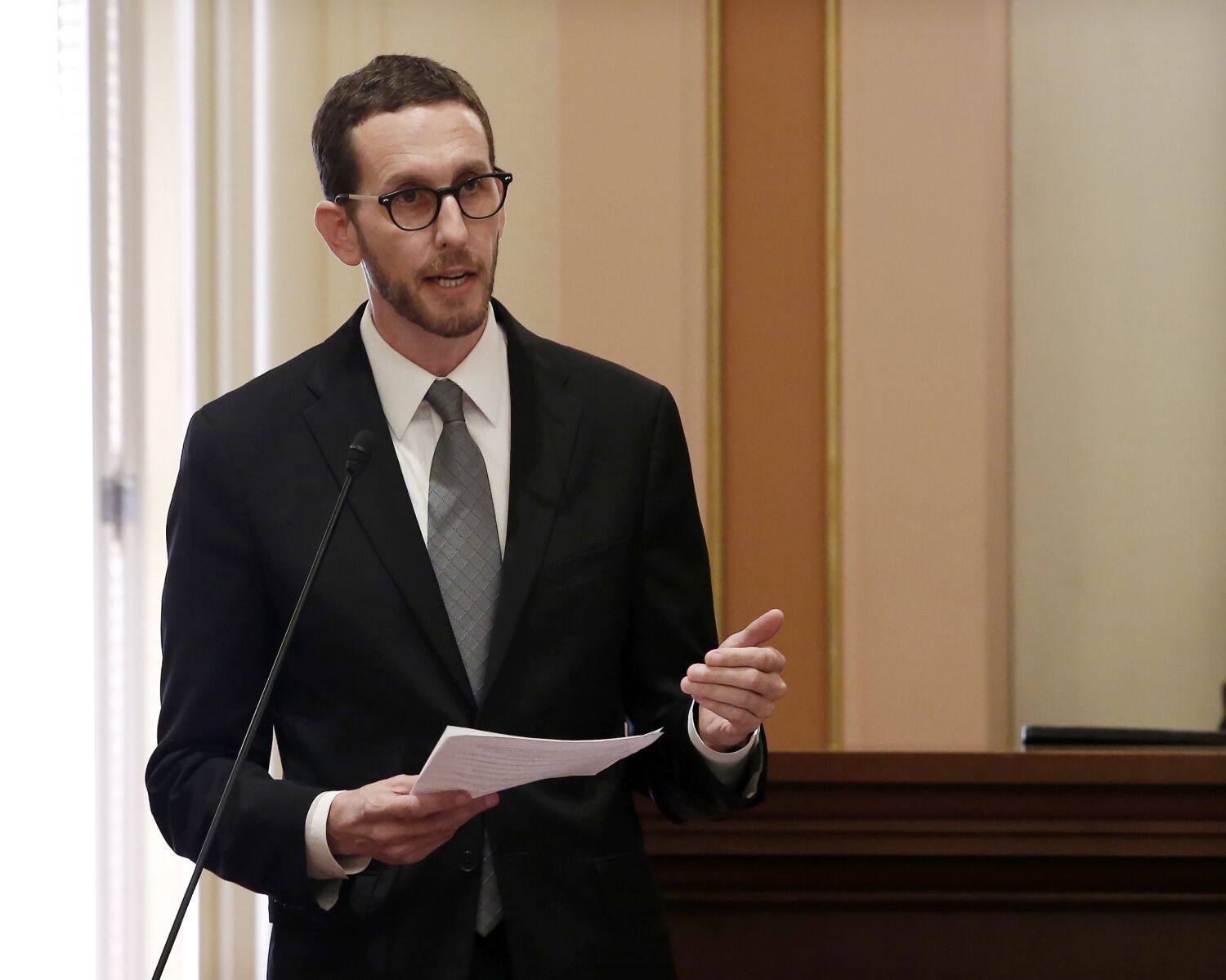 California nonprofit colleges and faith organizations such as churches, mosques and synagogues would be able to build affordable homes on their land under a bill introduced Tuesday to help alleviate the state’s worsening housing shortage and homelessness crisis.

If approved by lawmakers and signed into law, Senate Bill 4 would reduce barriers that religious and nonprofit organizations often face when planning multifamily housing projects on their properties, such as local zoning regulations and the state’s stringent environmental review process, which critics say can add years of expensive and red tape to the process.

The proposal would supersede local zoning rules that either prohibit or discourage this development and would bar opponents of the housing projects from using the environmental review law to slow down construction through litigation.

“SB 4 will unlock an enormous, and I’m not exaggerating, an enormous amount of land for 100% affordable housing,” state Sen. Scott Wiener (D-San Francisco) said at a news conference to announce the proposal, citing a 2020 study by UC Berkeley’s Terner Center for Housing Innovation that found nearly 40,000 acres currently used for religious purposes could be developed.

The bill is Wiener’s third attempt at legislation to carve an easier path for churches and other faith institutions to build housing and is expected to be one of the new year’s fiercest legislative battles.

A 2020 version of SB 4 died amid disagreement between affordable housing groups that supported it and labor organizations that advocated for a “skilled and trained,” or largely unionized, workforce mandate in the bill. Unions have long argued that labor requirements help ensure that housing contractors provide a livable wage and a qualified workforce, while developers contend those rules increase costs that drive up housing prices and stymie construction.

But proponents are optimistic that a rare deal lawmakers struck this year between the opposing political forces on two bills to convert underutilized commercial buildings into housing will provide a road map to similar success with SB 4. That agreement came together after months of negotiation.

The California Conference of Carpenters already signed on as a co-sponsor of SB 4, which includes similar labor language that was used in the 2022 deal to ensure union-scale wages and other benefits. But the proposal is unlikely to get very far without input from the influential State Building and Construction Trades Council of California.

Wiener said he hopes to “thread the needle and come up with a resolution” with the Trades Council. He unveiled the bill at the news conference in San Francisco alongside dozens of carpenters and religious leaders who gave examples of plans to convert parking lots into housing for seniors, veterans, homeless individuals and other vulnerable people.

“This bill is a creative solution to address one of the critical issues of our time, and it gives communities of faith the opportunity to do good,” said Marty Schenker, incoming board chair of the Jewish Public Affairs Committee of California, another co-sponsor.

It would apply only to projects that guarantee 100% affordability, meaning they are largely preserved for low-income households. Building organizations would need to commit to that affordability requirement for 55 years in rental units and 45 years for owner-occupied units.

The proposal is one of a flurry of bills lawmakers introduced this week to address homelessness and housing after the launch of the 2023-2024 legislative session in Sacramento on Monday.

Two bills would ban encampments near sensitive areas such as schools, parks and libraries, similar to measures that the Los Angeles City Council and the Sacramento City Council approved this year to address a growing number of tents and drug use near places where children play and learn.

The two proposals were introduced by Republicans, giving them a slim chance at approval with a Democratic supermajority in power. Even so, they could stir debate in the statehouse on where individuals can set up tents in public.