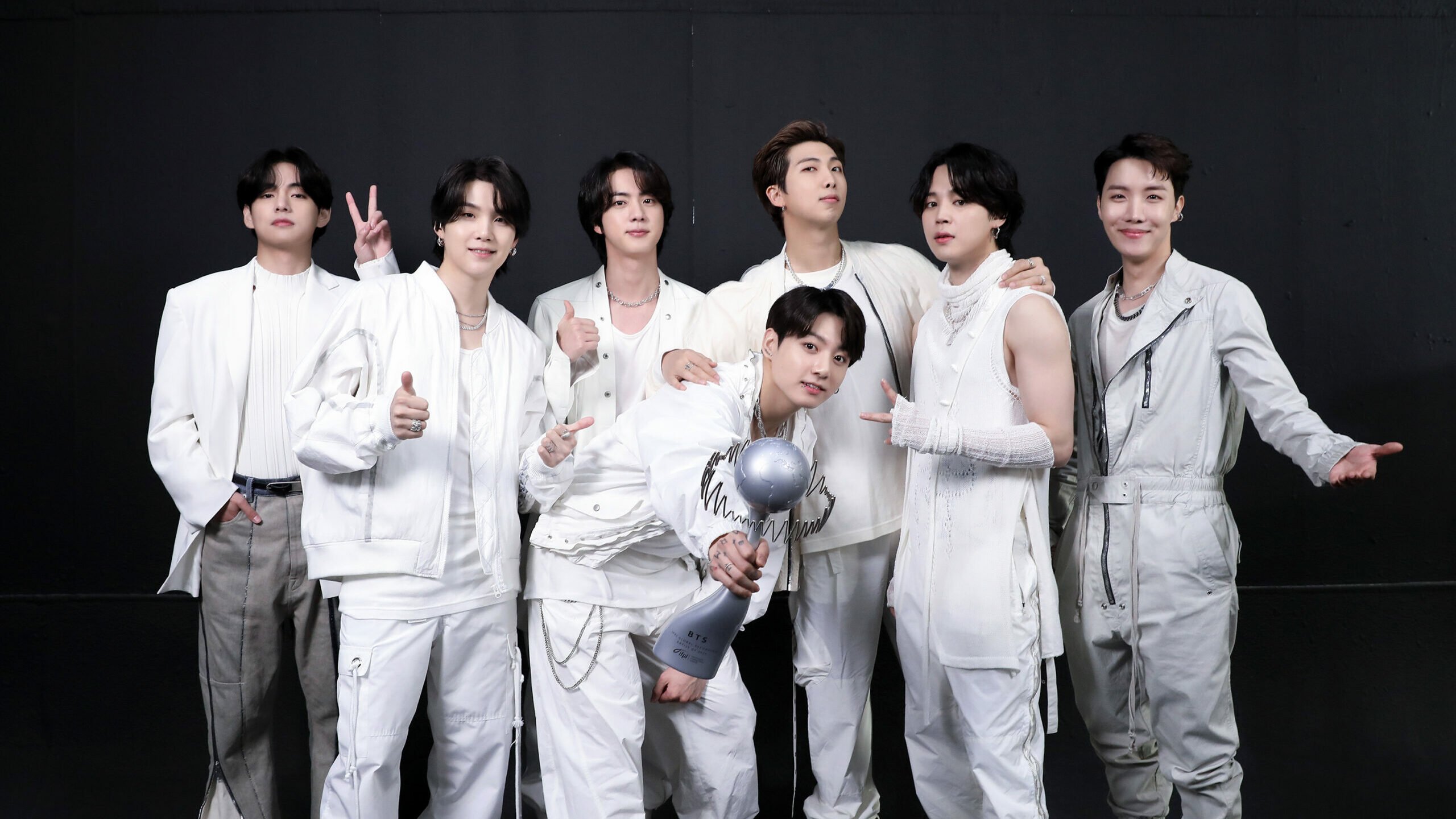 BTS have been crowned winners of 2021’s IFPI Global Recording Artist of the Year Award.

The news marks a “landmark moment” for the recording industry, says IFPI, as the South Korean group are the first act to win the award for two consecutive years.

The award is calculated according to an artist’s or group’s worldwide performance across digital and physical music formats during the year, from streams to vinyl, and covers their entire body of work.

BTS first entered the IFPI Global Artist Chart in 2018, entering at No.2.

The 2020 chart saw the global superstars become the first Korean act to win the accolade, as well as the first winner to perform primarily in a language other than English.

In the latest chart, BTS were joined by fellow K-pop stars SEVENTEEN, who made their first chart appearance at No.9.

This, says IFPI, demonstrates the growing popularity of K-Pop with music fans across the globe.

According to IFPI’s 2021 State of the Industry report, a record-breaking year for K-Pop in 2020 drove South Korea to 44.8% growth, making it the fastest-growing major market in 2020.

With that in mind, BTS’s latest award should come as no surprise to those who’ve been following the band’s industry moves in 2021.

Butterwhich was released in May 2021, charted at No.1 in the US Billboard Hot 100 Chart for seven consecutive weeks, while in July, the single Permission to Dance also debuted at No.1 on the Hot 100, replacing themselves at the top spot.

In September, Coldplay and BTS released My Universewhich is also charted at No.1 in the US.

HYBE, the company behind BTS, also had a hugely successful 2021.

In February 2022, the South Korea-headquartered firm, which began life as Big Hit Entertainment– and remains the home of BTS – posted record annual revenues for 2021.

Those revenues hit 1.257 trillion South Korea Won (KRW), according to investor filings, up by 58% year-on-year. That figure converts to USD $1.098 billion at annual average exchange rates.

BTS were joined in the top three of the IFPI Global Artist Chart by two-time winner Taylor Swift, who finished at No.2 for the second consecutive year. She previously topped the 2019 chart.

Swift was the highest charting solo artist, followed by Adele, who secured third place, re-entering the chart for the first time since winning in 2015.

“BTS’ phenomenal success over the last year is a testament to their creativity, hard work and ongoing commitment.”

Frances Moore, Chief Executive, IFPI, said: “BTS’ phenomenal success over the last year is a testament to their creativity, hard work and ongoing commitment to continuing to find ways to bring their music to the world.

“By performing in three different languages, they demonstrate their extraordinarily unique global appeal and their dynamic and passionate fanbase has helped to make them the first artists in history to top the Global Artist Chart in two consecutive years.

“We would like to wish RM, Jin, SUGA, j-hope, Jimin, V and Jung Kook and all who work on their team huge congratulations on winning the Global Recording Artist of the Year Award and on another year of brilliant success.”Music Business Worldwide