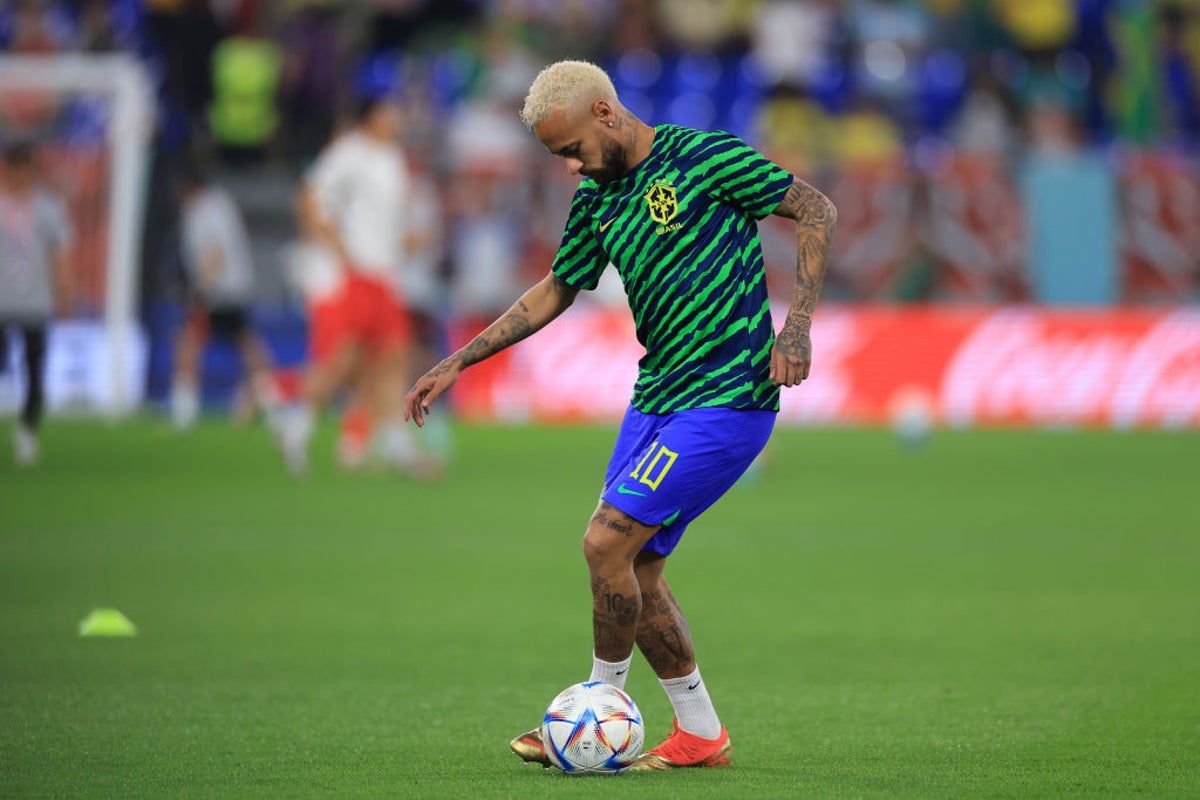 Moment: ‘Neymar will train and then we will see’ – Tite on return of forward

Brazil take on South Korea in their World Cup last-16 tie as they hope to positively respond after their shock 1-0 loss to Cameroon last time out.

Tite’s side are favourites to reach the quarter-finals and have been boosted by Neymar’s return to training this week although questions remain about his match fitness after recovering from an ankle injury.

South Korea come into the match with confidence following their sensational late victory over Portugal which saw them sneak into the knockout rounds at the expense of Uruguay.

Their best-ever performance at a finals was reaching the semis on home soil in 2002, can they repeat that feat 20 years later? The winner here will take on Croatia in the quarter-finals, after Luka Modric’s side defeated Japan on penalties. Follow all the action with our live blog below, following reaction from the Japan vs Croatia penalty shoot-out

16 mins: People will say that the penalty was a soft one to give which it was but they still need to get put away and Neymar delivered beautifully for this side.

Brazil are two goals up inside 15 minutes and look nailed on for a quarter-final place already.

13 mins: Neymar takes the penalty for Brazil. He switches up his run up pace then coolly slots a side-footed effort past Kim Seung-Gyu.

Brazil double their lead and Neymar moves to within one goal of Pele’s Brazilian record.

11 mins: A diagonal ball comes over to the left side of the box where Richarlison looks to bring it under control. He’s clipped by Jung Woo-Young and goes down in the penalty area.

The referee points to the spot and VAR doesn’t overturn the decision.

10 mins: It looks like a long way back for South Korea already. They last time they faced Brazil back in June they lost 5-1 and this early goal could spark another Brazilian masterclass.

Raphinha shimmies the ball inside of Hwang In-Beom and plays a one-two to get into the right side of the penalty area. He pulls the ball back across the box where Neymar lets it run through to Vinicius Junior.

He takes a touch to set himself before guiding and fine finish into the far corner!

6 mins: Brazil swiftly move the ball across the pitch before Eder Militao’s ball out to Raphinha is cut out by Kim Jin-Su. Raphinha attempts to quickly recover it but is too forceful in his tackle on the South Korean left-back and gives away a free kick.

3 mins: A forward pass from Marquinhos comes up to Richarlison who brings it under control before slipping a pass over to Neymar. He looks to get Richarlison into the box but his through ball is blocked and intercepted by Kim Young-Gwon.

It’s been a decent start from South Korea who don’t look too worried about taking on the number one ranked side in the world.

South Korea get this last-16 tie started and play the ball through the middle of the pitch where it’s won by Brazil. Tite’s side are heavily stacked in favour of attack tonight so expect some goals at the 974 stadium.

The national anthems are played and sung. The business of knockout World Cup football gets underway next.

Jesus and Telles out of World Cup

Gabriel Jesus and Alex Telles have been ruled out of the rest of the World Cup after picking up injuries in Brazil’s 1-0 defeat by Cameroon on Friday.

Brazil’s football association said it was “impossible” for them to participate any further in the tournament in Qatar. A statement read:

“Players Alex Telles and Gabriel Jesus underwent tests on Saturday morning accompanied by Brazil team doctor Rodrigo Lasmar and a MRI on their right knees confirmed the extent of the injuries and the impossibility of recovery in time to participate in the Fifa World Cup Qatar 2022.”