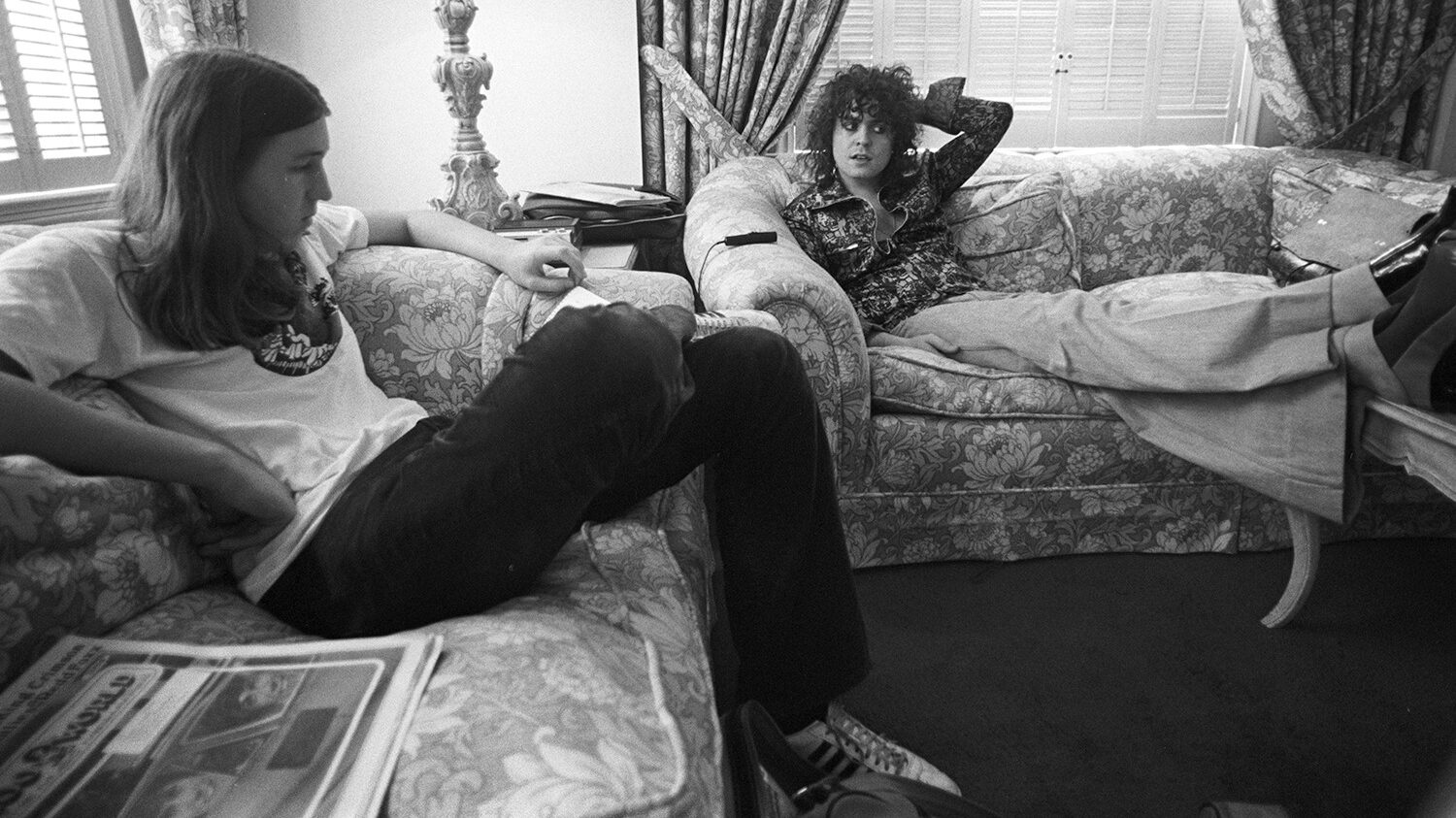 BMG has financed and executive produced a new feature-length documentary about Marc Bolan and T. Rex

Written and directed by Ethan Silverman, the film was produced by Bill Curbishley and Ethan Silverman, and is represented by Submarine Entertainment with Dan Braun as Executive Producer and International Sales Agent.

U2, Elton John, David Bowie, Ringo Starr, Nick Cave, Joan Jett, and filmmaker Cameron Crowe are among a star-studded cast set to feature in the film about Bolan, which BMG calls “one of the greatest rock composers and musicians of all the time”.

Titled Angelheaded Hipster: The Songs of Marc Bolan & T. Rex, the film will make its world premiere at the Tribeca Film Festival in June.

Angelheaded Hipster is the latest project in BMG’s growing line of music-related films and television projects, and the third film to be introduced by BMG in just the past month, following Moonage Daydreamthe new film about David Bowie, and DIO: Dreamers Never Die, which recently made its world premiere at the 2022 SXSW Film Festival.

Additional films include the critically acclaimed Sundance Film Festival selections David Crosby: Remember My Name (2020 Grammy nominated Best Music Film) and the Joan Jett documentary, Bad Reputation; Rudeboy: The Story of Trojan Records; and Echo In The Canyon, one of the top-grossing documentaries of 2019.

Recently, BMG partnered with Pulse and Quickfire Films and multi-Platinum, two-time BRIT Award-winning, Grammy Award-nominated singer-songwriter Lewis Capaldi for his debut feature-length documentary film and announced a multi-faceted global partnership with the Montreux Jazz Festival to launch the three-part documentary series, They All Came Down to Montreux, celebrating the history of the music festival.

According to a media statement from BMG, the new film looks at where Bolan was headed musically and artistically before his life was cut short in a tragic car accident at the age of 29.

In the late sixties and seventies Bolan was the biggest selling singles artist since the Beatles. In 2020, Bolan was inducted into the Rock & Roll Hall of Fame.

The film follows the release of the tribute album and musical companion album Angelheaded Hipster: The Songs of Marc Bolan and T.Rex by BMG in September 2020.

Featuring 26 “reimagined” songs culled from Bolan’s vast body of work released as T. Rex and Tyrannosaurus Rex from 1968 to 1977, in addition to archival fan and performance footage, the film is described as “a living document” combining a behind-the-scenes -scenes look at the making of the new album as the artists explore Bolan’s legacy “as one of the most influential yet enigmatic rock stars of all time”.

“Marc Bolan stands as one of the most influential musical figures of his time.”

Fred Casimir, BMG EVP Global Repertoire, said: “Marc Bolan stands as one of the most influential musical figures of his time. Like David Bowie, he was one of the first artists to show a younger generation that it was okay to embrace being unique, express yourself, and break barriers.

“Now, more than ever, his music and style continue to speak to the next generation.

Silverman said: “Bill and I want to move Marc Bolan from footnote to headline.

“While still a beloved figure in the UK and amongst some musicians and music fans, we feel he never received his due especially considering his ending influence.

“Marc Bolan’s unique spin on Rock & Roll, use of rhythm, poetic wordplay, and fearlessness deserve a fresh look. This film is neither a biopic nor a ‘making of’ documentary, rather it is a celebration of creativity looking backward and forward at the same time.”Music Business Worldwide