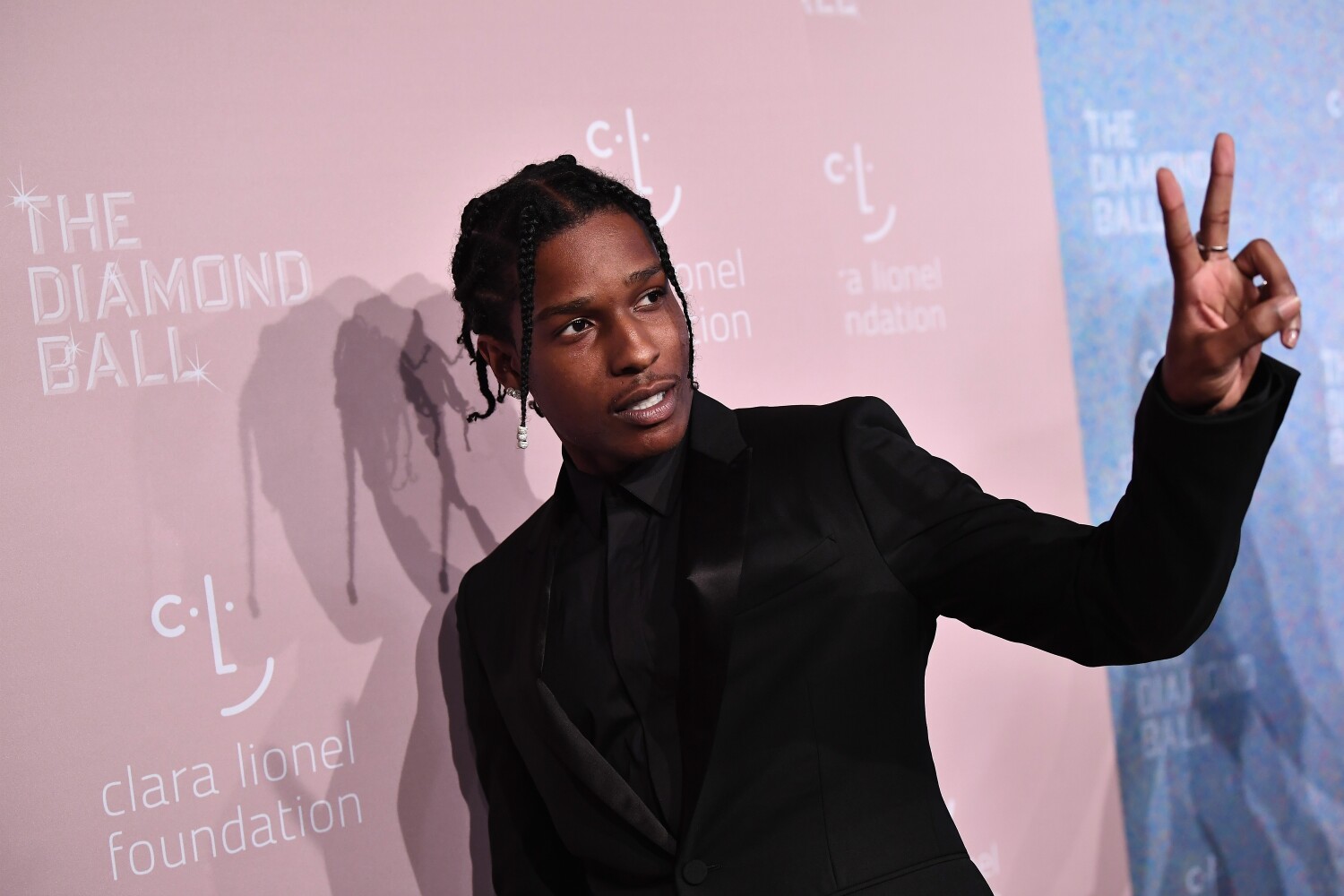 The Los Angeles district attorney on Monday charged rapper ASAP Rocky with assault with a firearm in connection with a shooting in November in Hollywood.

Rocky, whose real name is Rakim Mayers, faces two counts of assault with a semiautomatic firearm with allegations of personally using a firearm. He is slated to be arraigned Wednesday in a downtown L.A. courtroom.

“Discharging a gun in a public place is a serious offense that could have ended with tragic consequences not only for the person targeted but also for innocent bystanders visiting Hollywood,” said Dist. Atty. George Gascón in announcing the charges. “My office conducted a thorough review of the evidence in this case and determined that the addition of a special firearm allegation was warranted.”

Los Angeles police found multiple firearms at Mayers’ home while serving a search warrant following his arrest in connection with the shooting.

Mayers was arrested April 20 after stepping off a private jet at Los Angeles International Airport on his way back from Barbados, authorities said. He had been vacationing on the Caribbean island with singer Rihanna, who recently gave birth to their first child.

Mayers was arrested on suspicion of assault with a deadly weapon in connection with the Nov. 6 incident.

The 33-year-old rapper, along with two members of his entourage was previously convicted of aggravated assault in Sweden, when he was there for a festival performance in the summer of 2019. He was convicted after a trial in which a judge heard evidence about a street brawl in Stockholm in which the rapper was accused of stomping on a man after throwing him to the ground.

Mayers testified and maintained that he was acting in self-defense. A judge determined that the incident was not worthy of prison time.