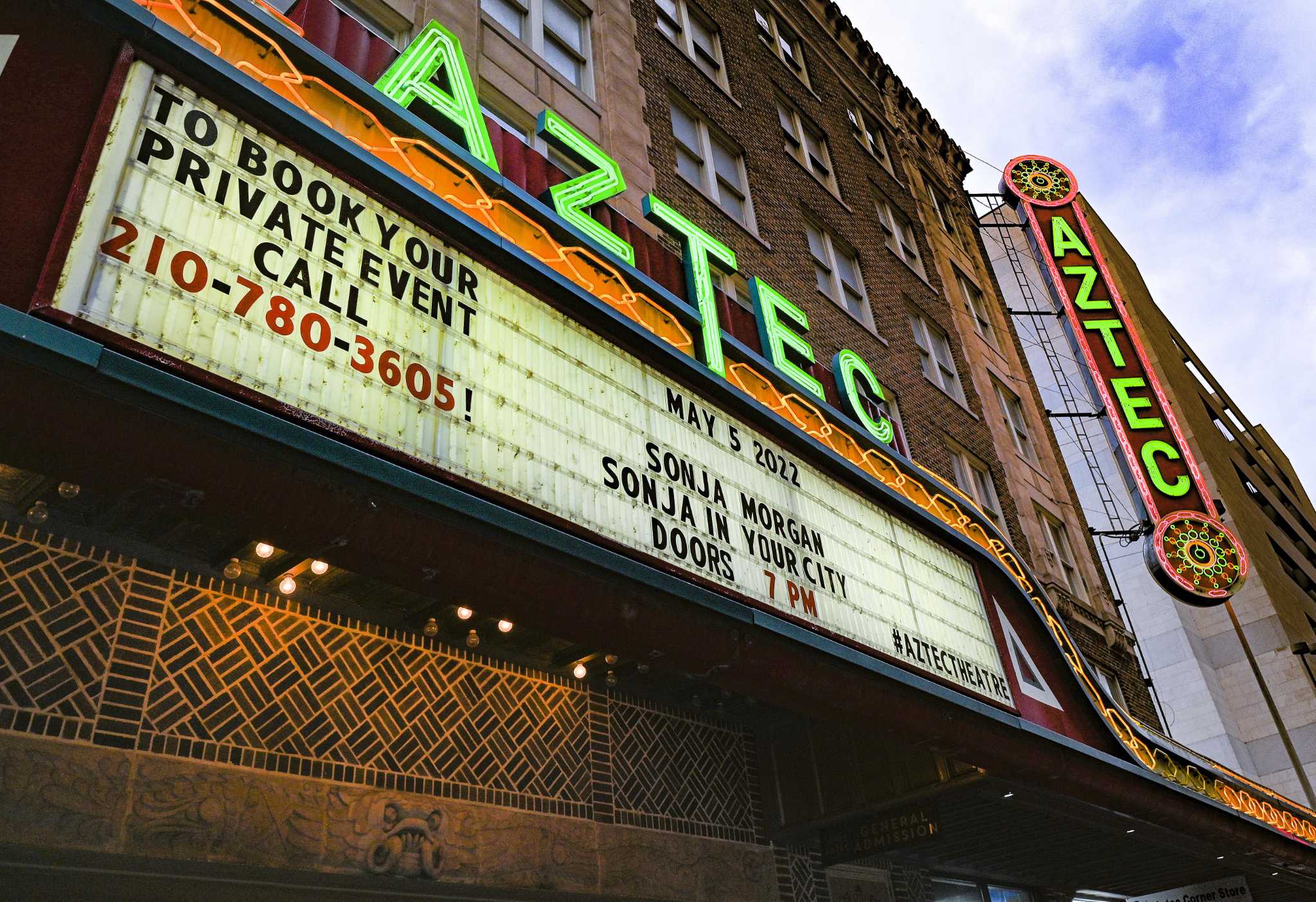 A Texas anti-LGBTQ group that calls itself This Is Texas Freedom Force is planning to show up to a Christmas drag show in San Antonio, calling on fellow “grass root patriots” to join them. The group posted a video on Monday, November 21, announcing its plans to protest outside of the Aztec Theatre on December 13 for the “A Drag Queen Christmas.”

The event, put on by Detroit-based drag show promoter Murray & Peter, is bringing a slate of popular drag queens made famous by RuPaul’s Drag Race. It is a show that is marketed for all ages but TITFF equates the drag show to taking “underage children to a strip club.” The video says drag shows should have an age limit of 18 or older, mimicking a bill proposed in June by state Rep. Bryan Slaton.

Dallas investigative journalist Steven Monacelli reported in late August that the members of this group showed up to a drag brunch at Anderson Distillery & Grill in Roanoke, outside of Dallas-Fort Worth. One of the TITFF members can be seen in a photo tweeted by Monacelli holding a bat wrapped in barbed wire at the Roanoke drag brunch. The member is wearing a patch with the TITFF logo on a tactical vest.

Another counterprotester at the drag brunch in Roanoke, Texas came prepared for violence. He’s carrying a baseball bat with razor wire wrapped around it. pic.twitter.com/GkUsMhVTeo

The far-right protesters in Roanoke were met by LGBTQ supporters, counter protesters, and blocked by an armed antifascist group.

NOW: Two counter protesters at the drag brunch in Roanoke, Texas get in the faces of people outside. One had called the antifascists outside “a bunch of pussies.” I ask them what they’re here to do today. See for yourself what they say. pic.twitter.com/skAfxAzysk

TITFF describes itself as a nonprofit organization that “works to preserve our Texas history and fights for Texans’ rights.” The far-right group says its motto is “Protect all things Texas” but its Twitter page is full of retweets from Newsmax and Georgia Rep. Marjorie Taylor Greene and rhetoric meant to feed into election denial.

Other far-right groups like the Proud Boys showed up to a LGBTQ and Pride family story time event in June at the public library in McKinney, a suburb outside of Dallas.

MySA reached out to the Aztec Theatre and Murray & Peter for comment.

The protest comes at a time where far-right politicians and media figures are spreading false claims that queer and transgender people are trying to groom children in schools and through drag shows.

Colorado Rep. Lauren Boebert has echoed these claims publicly on Twittersaying the “Left is grooming our kids” in May. On Saturday, November 19, a 22-year-old gunman shot and killed five people and injured over a dozen more at a during a drag show at an LGBTQ nightclub in Colorado Springs.

The Southwest Workers Union, a local social justice group, posted to Instagram that it plans to counter protest the TITFF group to “stop the fascist creep in San Antonio.” It says there is no central organizer of the event so SWU encourages other organizations to show up.

“The queer and trans communities are under constant attack from their neighbors, co-workers and politicians,” the post says. “We must show up to protect their right to exist peacefully, particularly against the far-right reactionary forces that propel fascist candidates into power.”