When AMD announced the Radeon RX 6600 XT a few months ago, it was positioned as the ideal 1080p gaming card, with the potential to offer decent 1,440p performance in certain games. Now there’s the lower-tier RX 6600 and the story is pretty much the same — except, you know, worse. I suppose the existence of an “XT” card implies a more mainstream version eventually. But after testing out the RX 6600 for the past week, I’m still wondering who this card is for. 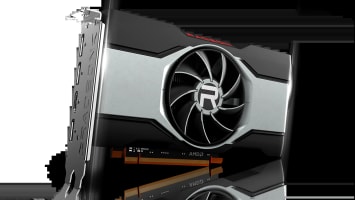 AMD, a company with a reputation for creating budget-friendly cards that packed a decent punch, probably wanted to stay true to its roots. But unless it can guarantee a price close to MSRP, the RX 6600 just seems out of place in today’s gaming landscape. As you’ll see in our testing, it’s a capable 1080p gaming card. But its ray tracing performance is terrible, and it can’t take advantage of NVIDIA’s DLSS technology, which uses AI to boost performance.

Given those specs, I predicted the RX 6600 would be a decent 1080p card and not much else. And for the most part, that’s what my testing proved: It reached a solid 120FPS in Destiny 2 while playing in 1080p with maxed out graphics. Once I pushed the game to 1,440p, though, it fell to 80fps. That pattern held true for pretty much everything I tested. Hitman 3’s benchmark reached a respectable 138fps in 1080p with graphics settings cranked to the maximum, but only 94fps in 1,440p.

If you’ve got an AMD Ryzen 5000 CPU (or some 3000 models), the RX 6600 will be a slight upgrade thanks to Smart Access Memory. That’s a feature that basically lets your CPU directly address all of your video card’s RAM, and it’s something you can’t use at all if you’ve got an Intel CPU. I had SAM enabled on my testing rig, which was powered by a Ryzen 7 5800X and 32GB of RAM, in case you were wondering.

Ray tracing was also a lost cause with the 6,600 — just flipping on ray traced reflections in Control slowed the game to a meager 35fps. Without ray tracing, it was at least playable in 1080p, hitting between 60 and 70fps. Now Control is a notoriously tough game on GPUs, but at least NVIDIA cards let me get decent framerates with ray tracing thanks to DLSS, which uses AI processing to upscale the game from a lower resolution. AMD’s alternative technology, FidelityFX Super Resolution, isn’t supported in Control yet. That solution is also cross-compatible with NVIDIA cards, so you won’t need a Radeon GPU to take advantage of it — which again makes me wonder, why would you get the RX 6600 instead of the 3060?

I could see it being a worthwhile card for a very specific gamer: Someone who has a small case and doesn’t want to upgrade beyond a 450 watt power supply. The RX 6600 has a total board power demand of 132 watts, compared to 170 watts on the RTX 3060. That’s a major reason why it runs so cool, reaching only around 70 celsius under load (the 3060 typically runs between 70 and 75 celsius when stressed). Still, I can’t imagine that someone who wants to shell out $329 for a GPU (and realistically much more), would limit themselves based on a weak power supply.

A good PC upgrade is one that’ll last you for years, and, unfortunately, I can’t imagine that’ll be true of the RX 6600. Solid 1080p performance is a nice feature to have today, but 1,440p monitors are getting cheaper and games are becoming more demanding. Who knows if the 6600 will be able to handle a flagship title in a few years even at 1080p. And if you end up upgrading to a 1,440p, ultrawide, or 4K screen over the next few years, you’ll have to upgrade immediately.

The Radeon RX 6600 could be a decent contender if the GPU market stabilizes and AMD pushes the price below $300. But for now, it’s a misfire that only makes sense if you can’t get your hands on an RTX 3060.

Zimbabwe has been paying attention to the increasing demand for crypto among its people, which it views as a possible avenue for growth. The...

Report: 57% of all ecommerce cyberattacks are bot-driven

According to a 12-month analysis by Imperva Research Labs of cybersecurity risks impacting ecommerce, 57% of all attacks recorded on ecommerce websites were carried...

According to new legislation passed by the upper house of the country’s national parliament today, crypto businesses in Kazakhstan may soon be subjected to...

If you don’t pay your taxes, you don’t have a right to vote: Shaukat Tarin

With Bitcoin trading within 2% of its all-time high while Ethereum, Solana, and Polkadot push into previously uncharted price ranges, CoinGecko estimates that the...

Official statement from the Labour Party Notification of data incident: We wish to inform you that a third party that handles data on our...

‘Resistance is futile’ — 5 things to watch in Bitcoin this week

Bitcoin (BTC) starts a new week on a high in more ways than one as BTC/USD seals its highest ever weekly close. After days...

How to Rank in Google Image Search Page 2021?

Want to rank in Google image search? Images that you use as a featured images when writing a post actually appear on Google Images...

In this post, I will discuss the top ten profitable blogging niches ideas for Adsense approval and high traffic. whether you use Blogger or...

Which Sonos speaker should I buy on Black Friday?

Sonos is one of the most popular wireless speaker brands in the world, and for good reason – its range of portable Bluetooth speakers,...