Amazon has agreed to buy MGM, the storied film studio behind James Bond and Rocky, for $8.45bn, propelling media dealmaking so far this year to its highest level since the turn of the century with more than $240bn worth of transactions announced.

The ecommerce giant’s deal, its biggest acquisition in the media sector, follows AT&T’s decision this month to combine WarnerMedia with Discovery to create a movies and TV company with an enterprise value of more than $130bn. The combined group hopes to compete with Disney, Netflix and Amazon in the streaming race.

The MGM deal is Amazon’s largest since the $13.7bn purchase of Whole Foods in 2017, and the latest signal that it is willing to spend heavily on content for its streaming services. Earlier this year the company signed an agreement worth around $1bn per year to stream the NFL, one of several recent sporting rights acquisitions.

“The real financial value behind this deal is the treasure trove of IP in the deep catalog that we plan to reimagine and develop together with MGM’s talented team,” Mike Hopkins, senior vice-president of Prime Video and Amazon Studios, said in a statement Wednesday. “It’s very exciting and provides so many opportunities for high-quality storytelling.”

Amazon spent $11bn on content in 2020, up from $7.8bn in the previous year, as it doubles down on its effort to attract and retain new members to its $119-a-year Prime membership scheme.

In a recent shareholder letter, chief executive Jeff Bezos said there were now more than 200m Prime members. In a separate filing, the company said 175m of them had watched its streaming content in the past year.

The value of deals announced in the media sector so far this year is the highest since 2000 and up 640 per cent compared with the same period of 2020, according to data from Refinitiv.

The M&A spree has been driven by broadcasters, entertainment companies and tech groups that want to bulk up on content to attract subscribers to their streaming services.

Disney, Apple, WarnerMedia, Comcast and Discovery are among the companies that have launched streaming platforms in the past 18 months. 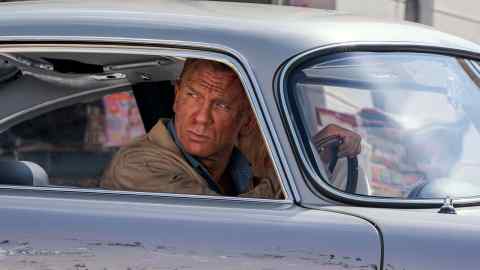 Apple and Comcast had also been competing to buy MGM, which is controlled by US hedge fund Anchorage Capital and a consortium of financial investors, according to people briefed on the talks. Amazon prevailed because it was prepared to pay roughly $3bn more than its closest competitor, the people added.

“Streaming competitors are using M&A to increase scale and be better positioned to create and acquire exclusive content, which is critical to driving subscribers,” said Marco Caggiano, co-head of North America M&A at JPMorgan.

Dealmaking in the sector has been fuelled in part by the failures of telecom groups such as AT&T and Verizon, which unsuccessfully attempted to build integrated content and distribution powerhouses.

AT&T last week announced it would spin off WarnerMedia — the owner of CNN, HBO and Warner Bros — which it agreed to acquire for $85.4bn five years ago. In February, the telecoms company also sold a 30 per cent stake in DirecTV to US private equity group TPG, valuing the ailing television business at $16.25bn — roughly a third of what AT&T paid for it six years ago.

Verizon announced this month that it was selling Yahoo and other media assets to US private equity group Apollo Global Management for $5bn, just five years after the telecoms group spent $9bn bulking up on content assets, including the Huffington Post.

Sign up here to receive Due Diligence, top stories from the world of corporate finance, sent straight to your inbox every Tuesday to Friday

Einride preps for a US expansion, Argo AI reveals its lidar specs and a Tesla Autopilot reality check – TechCrunch

How To Improve Your Business Travel Experiences Post-Pandemic