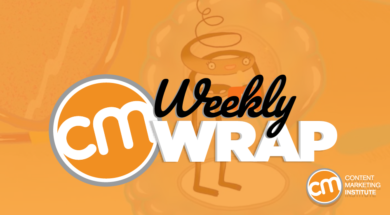 A new campaign from Gillette Venus tries to destigmatize pubic hair. A digital series from L’Oréal Professionnel aims to outdo traditional product marketing. And Constant Contact reveals eye-opening email response-rate data. Let’s take a closer look at what to learn from these examples.

Gillette takes on pubic enemies (and, no, that’s not a typo)

Only 18% of women refer to pubic hair by its proper name, according to a study sponsored by Gillette Venus, a P&G brand. And that, the company believes, indicates an unfair stigma on natural parts of the body, as Shannon Miller writes in Adweek.

In response (and to launch its Venus for Pubic Hair and Skin Collection), the razor retailer created #SayPubic, a campaign that has a lot more going for it than an attention-getting hashtag. It also has a theme song and video called #ThePubeSong. Yes, animated pubic hairs sing about how they want to lose the stigma. You can watch the video on any of the brand’s social channels, including TikTok:

Influencers like Graceorsomething have also created TikTok videos based on the song:

WHY IT MATTERS: The goal to remove the stigma around pubic hair sounds lofty. But the song also is a creative way for Venus to stand out in the women’s razor market. Some perceive it as brave or funny and others as something less than appealing. But people are talking about it, writing about it, and buying the products. The website indicates the Venus for Pubic Hair and Skin Collection stock is sold out – and the company is collecting the email addresses of people who want to be on the waiting list.

What to make of #ThePubeSong and #SayPubic from @GilletteVenus? It’s the kind of #ContentMarketing that gets people talking (and, apparently, buying) via @CMIContent. #WeeklyWrap Click To Tweet

The first installment of Run Le Hair Show from L’Oréal Professionnel Paris debuted on YouTube this month, attracting more than 275,000 views in its first week. Produced like a TV program, each of the show’s seven episodes will feature hair trends, tips for professional stylists, interviews with hair designers and product innovators, and well-being advice. The 30- to 45-minute episodes are available in six languages.

WHY IT MATTERS: L’Oréal Professionnel Paris seems to recognize that education and inspiration resonate better with its hairstylist and salon-owner audiences than sales messages do.

“Instead of product marketing, the digital-only series uses content marketing to forge deeper connections with its consumers than possible with traditional advertising channels,” writes Marketing Daily.

By fostering a community through its entertaining and valuable content, L’Oréal can reach its audiences around the world. And given the views in episode one’s first week, results would indicate it’s working.

Read these email benchmarks from Constant Contact with one raised brow

Every month, Constant Contact analyzes over 200 million emails sent by its clients and publishes response-rate averages for 34 industries.

The three industries with the highest open rates were government agency or services (28.98%), religious organization (28.84%), and education – primary and secondary (28.35%).

WHY IT MATTERS: It’s hard to set benchmarks for email programs, especially when a program is just starting. The Constant Contact resource can help. These metrics also can be useful when executives want to understand how well your email content marketing is performing compared with others in your industry.

Why raise an eyebrow? Industry benchmarks may be a starting point for evaluating your email performance. Just don’t stop there. Look at your email data regularly to see how your open, click-through, and bounce rates rise or fall. In your analysis, consider more details than the Constant Contact data addresses, including topics, subject lines, time of day, etc. Figure out what works best for your audience. Then do more of that.

The #EmailMarketing benchmarks from @ConstantContact are a handy resource. Just don’t stop there when evaluating your email performance via @CMIContent. #WeeklyWrap Click To Tweet

HANDPICKED RELATED CONTENT: 6 Email Newsletter Ideas for More Opens, Clicks, and Shares
Intrigued, puzzled, or surprised by an example, news, or something else in content marketing? Share it with us by completing this form. Your submission may be featured in an upcoming Weekly Wrap.

Twitter users could soon be able to tip their favourite accounts

WhatsApp will soon make it easier to shift between iOS and Android; Here’s how